The Jordan Compact: Three Years on, Where Do We Stand? | Center for Global Development | Ideas to Action Skip to main content

Tackling the Realities of Protracted Displacement: Case Studies on What’s Working and Where We Can Do Better
Cindy Huang et al.
April 17, 2018

The international community is meeting in Brussels this week for the third conference on supporting the future of Syria and the region. While the conference partly focuses on achieving a sustainable political resolution to the Syrian crisis, it also supports the primary host countries of Syrian refugees in the region: Jordan, Turkey, and Lebanon.

The 2016 Jordan Compact was game-changing to how host countries and the international community respond to protracted refugee situations. Jordan has effectively become the model for refugee compacts, providing important lessons learned on which to build subsequent iterations in other protracted displacement contexts. The Compact crowded in concessional financing and beyond-aid incentives, like trade concessions that relaxed rules of origin (ROO) to export to Europe, to support inclusive growth for Jordanians and Syrian refugees alike. These incentives came in tandem with important policy advancements by the government of Jordan, especially around access to livelihoods and self-reliance opportunities for refugees. Critically, the set of policy changes is also designed to benefit Jordanian host communities. For example, reforms included those that improve access to and the ability to register businesses among Jordanians, and improve the business environment and thus facilitate better wages and working conditions for all.

The Jordan Compact came together in large part thanks to significant political will amid the 2015-16 refugee crises in Europe. As the Syrian crisis grinds on without a political resolution, refugees remain displaced, and likely will continue this way for the foreseeable future. The reality of displacement today is protracted—once displaced for five years, a person spends an average of more than 20 years displaced from home. The Syrian refugee situation, already in its ninth year, is unlikely to be different, and planning for medium- and long-term response is pragmatic and necessary for national development. While there have been significant bumps in implementation, Jordan has seized the opportunities for growth enabled by the Jordan Compact and international political will. The question now is how to sustain this growth and engagement sustainably beyond large-scale, annual pledging conferences.

The recent launch of the London Initiative in February is evidence that Jordan and its partners are making progress on answering this question. The London initiative sets out a strategic agenda and establishes partnerships aimed at solidifying a “renewed focus on growth and economic transformation.” This can be viewed as natural evolution and outgrowth of a focus on refugees and the global public good Jordan is providing as a host country. As the London Initiative communique recognizes, Jordan is a key pillar of regional stability. The London Initiative builds on the approach and collaboration created through the Jordan Compact, expanding it to generate international support for inclusive growth in Jordan that enables it to meet its commitments as a host country and geostrategic partner.

The agreements and commitments made at the London Initiative, including $1.8 billion in pledges to support the Jordan growth plans and a UK commitment of $250 million to underwrite a World Bank loan, are highly complementary to the work of the Jordan Compact. The Compact itself is far from perfect. The next phase of implementation presents an opportunity to synch Compact objectives and outputs with and support the vision of the London Initiative—with the goal of achieving and accelerating the results of both.

Jordan has made important progress on the Compact

The Jordan Compact was one of the first significant efforts to extend labor market access to refugees as part of a new response to protracted displacement focused on inclusive growth for refugees and hosts. A number of substantial and effective course corrections have been made over the last three years, and Jordan should continue to identify challenges and adjust policies and practices to alleviate them.

The initial rollout focused too much on simply increasing the number of work permits granted to Syrian refugees and failed to prioritize policies and programs that fit the local context and met the needs of refugee and host populations. Incremental adjustments made since then include expanding the sub-sectors Syrian refugees are permitted to work in and establishing a committee to consider opening other sectors to Syrians; making work permits in some sectors seasonal and/or not tied to one employer; implementing the home-based business registration policy in 2017 and then extending it to cover Syrian refugees in host communities; and other tweaks. These policy changes have been complemented by efforts around better educational access for refugee children and some access to financial services.

The special economic zone (SEZ) elements of the Jordan Compact, especially the relaxed ROO available to companies in SEZs hiring 15 percent of Syrian refugees in their workforce, was potentially transformative in theory but was ill-suited to the realities on the ground. While the 15 percent requirement is an improvement from previous higher thresholds, SEZs remain far from where most Syrian refugees are located and offer working conditions and wages that are often unsatisfactory. More recently, the European Union (EU) and Jordan agreed to extend the ROO access to qualifying companies outside of SEZs, once Jordan has granted 60,000 active work permits to Syrian refugees. This can significantly reconfigure what the ROO and preferential export market access can deliver to Jordan’s growth, allowing companies more conducive to Syrian refugee employment access to European markets. The extension benefits more Jordanian businesses outside of the SEZs by granting export access to the EU. It also incentivizes Syrian refugee employment and opens new job opportunities for Syrians (and Jordanians) in places closer to where they live and in working environments better match their preferences.

But adjustments still need to be made

Important and significant progress has been made, largely spurred by Jordan and facilitated in partnership with donors. Jordan and its partners should continue prioritizing adjustments to the Compact—reassessing policy and implementation efforts and course-correcting where measures are not yet on track to achieve impact. Implementing monitoring efforts, including some of those agreed to at the Brussels II conference in 2018 and as part of the London Initiative, can help further the important progress made by Jordan toward greater self-reliance and inclusive growth for refugees and hosts.

Overall, where does Jordan go from here?

The incremental and effective improvement Jordan has made to the Compact has made important contributions to improved livelihoods. The next phase of the Compact should coordinate with and support the London Initiative.

It will be a huge success if supporting refugees is considered part of regular national planning and economic development strategies. While ensuring the specific needs and dynamics unique to refugees are taken into account, approaching Jordan’s development holistically can unlock additional growth opportunities and international investment.

Thanks to Mathilde Vu and Lauren Post for their thoughtful comments and feedback. All errors are our own. 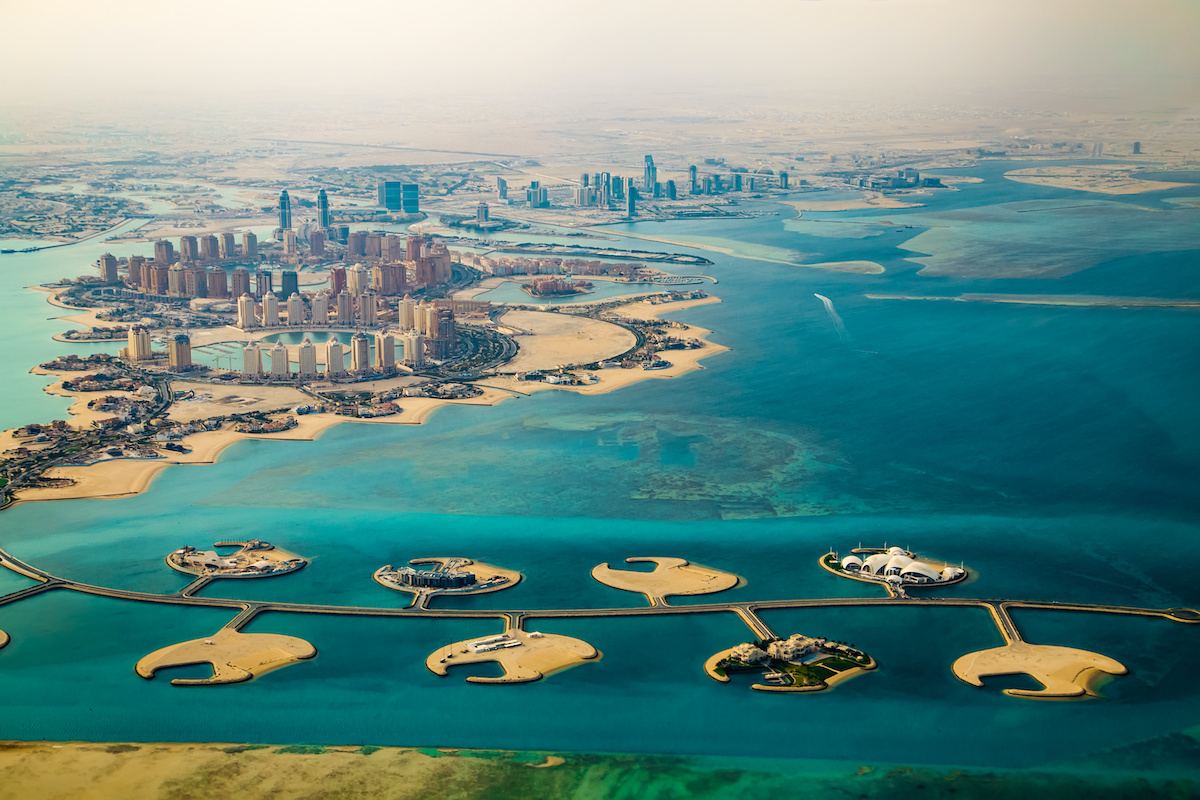 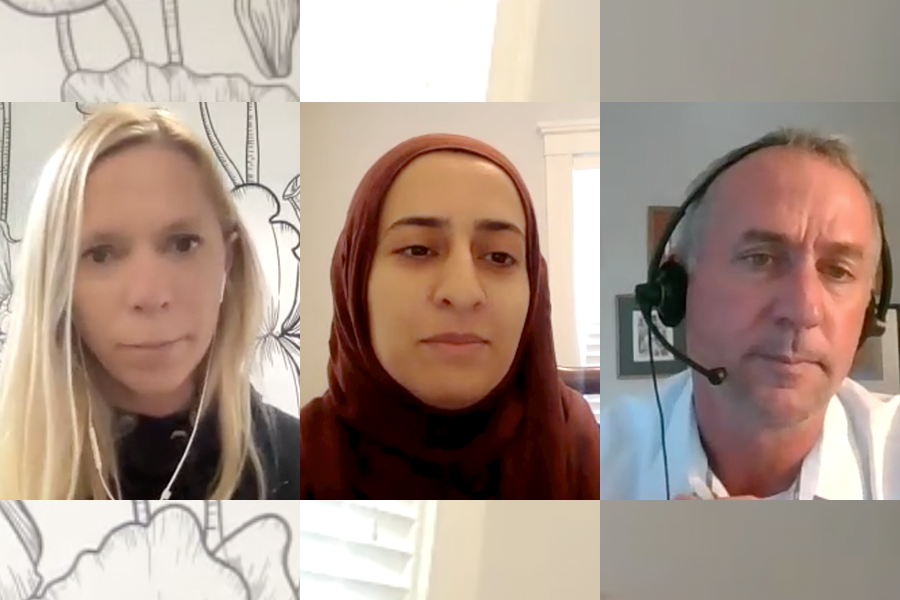 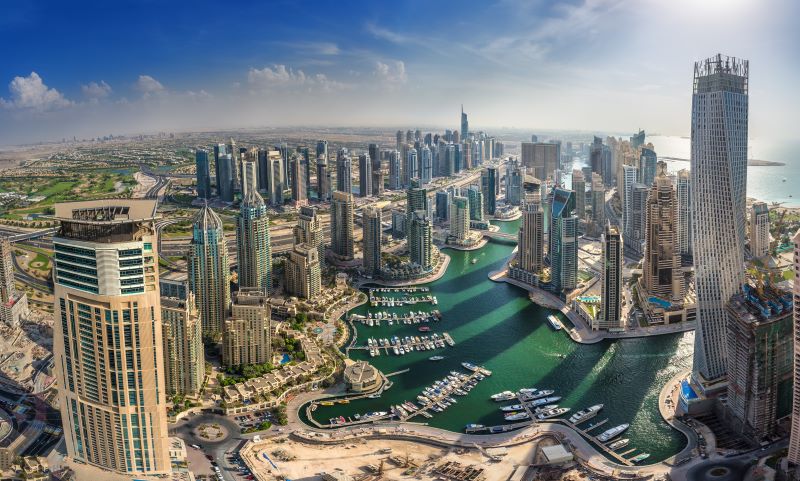 The Gulf Migration Model: Can It Be Sustained?
Charles Kenny
October 08, 2021