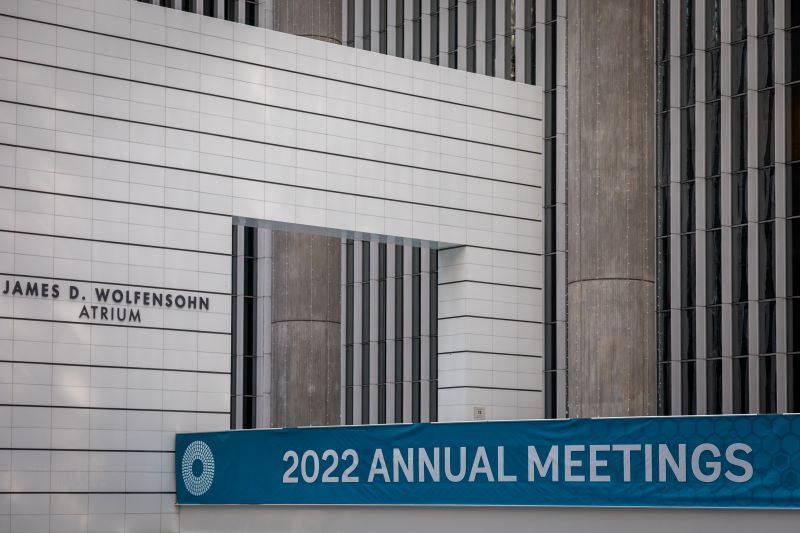 At the Annual Meetings of the World Bank and IMF in October last year, shareholders asked the World Bank to come up with a set of proposals to take a larger role in climate and other global public goods. The Bank’s first response came pretty quick: by mid-December, only a couple of months after the request, the institution sent an evolution roadmap to the World Bank board. It is very much worth a read, with much to like but much to panic over, too. Unsurprisingly, given the timeline, a lot more thinking is needed.

On mission: The Bank suggests it is a good time to revisit the twin goals of eradicating extreme poverty and boosting shared prosperity in a sustainable manner. The roadmap notes that it “is expected that, by the end of the 2020s, the majority of the world’s extreme poor will… reside in LICs [low-income countries] even though they make up less than 10 percent of the global population”—suggesting an extreme poverty target is irrelevant for most client countries. With regard to shared prosperity, the document floats “adding a focus on raising national median income and paying enhanced attention to the gaps in prosperity between countries.”

I hope to say more later on a better approach, but broadly it is to suggest the Bank adopts the goals of eliminating poverty under $2.15 a day and maximizing growth away from that line. That would retain a prioritized focus on the world’s poorest while acknowledging $2.16 is still an utterly inadequate level of consumption, and growth above that level is an important global priority. This could be matched with a relative poverty target within countries. But the stranger part of the mission section of the roadmap document regards the question “how can the World Bank Group ensure appropriate focus on global challenges in its Mission statement?” The question is asked, but goes utterly unanswered—even in terms of potential options. This seems a little concerning given that the main point of the evolution process is to embed global challenges in the institution’s operational and financial model.

On volumes and subsidies: I think the roadmap is absolutely right to clarify “[t]he WBG will need substantial additional financial capacity to respond to a more ambitious, updated Mission.” The Bank Group needs (a) capital increase(s) (general or climate-specific) alongside better leverage of existing capital. I think the roadmap is doubly right on the need to protect IDA resources for IDA countries. But I don’t see how to ensure contributions to World Bank climate subsidies in middle income countries don’t come at the expense of future IDA rounds, making people in poor countries pay twice for climate change. It is also disappointing to see the implicit assumption that the one tool at hand to promote demand for lending toward global public goods is subsidies. What about movement toward less bureaucratic financing models?

And when it comes to using subsidized cash, the lack of detail is even more concerning. The document proposes attracting lots of money to provide subsidies to projects with global public good elements, but makes no case made that those resources would be used efficiently. Past climate funds inside and outside the Bank appear to be terrible at maximizing greenhouse gas reductions per dollar spent, for example, financing projects with two or three orders of magnitude differences in terms of cost per tonne of CO2 mitigated. And it is concerning that the International Finance Corporation (IFC) thinks it can build “on the lessons learned about the catalytic effect of IDA’s Private Sector Window (PSW) in LICs” to develop a multi-donor trust fund for climate, given the lesson learned about the PSW’s catalytic effect is that there really isn’t much of one at all. The nightmare scenario of financing being diverted from effective development projects in the world’s poorest countries to subsidize ineffective ‘climate’ projects in richer middle-income countries is pretty much what you would expect on this record. Before proposing the trust funds and the retained profits to back those subsidies, the Bank needs a far stronger case that resources would be effectively used and would not come at the cost of world’s poorest people who are still, at least for the moment, front and center in the first of the institution’s twin goals.

Then there is the subject of cooperation: The roadmap might leave you thinking the World Bank is the only potential source of financing for global public goods. It isn’t. There are existing global institutions already providing climate and pandemic-related financing including the Global Climate Fund, Gavi, and all of the other multilateral development banks. Perhaps they have a comparative advantage in some elements of the agenda. Discussing relative roles and responsibilities should be an urgent priority, even if it is one that clearly needs to involve shareholders, too.

Finally, on process: The considerable gaps in thinking in the document is an important reason it should have been publicly released. There are a lot of people outside the offices of 1818 H Street who have knowledge, experience, and ideas relevant to the discussion. As much to the point, the World Bank should be seeking the legitimacy that comes with an open debate on evolution, in particular in its client countries. It was impressive to create a first evolution document in two months, it was a travesty to then sit on it for a month or longer given the whole evolution discussion is meant to take only a year. Future documents regarding the evolution should released within days of Board distribution, not a few months. The Bank Group should live up to what it says in the document about ”building consensus in a transparent, inclusive, and consultative manner.”

I think the Bank can and should do more on global public goods. I agree with the roadmap that means more resources for operations in middle income countries. But those resources should be spent effectively, and they cannot come at the cost of the world’s poorest people. The roadmap is a long way from guaranteeing either outcome or even laying out the route to global consensus on how to achieve those outcomes.