The CARES Act: A Down Payment on Global COVID-19 Response Efforts? | Center for Global Development | Ideas to Action Skip to main content

The CARES Act: A Down Payment on Global COVID-19 Response Efforts? 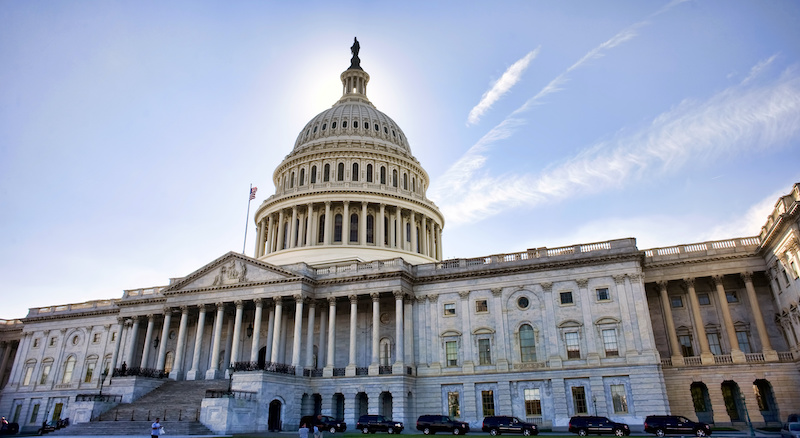 While the vast majority of the Coronavirus Aid, Relief, and Economic Security Act (CARES Act) signed into law late last week is devoted to domestic response and relief, the measure does include modest supplemental foreign aid funding and pending authorizations for international financial institutions to support the international response. These provisions, combined with the foreign aid funding provided as part of the initial supplemental legislation, are important. In a global economy, disease outbreaks are difficult to contain. And a disease that persists outside our borders continues to pose a threat inside them. Beyond that, the US has a vested interest in protecting hard-won development gains supported by past US investments, which could be undone by the pandemic and its economic blow. Given the magnitude of the threat posed by COVID-19—and the challenges many low- and lower-middle-income countries will face when left vulnerable by weak health systems and economic constraints—the funding provided so far should be viewed as a down payment.

The latest relief package includes, among other things, funding for USAID—which has a critical role amid the crisis and will need to grapple with a variety of challenges to mount an effective response—and authorizations for the international financial institutions—which are the go-to global mechanism for quickly getting large-scale financing to countries that need it. Here are some of the details:

The CARES Act includes $258 million in additional funding for USAID’s International Disaster Assistance account and $95 million for the agency’s operating expenses budget—as well as $350 million for the State Department-managed Migration and Refugee Assistance account, to protect some of the world’s most vulnerable populations from a rapidly spreading pandemic. This funding comes in addition to $985 million appropriated to USAID in the initial supplemental package—which included $200 million for the agency’s Emergency Reserve Fund, a pot of money created with foresight by Congress in the FY17 omnibus spending bill to respond to critical disease threats. Having these additional resources will help prevent USAID from being forced to redirect other existing funds—at least in the near term. But programming that money efficiently could prove challenging. While USAID has the benefit of a large global footprint and an impressive track record of providing lifesaving support in difficult settings, the scale and scope of the COVID-19 pandemic is unprecedented and could force the agency to confront longstanding obstacles that limit its flexibility and capacity to adapt amid evolving circumstances.

Here are a few areas to watch.

Despite operating throughout much of the world, USAID’s partner base is limited. In fiscal years 2017-2019, roughly 80 percent of the agency’s funding went to only 75 organizations. In fact, USAID leadership launched the New Partnership Initiative (as part of a broader procurement reform effort) to broaden the agency’s partner base, including by expanding its roster of local partners. Bringing a strong understanding of contextual factors, a robust community network, and greater assurance of sustained effort, local partners will be critical to efforts to stop COVID-19. In addition, the unfolding pandemic is likely to stretch aid workers thin around the world (exacerbated by a patchwork of travel restrictions)—further underscoring the need for local partners.

But USAID has faced a number of restrictions that often prevent it from providing aid directly to governments—and the agency has struggled over many years to identify local partners that can meet the onerous requirements placed on implementers. The agency will need to communicate with Congress about any potential barriers to the effective programming of assistance through local partners, and be open to revisiting and adjusting its risk appetite, as needed.

The agency should also consider increasing its use of direct cash transfers to help families and communities weather the unfolding economic crisis. (Though, admittedly, some places are better equipped to rollout digital payments than others.)

To speed the process of getting funding out quickly, USAID is likely to modify existing funding agreements (a common practice) to address needs that emerge amid the pandemic. The agency has reportedly received high initial marks from current implementing partners on its communication and flexibility. Agency leadership has also signaled recognition that conditions on the ground are also likely to call for more expansive—but still judicious—use of competition waiver authorities.

There are parts of USAID that are more agile—namely those tasked with responding directly to crisis, such as the Office of Foreign Disaster Assistance (OFDA), and to a certain extent the Office of Transition Initiatives (whose mandate involves operating in non-permissive environments). When faced with a large-scale crisis that overwhelms local mission capacity to respond, OFDA can deploy a surge team of experts—known as a Disaster Assistance Response Team (DART)—to the field to coordinate and manage the response. But cases of COVID-19 have been confirmed in 200 countries and territories, meaning USAID missions around the world are likely to face crisis conditions simultaneously, which could easily stretch OFDA’s surge capacity past its limits. It will fall on USAID mission staff—who are typically more accustomed to the long, often cumbersome, process of designing and awarding funding for “typical” development projects—to start thinking and acting more like the agency’s disaster response operators.

To add another layer of complication, many mission staff have been granted authorized departure from post in light of the pandemic. While they’re working remotely, it will be far from business as usual.

The CARES Act includes a provision that will allow USAID and the State Department to hire contractors more quickly and easily in order “to prevent, prepare for, and respond” to COVID-19. This is sensible, but it’s worth noting—as my colleagues Jeremy Konyndyk and Cindy Huang did in a 2017 report—that outside of the agency’s disaster response operations, USAID has struggled to use its limited surge capacity. So questions remain about how USAID can best ramp up its capacity.

USAID has acknowledged that its traditional program design and award process is slow and can prove overly prescriptive in crisis. The agency has been working to facilitate the use of adaptive management, particularly where it operates in complex environments. This may be the chance to put the agency’s recent thinking on how to implement a more flexible, responsive approach to use. Not only will USAID need to account for COVID-19’s spread in different contexts, the implications for local health systems, and the interruption previously planned programming, but it will also need to consider the scope and depth of economic downturn. This is likely to involve challenging dynamics around who is hit hardest and potential interplay with drivers of fragility.

The surge of spending in response to the COVID-19 crisis increases the need for accountability. But the way expectations for accountability are framed matter. In this fluid environment, programming will need to be managed adaptively. Accountability that focuses largely on tight controls and reporting against targets strangles the ability to adapt—and ultimately compromise results. This note, authored by American University Assistant Professor Susanna Campbell, Johns Hopkins University Assistant Professor (and CGD non-resident fellow) Dan Honig, and CGD policy fellow Sarah Rose, provides guidance on how an accountability framework can allow for more adaptive management.

Inevitability, limited resources and capacity will lead to necessary prioritization. USAID will need to coordinate with other donors—both multilateral and bilateral—to minimize gaps in support, avoid duplication of effort, and maximize the impact of its funding.

Another major challenge, which recent reporting highlights, may be the ability of USAID to obtain or distribute critical medical supplies and equipment, including personal protective equipment (PPE), amid domestic shortages. One recent report even suggested the administration has paused US support for getting PPE to get to low-income countries, raising serious concerns about the United States’ ability to support safe and effective response efforts and undermining US standing with partner countries. The potential for such limitations in the US response also makes coordination with other donors and stakeholders all the more critical.

While we can’t know the full magnitude of the crisis, what we do know suggests that USAID and other international actors are headed into uncharted waters and the agency’s needs are likely to evolve as the situation does. This is a time when regular communication between the agency and Capitol Hill is vital. USAID should begin a series of ongoing conversations about its evolving needs with respect to funding (additional), authorities, and other flexibility. A policy of regular updates and consultation will be all the more crucial following the departure of Administrator Mark Green, whose prior experience in Congress and long record working in development had earned him the trust of many on Capitol Hill and in the development community.

These authorizations were all included in the president’s budget request for FY21—and likely would have been incorporated in any end-of-year spending package. (Though the crisis may have given helpful momentum to the authorization to extend and expand US participation in the NAB, which in past iterations has incited disagreements over budget scoring.) Getting them done now sends an important signal that the US understands the value of these institutions and provides the institutions themselves with greater certainty as they increase lending to countries grappling with both the health and the economic dimensions of the current crisis. The administration could use its voice in the G20 to support a call by member countries for increased IFI lending. And Congress could go even further to shore up support for the IFIs by appropriating funds for installments toward existing pledges or even pay down its arrears. According to the administration’s most recent budget documents, US unmet contributions to IDA total around $1.72 billion, while the US has failed to follow through on $328.2 million in payments to the African Development Fund.

There’s already some talk that a phase four relief bill may be necessary. The early focus is domestic recovery, but it’s also important to consider the international response. Even though the scope and scale of funding that will be required globally to mitigate the worst effects of this pandemic is difficult to determine now, this is a crucial time to invest in developing country preparedness. These investments will have near-term benefits with respect to COVID-19 while also helping countries to prepare for the next pandemic.

When it comes to lessons learned from past disease outbreaks, our collective memory is short. In the immediate wake of the 2014-2015 Ebola crisis in West Africa, global health security received renewed attention and even some additional resources. But five years later, we see clearly how international preparedness efforts remain woefully underfinanced. Amanda Glassman and counterparts from the Nuclear Threat Initiative, the Center for Strategic and International Studies, and Georgetown University have recommended the US take the lead in launching the Global Health Security Challenge Fund—a multilateral effort that will incentivize low and lower-middle income countries to invest in known preparedness gaps. That seems like a great place to start.