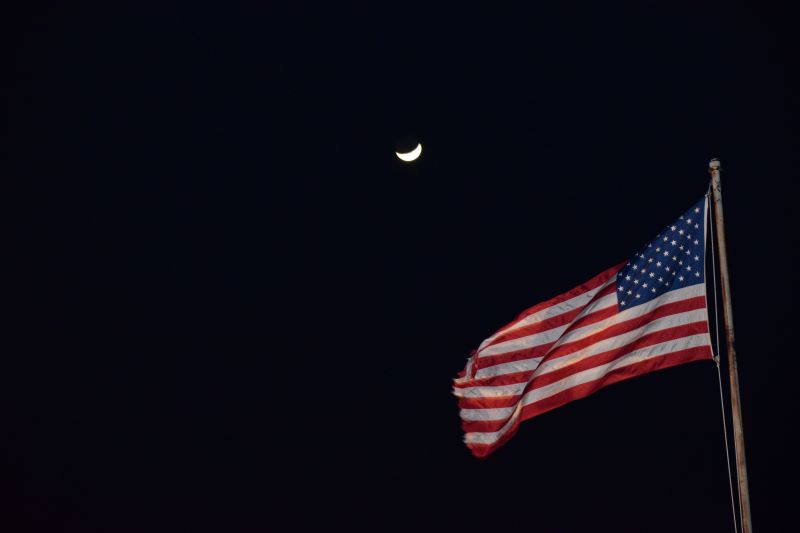 This piece is the second in the series “Episodes in the Life of an American, Woman, Development Economist.” Read the first episode here. Future episodes will be posted over the coming months.

Women apparently attribute success to luck; men to competence.[1] I’m a successful woman—family and career and all that, and I don’t discount my own competence. But still the reality is that besides the luck of being born in America (see episode 1 in this series), which American men not just women tend to discount, I’ve been lucky since, usually in unexpected ways. Not getting into the US Foreign Service is a good example.

It was the fall of my senior year in college (1966), and I had no clear idea of what next—except at some print in some vaguely imagined future to meet the right guy, get married and have a family. I would have been embarrassed then to describe myself as ambitious in a career sense—though I certainly wanted, at some point, a meaningful job.

I was good at school, and my parents could afford to finance more school for me. Law school would have been a sensible choice (I was majoring in American Studies) but did not appeal, maybe because I was not particularly fond of my father, a hugely successful lawyer—who annoyed me, asking too often whether I wanted to be a nurse or a teacher. What was probably more important: I didn’t know any women my age thinking of law school. In 1966 women made up at most 3 percent of lawyers in the US, and no woman had made partner in any of the major firms.[2] With “Irish need not apply” signs common in the 1930s, my father had known he was lucky to have the Anglo name Birdsall; his mother’s Irish name would have excluded him from the top law firm he joined when he graduated from law school. Thirty years later in 1966, sexism was more subtle than anti-immigrant and racial discrimination—and less visible to its female victims. As late as 1966 there was no need for formal barriers to discourage all but a few pioneering women from applying to law and other professional schools.

If I had finished college 10 years later, I might well have gone to law school. But women who finished law school in the 1970s still had no real chance to become a partner in a top firm, and even today successful lawyering in private firms demands longer hours than many young men who become fathers want to tolerate. I had my first child at age 26; being born too soon to be a happy lawyer and mother was lucky for me.

I was interested in public policy and more vaguely, “government.” My mother had mentioned, when I was in high school in the early 1960s, that the oldest daughter of friends of hers had gotten a job in the Department of Labor right after college. This was notable to me at the time; a government job was not teaching or nursing. In 1961, not one adult woman I knew worked (other than the nuns who ran my all-female high school, and a few unmarried teachers).[3] Among my parents’ friends, any of the women who had gone to college, like my own mother, had probably worked only until they married, in the predominant pattern characterized by Claudia Goldin for college-educated working women born in the early 20th century as “job then family,” compared to today’s predominant pattern of “career and family.”[4]

I took the US Department of State Foreign Service examination and did well enough to be asked to the interview. I remember a panel of three or four men sitting behind a table on an elevated platform, so that I was looking up at them. They asked me what newspaper columnists I read and what I thought about the columnists’ views. On this I had good answers; I was and still am a news and opinion column hound—I read the New York Times every day in the student lounge (at the small Catholic all-female college I attended). They asked me whether I planned to get married—and I surely said yes. They pointed out that women had to leave the Foreign Service when they got married. Then I stumbled, embarrassed not to have known what perhaps I should have known if I were actually committed to a Foreign Service career.

How terrible that I was embarrassed. I should have been angry![5] But the different treatment of men versus women in the US Foreign Service did not strike me then as unfair; this marriage-and-out rule for women was just a fact about the way the world worked.

I must have eventually heard back “no” from the Foreign Service. A yes might have tempted me to try it, if only out of pride. But it was for me at least pre-feminist 1966,[6] and I really did have marriage in mind – not necessarily tying the knot soon but finding the right guy, which might be hard in the itinerant life of a Foreign Service officer.

Meanwhile I applied to two master’s programs in public policy and international affairs.[7] I couldn’t apply to the similar program in public affairs at Princeton University, where tuition and board were free for all those accepted.[8] That sexist barrier didn’t really get my attention either. Perhaps it would have if I’d had to worry about money. But I knew my parents would cover the costs of graduate school—a case of privilege in the form of family wealth creating a blind spot to sexism.

I chose the Johns Hopkins School of Advanced International Studies (SAIS) in Washington DC, then very much the city of government. As part of a general program in international affairs, all students picked a region on which to specialize: Europe, Asia, Africa, or Latin America. I chose Africa—out of curiosity. It was new and different (compared to Europe at least). It was a practical choice too; I’d spent a summer in France (thanks again to the well-off parents) so I knew I could pass the language requirement for students in the Africa program, and free time for an additional course in international affairs, for me then an entirely unexplored area.

I arrived in Washington in the fall of 1967 just in time to show up for an anti-Vietnam War protest (later made famous by the Norman Mailer book Armies of the Night). But I left early before the protesters crossed the river from DC proper to Virginia, where the most determined among them pushed past military police in a futile effort to storm into the Pentagon building. Instead, I joined some guy I’d just met for a picnic. I still regret that pre-feminist failure of 1960s activism.

I got an A for a paper on Dutch monetary policy in my first course ever in economics—which may be why I remember the A. The course was an introduction to the simple elegance of international monetary theory at a time when the dollar was anchored to gold and exchange rates were mostly fixed. I read the Nobel prize-winning economist TW Schultz’s book on agriculture in poor countries, in which he argued that poor farmers make sensible and efficient decisions given expected returns (prices) to their crops and their limited resources,[9] my first brush with the simple economics insight that incentives explain people’s behavior, poor as well as not poor. I wrote a paper on Tom Mboya, a Kenyan labor leader who fought for independence (and knew Barack Obama’s father).[10] I took a course in demography, taught by a World Bank adjunct professor, and got interested in population issues (more on that in a future episode). I worked one summer as a part-time research assistant for a distinguished team of development experts, housed at the World Bank, that prepared the 1969 Pearson Commission Report on International Development.[11]

And so, almost by accident, the seeds of a later “career” in development economics were sown—though at that point I wasn’t thinking “career” at all. It was, I suppose, curiosity (Africa, a first course in economics, another in demography) and a bit of luck that the one thing at the top of mind when the marriage barrier for women in the Foreign Service came up at that interview, was that I wanted at some point to get married. Meanwhile, “being” a development economist became a career, and much more, enriching my life in many additional ways. For how that happened see future episodes.

[2] https://scholarship.law.cornell.edu/cgi/viewcontent.cgi?article=1011&context=facpub has a list of women who got no offers on finishing law school at top of their class, including Sandra Day O’Connor and Ruth Bader Ginsburg, the first and second women appointed to the US Supreme Court,. The pioneers paid a price.

[3] Female labor force participation among professionals (college education) in the US in 1960 when I was in high school was about 10 percent or 2.5 million women, excluding teachers (which I did not want to be). https://www.bls.gov/opub/mlr/2002/05/art2full.pdf, and https://statusofwomendata.org/earnings-and-the-gender-wage-gap/womens-labor-force-participation/) and https://fraser.stlouisfed.org/files/docs/publications/women/b0290_dolwb_1965.pdf.

[5] In 1972, the Foreign Service undid this rule that required married women to resign.

[6] Betty Friedan’s The Feminine Mystique was published in 1963; the National Organization for Women was founded in 1966.

[7] Fletcher School of Law and Diplomacy at Tufts University outside Boston and the School of Advanced International Studies of John Hopkins University, in Washington DC.

[8] That changed a year later, when women were also admitted to Princeton as undergraduates. Fifty years later, in 2019, what had been the Woodrow Wilson School of Public and International Affairs dropped the name Woodrow Wilson in its title, in a move to end honoring a US President who had among other things, re-segregated the Federal work force by executive action.

[9] Transforming Traditional Agriculture (about 1962), for which he later got the Nobel prize.

[11] https://en.wikipedia.org/wiki/Pearson_Commission_on_International_Development. Ernest Stern was the staff director of the Pearson Report. Fifteen years later, when he headed all World Bank operations in the mid-1980s, I believe he helped me get the job in the Bank that I wanted after I had finished as head of the 1984 World Development Report. Was meeting him 15 years earlier luck?