Work Visas to the US: How Do We Make Sure Women from the Northern Triangle Don’t Get Left Behind? | Center for Global Development | Ideas to Action Skip to main content

Work Visas to the US: How Do We Make Sure Women from the Northern Triangle Don’t Get Left Behind? 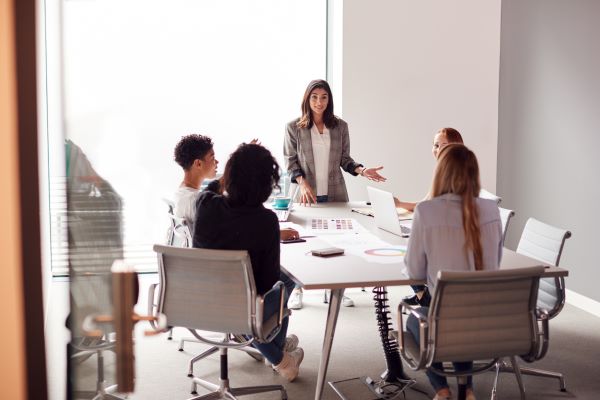 Women’s Economic Empowerment as a US Development Priority: Still A Lot of Room for Improvement
Megan O'Donnell
April 19, 2021

While discouraging irregular migration across the US southern border, the Biden administration has been working to open legal pathways of migration to the United States from the Northern Triangle. In May, the administration announced it would make an additional 22,000 visas available under the H-2B program, designating 6,000 of those visas for Guatemalans, Salvadorans, and Hondurans. This designation based on nationality is the first of its kind, but opportunities for temporary migration to the US from the region remain limited—especially for women.

Gender equality has been touted as a political priority by the Biden administration, as demonstrated through the establishment of the White House Gender Policy Council, as well as its commitment to unveiling a whole-of-government strategy to advance gender equity and equality later this year. Here we make the case for why US immigration policy needs a gender-intentional approach, and how the administration should apply this approach towards policy in Guatemala, El Salvador, and Honduras.

Women’s migration from the Northern Triangle to the US

Over the past 10 years, most migrants to the US from Guatemala, El Salvador, and Honduras have migrated through family-based visas. But for women without family members in the US or a valid asylum claim, work visas—the only remaining option—are extremely limited. Women remain, on average, underrepresented among migrants admitted for work in high-income countries, including the United States.

The IOM and OECD Expert Group Meeting on the Migration of Highly Skilled Women attribute this underrepresentation to biases within migrant admission. Admission systems tend to prioritize professions linked to production sectors (information technology, engineering, finance, business management), which tend to hire men, rather than “welfare-related” professions, such as health, education, and public services, which tend to hire women.

There are a variety of employment-based (EB) visas available to lawfully enter the United States, but for individuals without a college degree—which is most women in Guatemala, El Salvador, and Honduras—the only viable option is likely to be the H-2 visa program. (The B-1 program is available to domestic workers of temporary migrants—often business people—, but B-1 issuance data is not disaggregated). Very few H-2 visas are currently issued to nationals of Guatemala, El Salvador, or Honduras, as shown in Figure 2. The Biden administration could pursue policies and investments that change that in the years ahead. 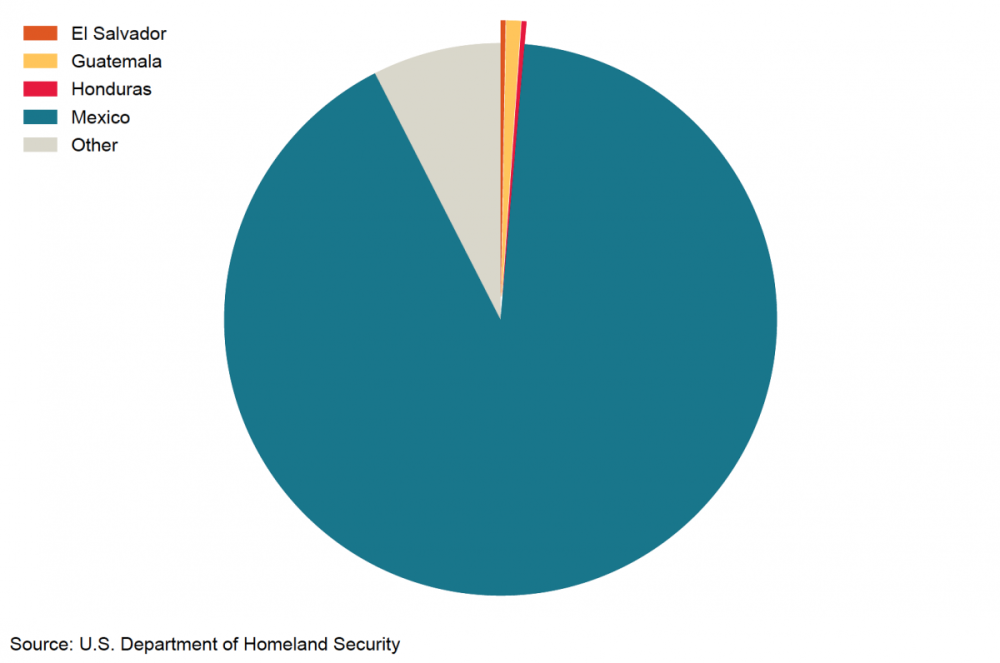 There are gender discrepancies in both the H-2A visa, which is available for seasonal agricultural work, and the H-2B visa, which is available for seasonal non-agricultural work. Just 3 percent and 12 percent of all H-2A and H-2B admissions to the US, respectively, were women in FY2019. Among the few H-2 visa holders who are from the Northern Triangle, men are overwhelmingly represented, as shown in Figure 2. Such stark gender gaps—and discriminatory decisions underlying them—have contributed to the first gender discrimination labor case being brought under the United States-Mexico-Canada Agreement (USMCA).

Figure 2. H-2 visas issued to people from the Northern Triangle by sex, FY2019 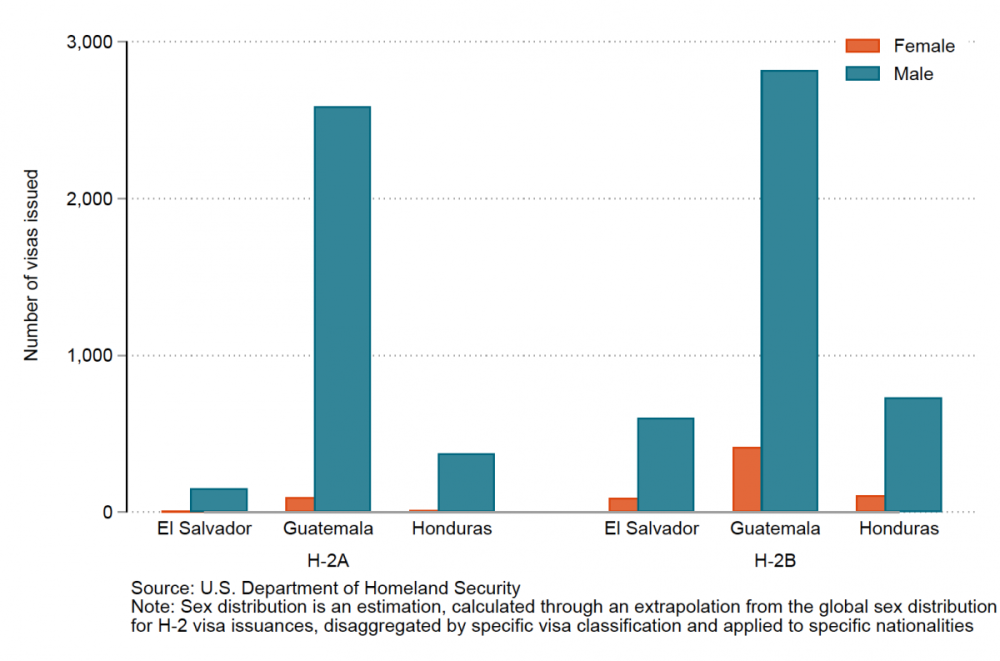 Note: Our underlying data source, the US Department of Homeland Security, refers to sex instead of gender, so we reflect the categories of male and female here. However, in our own writing on these issues, we refer to gender instead of sex, noting that the discrimination against women we discuss within the context of employment-based migration (and more broadly) is rooted in gender as a social construct, not in sex as a biological one.

In expanding labor migration pathways from Guatemala, El Salvador, and Honduras to the United States, US policymakers should ensure visa programs do not continue to exclude women. Gender-responsive migration pathways must take into account women migrants’ unique needs, constraints, and opportunities. In the short-term, these actions should focus on agricultural work, care work, and healthcare to avoid excluding women from new labor opportunities.

In Central America, it has been increasingly common for men and women to perform agricultural work. Over the last three decades, the proportion of women who are economically active in the sector has almost tripled, from less than 10 percent in the 1980s to 36 percent as of 2018.

And yet, farm labor recruiters in countries of origin often refuse to hire women for the H-2 program because they maintain that women are not as productive in agricultural work. The evidence as to why women don’t have equal access to H-2A visas remains anecdotal. But though the why remains elusive, the what is certain: the U.S. Equal Employment Opportunity Commission’s impact ratio strongly indicates an adverse impact in H-2 visa issuances for women.

Women should have better access to agricultural work visas, which all people will qualify for regardless of formal education. One upcoming opportunity to make this a reality is through the Farm Worker Modernization Act, which proposes modifying the H-2A program by expanding eligibility for the visa to year-round jobs—authorizing up to 20,000 visas for year-round work per year in the first three years—which would open the door to employment in the long-excluded dairy sector. While existing employer-employee relationships in Mexico account for considerable existing market share for H-2A visas, recruitment on behalf of dairy employers would be new, and would open opportunities for women to migrate from Central America to the US as workers.

Women’s migration benefits their families, communities, and countries. Setting targets for how many migrant agricultural workers must be women would provide a new lever for the Biden administration to promote global gender equality through the H-2 program.

The Biden administration has taken the unprecedented step of positioning the care economy as essential human infrastructure, contributing in the short-term to women’s return to work during COVID-19 recovery and, in the longer-term, to caregivers’ ability to balance caregiving responsibilities with paid work. The administration has proposed a $400 billion investment to strengthen the US care economy, which will support future job creation and employment opportunities. This could ultimately yield new openings for migrant workers, particularly women, in fields that struggle to attract sufficient domestic workers.

These domestic work jobs must be high-equality jobs with sufficient labor protections. Tweaks to the B-1 visa may be able to do just that. The B-1 is a temporary visa that can be used for people conducting temporary business trips, rarely recognized as a visa for domestic workers. Yet, often businesspeople on temporary visas, such as managers of multi-national companies, bring previously contracted domestic workers with them to the United States on a B-1 visa. When their employers then apply for a green card, however, domestic workers no longer have “temporary” business and must return home.

B-1 visas for domestic workers should be granted “dual intent”—meaning that domestic workers from abroad would still be considered temporary migrants but also could obtain permanent residence after some time spent in the United States, just like their employers. “Dual intent” would grant care workers the flexibility of shifting employers, offering an exit strategy from abusive labor conditions, and the option to stay in the United States for longer periods, allowing for market flexibility. “Dual intent” would ensure that migrant workers who provide invaluable skills to the US economy will have their rights protected and an option to stay.

The Regional Economic Development Immigrant Visa Pilot Program, as proposed in the US Citizenship Act of 2021, could also serve as a valuable tool in opening up quality employment opportunities for women who migrate to the US, particularly in health and eldercare. The new visa category would enable local communities to submit applications for additional labor in certain sectors, and sponsor migrants who have passed the requisite checks to fill those jobs. According to the U.S. Bureau of Labor Statistics, the highest growth in labor demand between 2019-2029 will be for home health and personal care aides. Those positions generally do not require higher education.

With an increasingly aging population in certain regions of the United States, this place-based proposal could directly serve Americans in need. Introducing national preferences for visa holders, too, would offer mutual benefits to countries of origin. In this context, too, setting gender-specific targets in community requests from State Workforce Agencies (SWA) would ensure that no one gets left behind.

Migration pathways are not gender-neutral, and US immigration policies cannot be gender-blind. The US can ensure that its migration policies contribute to women’s economic empowerment and broader gender equality by creating more job placement opportunities for women who migrate to the US, including from the Northern Triangle, as well as ensuring that these job opportunities are high-quality and accompanied by adequate protections for workers. The policy reforms we have highlighted above stand to benefit US employers and women as workers, with benefits for their families back home and the improvement of longer-run gender norms.