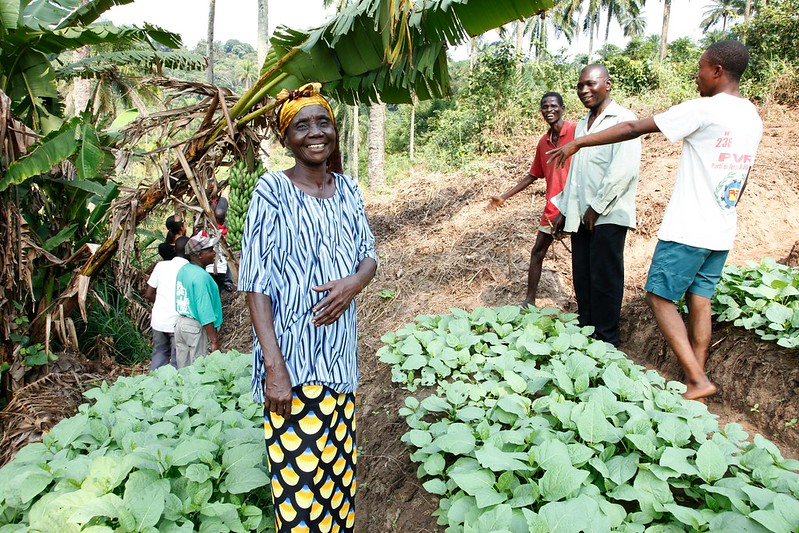 On the face of it, the Global Fragility Act (GFA) might appear a world apart from the Millennium Challenge Corporation (MCC). The GFA’s central objective is to improve US government interventions to prevent violence in fragile states, and to stabilize conflict-affected countries. MCC, on the other hand, works exclusively with relatively well-governed developing countries—some of which are considered fragile but few of which are high-conflict.

But the GFA and MCC do share some similarities, including a data-informed process for selecting partner/priority countries and regions, and a compact-based model. And in employing these tactics to allocate foreign aid, MCC’s experience offers useful lessons for the State Department and other GFA implementing agencies.

MCC’s authorizing legislation and the GFA (PL 116-94, Div J Title 5) both require the administration to use metrics and qualitative analysis to determine where to focus resources. Specifically, the GFA directs the president, in coordination with the State Department, USAID, and the Department of Defense, to identify at least five priority countries or regions with significant prevention or stabilization needs. The statute outlines several criteria that should inform the decision, chiefly US national security interests; indicators of levels of violence or fragility; and the “commitment” of a partner country to improve governance, inclusion, and resilience.

Similarly, MCC selects partner countries based primarily on how countries perform on a series of policy indicators that measure political and economic governance and investments in human capital (i.e., health, education). Supplemental assessments of things like governance quality also factor in.

Many experts are optimistic about the potential for compact-based approaches to make headway against state fragility (despite the somewhat mixed success of the g7+’s compact-based New Deal for Engagement in Fragile States). In a compact-based approach, donors and the partner country government, along with other stakeholders, come to agreement on shared objectives and set expectations for each party’s role and responsibility for contributing to results. Typically donors agree to provide financing, align with country priorities, and empower local leaders, while partner country governments identify the resources they’ll bring to bear and agree to undertake key policy, institutional, and regulatory reforms that advance mutually held goals and support aid-financed interventions. The GFA sees potential in this kind of approach, calling for “compact-based partnerships” in which the US government would work in tandem with local leaders who are committed to reform on strategies, policy, and programs, and with mutual accountability for results and resource provision. It’s not yet clear, however, what proportion of funds provided under a GFA framework would be structured in a compact-like way.

Within the US government, MCC has pioneered the compact-based approach, though compact-like arrangements also underpinned other initiatives, like the (now defunct) Partnership for Growth and the Security Governance Initiative. MCC’s hallmark program, its country “compact,” is a large-scale ($300-$400 million on average), five-year grant for economic growth projects. In each compact, MCC and the partner country government agree upon the investments MCC will finance along with the policy conditions the partner-country government agrees to complete as part of the partnership. Anecdotal evidence suggests compact conditions have sometimes successfully empowered reformist elements within partner countries to push for change (though sometimes they haven’t been so successful). And MCC has demonstrated its willingness to pull funding when conditions aren’t met.

Key MCC lessons for the GFA

1. Go deep on the “commitment and capacity” criteria as part of country selection

Country selection matters enormously for compact-based approaches like MCC and GFA. The success of a compact partnership hinges in large part on the willingness and ability of the partner country to execute agreed-upon reforms. If a country’s governing elites are fundamentally unwilling or uncommitted to reform, a compact won’t be sufficient to change their incentives. Compacts are more likely to succeed where their policy conditions support local reform processes. Attention to the GFA’s requirement to consider “commitment and capacity” as part of the selection process will, therefore, be critical.

Indicators of “commitment and capacity” can help ground this approach. Together, governance- and policy-focused metrics can paint an indicative picture of relative strengths and weaknesses within and across countries. But indicators are limited tools. The data is lagged, often by a year or more, and can’t measure governance comprehensively. MCC is well known for its use of indicators to inform country selection, but the supplemental information it uses to fill gaps in understanding is equally important.

Indicators may also fail to capture the variation within and across segments of the government. After all, even within weak or malign governments, there may be ministries or offices legitimately trying to improve service delivery. And within reformist governments, some ministries or sectors can remain controlled by vested interests. Indeed, MCC has found that strong performance on governance indicators has little bearing on how easy it will be to get traction on compact-related sectoral reforms .

The GFA is all about tackling the root causes of fragility. Since these are often governance related, understanding “commitment and capacity” should be a top priority for the State Department and partner agencies. The GFA’s requirement to include baseline political economy and conflict analysis in each selected priority country/region’s ten-year plan recognizes this need. But waiting for the strategy stage is arguably too late. To understand where GFA compact partnerships have the best chance of leveraging existing country-led reform processes, this kind of analysis should feed into country selection and be conducted for all countries/regions that make the proverbial short list. High-quality, up-to-date political analysis can help identify where a local push to dismantle the binding constraints to greater resilience, inclusivity, and stability may already be afoot—and where external support could help surmount remaining barriers to change.

2. Plan early for deterioration in “commitment” and decide how to respond to it

While trying to identify “high commitment” partners and opportunities to support reform is the right starting point, reform is a long-term, highly nonlinear process. As hard as it is to measure current levels of “commitment,” it's much harder (basically impossible) to forecast which countries will continue a generally reformist trajectory for the duration of an eight- to ten-year partnership. And, as MCC has found, many don’t. Around 40 percent of the countries MCC has ever selected have had their programs put on hold, truncated, suspended, or terminated—generally due to policy declines, often related to concerns about democratic governance or closing civic space—in accordance with agency policy, guidance, or compact agreements that outline criteria for action. MCC later resumed its relationship/funding with nearly a third of these.

Still, if this level of volatility is present within a set of countries explicitly selected for their good governance, it is likely to be much higher in the kinds of fragile and conflict-affected states the GFA will prioritize. After all, the kind of violence prevention efforts that GFA encourages are largely about anticipating the shocks that could provoke backsliding and seeking to build resilience to them.

With its fragility-focused remit, the GFA will almost certainly take a different approach to addressing policy declines than MCC does. But State, USAID, DOD, and others should still agree upfront on how they will monitor governance issues, what kinds of declines will merit what kind of attention (including, but not limited to, what constitutes a redline), and—in keeping with the GFA’s call for better interagency coordination—how they will unify their individual agency responses. Getting the various branches of US foreign policy to work in concert toward shared goals has eluded policymakers for decades, and it will remain difficult, even as the GFA puts new impetus behind it. But a starting place will be for each GFA country strategy to reflect interagency agreement on what patterns of actions would prompt response and how agencies would coordinate their approaches.

3. Pick at least some countries that aren’t dominated by US strategic interests

The mutual accountability component of a compact-based approach is based on the understanding that if one party to the agreement doesn’t uphold its end of the bargain, the other party’s commitments are also off the table. A credible promise to withhold funding for unmet policy commitments is one of the key characteristics of a compact-based partnership. But reining in planned funding is much easier said than done. Agencies face pressure to spend down budgets to avoid rescissions and defend future requests. And sensitivity to strategic bilateral relationships can be a powerful countervailing force.

MCC has certainly seen this. Decisions to curtail eligibility or funding in response to policy declines or failure to fulfill an agreed policy condition are always difficult, but in MCC's more strategically important partnerships, they have been much harder. Fortunately, because MCC is small, highly targeted, and sits outside the main US foreign policy apparatus, it has largely been able to respond as its model suggests the agency should. Only in rare cases—for example, not altering programming in response to Kenya’s 2008 post-election violence—has the agency failed to respond to policy declines in accordance with its mandate.

Compact partnerships implemented as part of the GFA will likely face the same pressure around strategic interests but more intensely and with additional complications. Unlike MCC’s short-term, discrete partnerships, State and USAID have established relationships and ways of working. They also have competing priorities within a country that may fall outside the scope of the GFA. Considering the GFA directs State and partner agencies to choose priority countries/regions based on US national security interests, this is almost certain to be the case. But, compact-based approaches are a more viable tool where US funding decisions can be flexible and aren’t dominated by strategic interests. The administration should ensure a subset of its selected priority countries fall into this category to test the theory the GFA puts forth in its recommendation of compact partnerships as a promising approach.

The GFA offers a promising vision for improving US engagement in fragile states. Bringing to bear prior US government experience with versions of some of the approaches required by the GFA can help guide the GFA implementing agencies as they forge the challenging path ahead.

Thanks to Erin Collinson and Corinne Graff for helpful comments and suggestions.