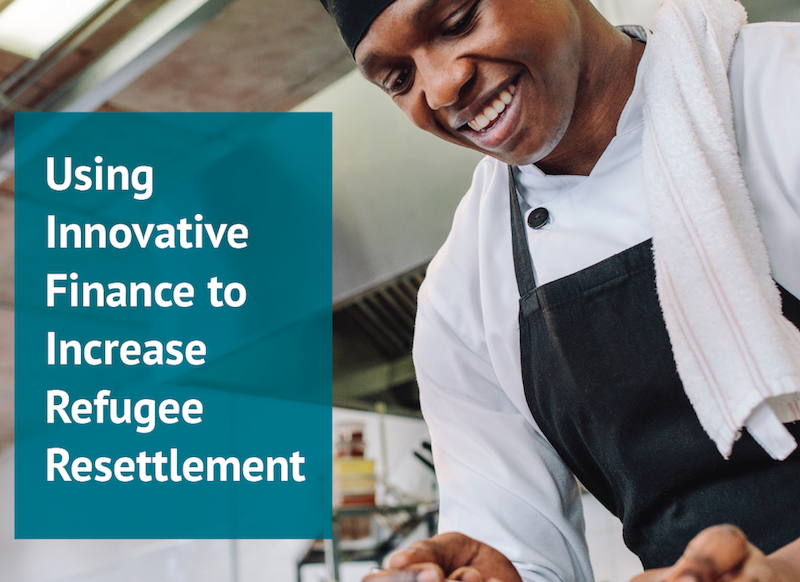 Last week, the UK’s Home Office released a “New Plan for Immigration.” The plan has three major objectives: to increase the fairness and efficacy of the asylum system, to deter irregular entry of asylum seekers into the UK, and to “remove more easily” those whose asylum claims were rejected.

As others have adequately covered, there are vast moral and ethical issues with both the contents and framing of this “New Plan for Immigration,” in addition to it appearing to contravene international law. The “New Plan” has also been released at a time when both asylum applications and the salience of immigration as an issue are at record lows, prompting questions as to why this policy has been released now, and with so little new content.

Instead of rehashing these points, this blog will focus on why the policy interventions contained within this policy are both bad for the economy of the UK—especially important during the recovery from COVID-19—and why they won’t work, based on experiences in the European Union. The objectives of the “New Plan” are not inherently bad, but the policy interventions contained within it won’t meet those objectives.

The “New Plan” Will Harm the UK’s Economy

On the one hand, the “New Plan” maintains the UK’s commitment to refugee resettlement and promises to enhance the support available to them once they arrive. This is good economics: like all migrants, refugees make a positive contribution to countries that accept them, especially over the long-term. In particular, the Refugees Transitions Outcomes Fund (which appears to be an outcomes-based fund supporting new refugees find employmenyt and housing support) sounds promising and echoes suggestions we have made, and mirrors successful outcomes-based payment programmes that have been implemented elsewhere, such as Switzerland and Finland.

We also cautiously welcome the proposal to help refugees access other immigration routes (e.g. refugees who would be eligible under the points-based system), although it is imperative that the core focus of the resettlement programme remains those most in need, not attempts to select only refugees with particular skills.

On the other hand, the “New Plan” also denies government financial support to genuine refugees, just because they have arrived through irregular routes. Asylum seekers, whose claims have been confirmed by the Home Office as genuine, will have no access to public funds, will not have the automatic right to settle in the UK, and the Home Office will assess the possibility of returning them after only 30 months.

This will almost certainly cause unnecessary economic harm to the UK. By increasing uncertainty for confirmed refugees, the “New Plan” reduces their incentive to invest in education, skill-building, and integration. If the Home Office might try to remove you in a year or two, why defer earnings now to try to get your nursing or engineering qualifications recognized? This will reduce the number of skilled professionals the UK could draw on to plug labor market gaps and recover from COVID-19.

Denying refugees access to public funds is also bad for the economy. As well as potentially exacerbating stress and mental health problems (which are bad for employment), this could limit refugees’ self-employment opportunities. While refugees are particularly entrepreneurial, the only academic study cited by the “New Plan” finds that lack of capital is a key constraint to starting and expanding businesses. Cutting off access to said capital will exacerbate this and may plunge them into desperate situations such as homelessness. The cost to the UK government of a year of homelessness is estimated to be over £20,000, so even a slight increase in the chance of homelessness from cutting off funds would more than offset the fiscal savings.

The government should recognize that most asylum seekers have their claims approved and remain in the UK for some time. Even from a purely self-interested perspective, the government should be thinking about how to support these refugees and benefit from their unique offer to the UK economy. Refugees can provide a net fiscal contribution, are entrepreneurial, fill labour market gaps, and tend to be young and eager to work, and a handful of success stories would easily pay for additional assistance. When they don’t meet this potential it’s because of particular barriers they face; the government should seek to remove these barriers, for instance by allowing asylum-seekers to work (which could raise £98 million), instead of adding more.

In order to increase the fairness of the asylum system, the “New Plan” sets out to crush the smuggling business model by increasing both deterrence and border patrols, as well as criminal penalties for convicted smugglers. It will also treat asylum claims made by people having entered the UK illegally as inadmissible, insisting that these people could have claimed asylum in countries they had travelled through to reach the UK. However, while the Refugee Convention and its protocols do not provide an absolute right to choose a country of asylum, certain asylum seekers may have perfectly legitimate reasons to seek protection in the UK, such as family ties. Hence, in the absence of viable alternatives, some asylum seekers will not be deterred from aiming to cross the Channel.

As both the EU-Turkey and the US-Mexico borders demonstrate, increased security at borders will not be sufficient to deter border crossings. CGD research has shown that only through a combination of deterrence with opening of legal pathways for work, study, and resettlement can countries reduce irregular migration. While the “New Plan” contains references to expanded asylum and resettlement pathways, there are few details. And while the “Vulnerable Person’s Resettlement Scheme (VPRS)” came to an end earlier this year, the UK should ensure that it continues its successful resettlement program until a new scheme is put in place.

On returns and readmissions, the “New Plan” acknowledges that the current system has its weaknesses and collaboration with countries of origin needs to be improved. According to the Home Office, enforced returns are at the lowest since 2013. To increase returns, the new Immigration Plan seeks “a range of levers [...] to improve returns co-operation, including considering whether to more carefully control visa availability where a country does not co-operate with receiving their own nationals who have no right to be in the UK.”

As Figure 1 demonstrates, not a single of the top five countries of origin for asylum seekers is also a top country for visa holders, making the threat of withholding visas for uncooperative countries a non-starter. Hence, this measure would not achieve much to increase returns. Instead, if applied to countries where many visa applicants come from, the measure would harm the UK labor market, its tourism and hospitality industry, and hinder family reunifications.

If the UK is serious about wanting to increase returns, it is worth looking across the channel and learning from the European Union experience. Before COVID-19, the European Union only managed to voluntarily or forcibly return roughly one third of failed asylum seekers, with many countries refusing to take their nationals back. The lack of an effective returns system is one of the main reasons behind the European Union’s “New Pact on Migration and Asylum,” which is currently under negotiation.

While the European Commission has identified various challenges with the returns system such as a lack of harmonization at European Union level, inefficiencies, etc., the insufficient cooperation of third countries is one of the main reasons for the low returns numbers, as we’ve previously pointed out. And while the European Union has also threatened to restrict countries’ access to visas, there are two major differences; with 26 countries participating, European Union’s joint visas (Schengen visas) have a much wider reach-increasing the leverage of the European Union.

In addition, the European Union wants to use sticks and carrots, convincing countries of origin to collaborate better on returns by offering more investment and other incentives such as expanding pathways for legal migrants to meet skill needs in European countries. Such incentives are completely absent from the UK’s “New Plan”.

How to make the plan more beneficial

Currently, the “New Plan” is out for public consultation; responses are due within the next six weeks. While the details may subtly shift as a result of this consultation, it appears likely that the Government’s overall objectives will remain the same.

Of course, we share the Government’s goal to reduce the harm caused by human smuggling and trafficking. Many asylum seekers have died attempting to cross the Channel, and smugglers have profited from their desperation. But the interventions included within the “New Plan” won’t reduce irregular arrivals, nor curb smuggling networks, for the reasons we have outlined above.

Instead, the UK should focus on ensuring that asylum seekers and refugees economically contribute to the UK economy, by expanding the number of refugees allowed to come to the UK, providing them recourse to public funds, and allowing asylum seekers to work while their claim is pending. In addition, the Government needs to devise a way to facilitate return, perhaps by enhancing legal migration routes alongside return agreements.