Millions Saved: Time for Optimism, but Not Complacency in Global Health | Center for Global Development | Ideas to Action Skip to main content

Millions Saved: Time for Optimism, but Not Complacency in Global Health

Over the past decade we’ve seen major progress in fighting some of the world’s worst health scourges: AIDS deaths are on the decline, polio has been eliminated in all but two countries, more people have access to healthcare. This is cause for optimism. 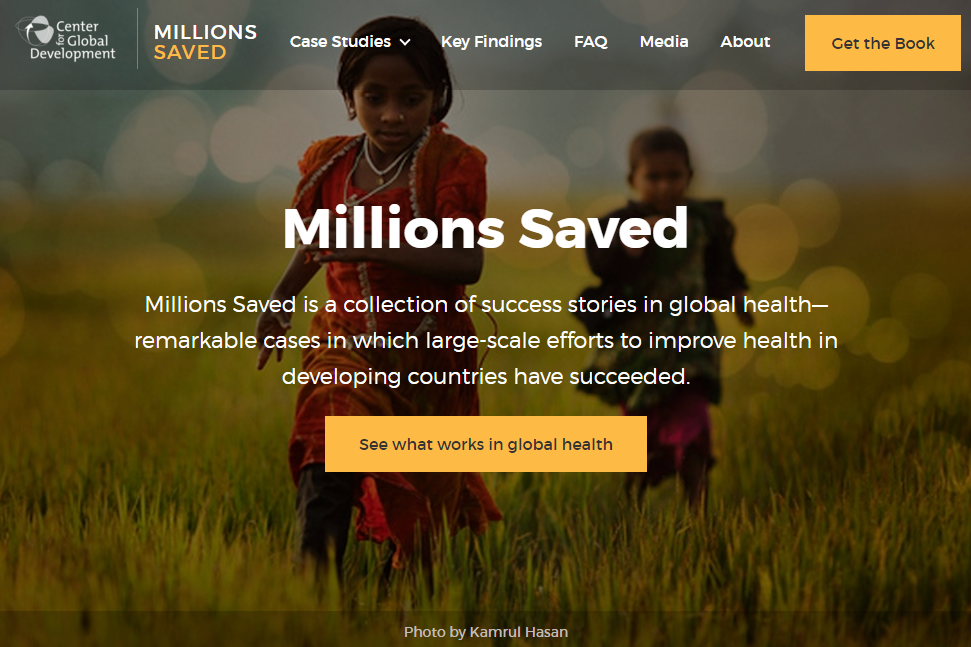 To build on these successes—and do an even better job moving forward—we need to reflect on what has been working in global health and what has not. That’s why, in our newest edition of Millions Saved, we’ve taken a hard look at 22 global health programs implemented in low- and middle-income countries in the last 10 years. In each case we describe what worked and what can be learned for other settings and disease issues.

The stories are as compelling as they are diverse:

The new edition features 18 brand new case studies of global health interventions that were successful at large scale and in many cases implemented at remarkably low cost. They are examples of where the global health community’s combined resources, expertise, savvy, and evidence improved the lives of real men, women, and children. With all hands on deck—governments and donors, researchers and implementers, health workers and advocates all aligned to a common goal—Millions Saved case studies show that the global health community can tackle even the most stubborn causes of disease and injury. 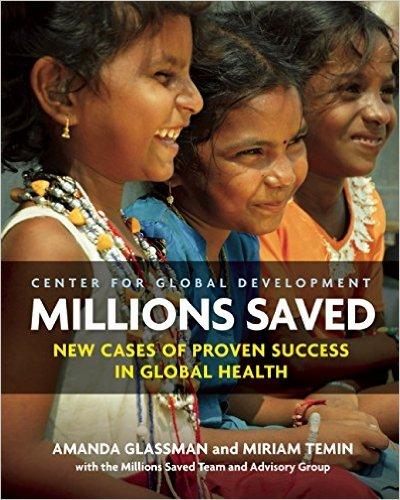 Yet as Millions Saved gives cause for optimism, it also illustrates the dangers of complacency. In this edition of the book we also profile four cases of disappointment at scale—that is, interventions or programs that should have improved health, at least on paper, but didn’t move the needle under real-world conditions. These cases teach us that we will need sustained political commitment, funding, and monitoring to keep up the good work for future generations. And although knowledge has accumulated, too many programs still begin and end without a rigorous evaluation, limiting our collective ability to learn from both our successes and our miscalculations.

We’ve learned a lot from compiling Millions Saved, and now we’re excited to share those lessons with you. We encourage you to check out our new microsite dedicated to the project and to pre-order your copy of the book. And head over to The Guardian to read a piece by Amanda—the kick-off to Health Revolution, a series on Millions Saved that will run through September. There you can also watch a new video on the MenAfriVac vaccine (one of our featured cases) and an article on the importance of health data.

We also hope you’ll join us on Tuesday, April 5 to celebrate the release of this new Millions Saved edition—and more importantly, to recognize and honor the leaders, funders, managers, researchers, and frontline health workers who made these success stories possible. We’ll hear from Jamie Drummond who cofounded ONE, Abraham Aseffa who has been involved with MenAfriVac in Ethiopia, and Samuel Ochieng who is helping run a cash transfer program in Kenya. You can RSVP here to the event being held at CGD in Washington, DC or to watch the webcast.