Don’t Bank on an IDB Capital Increase: Why Shareholders Should Carefully Weigh their Bets | Center for Global Development | Ideas to Action Skip to main content

Don’t Bank on an IDB Capital Increase: Why Shareholders Should Carefully Weigh their Bets 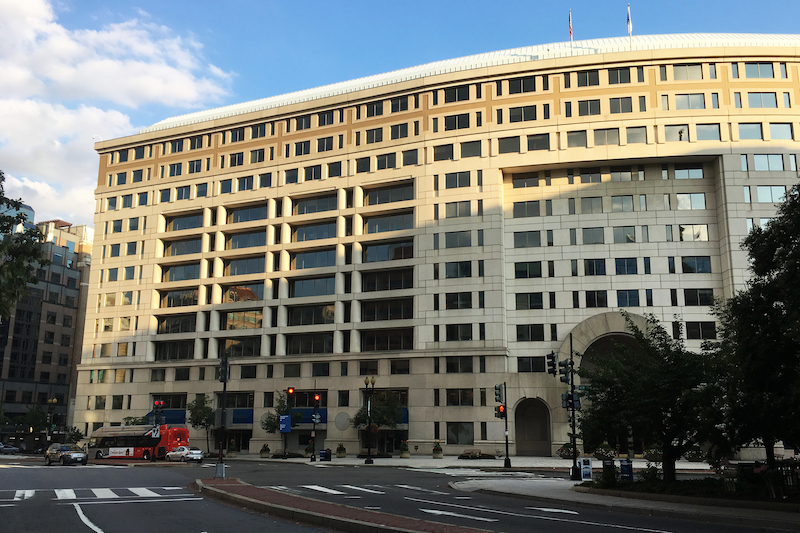 In an unprecedented move, the Trump administration has put forward a US candidate to head the Inter-American Development Bank (IDB) and quickly lined up support from major Latin American shareholders. The IDB presidency has always been held by a regional member country so the appointment of Mauricio Claver-Carone, a Trump administration official, would represent a seismic shift for the institution. Latin American countries have long taken pride in the borrower driven nature of the institution (it is majority owned by the region) so their alignment behind the American choice is surprising. Their likely bet is that Claver-Carone can deliver new capital to help the region manage the pandemic’s economic shocks. Moreover, while both the World Bank and the African Development Bank have recently received new injections of capital from shareholders, the IDB has not.

CGD colleagues raised questions and concerns at the time of the announcement. In weighing his possibly presidency, an especially salient question becomes: can Claver-Carone deliver a general capital increase (GCI)? The answer partially hinges on the US political calendar and the outcome of the upcoming US presidential elections—but possibly less so then one might assume; indeed, with Claver-Carone at the helm, the prospects of a capital increase under either a Biden or a Trump presidency are unlikely.

The Biden campaign has already signaled its unhappiness with the nomination, with a spokesperson dismissing Claver-Carone as overly ideological and under qualified—sentiments that should dampen any expectation that a Biden Administration would honor a Trump quid-pro-quo.

But even if Trump wins, it will be a heavy lift for Claver-Carone to persuade a skeptical Congress to support a GCI. Securing funding for multilateral development banks (MDBs) is always a heavy lift—there is little grassroots support for these institutions. They are also regularly targeted by environmental NGOs and human rights activists, who have lobbied effectively for scores of binding voting mandates and policy prescriptions attached to MDB funding. And, capital increases for the non-concessional windows like the IDB pose particular challenges because unlike the concessional windows that support the poorest borrowers, these resources fund lending to middle income countries, many of which can access markets on their own (e.g., Peru, Colombia, Mexico, Brazil).

Regional leaders who hope for a new injection of IDB capital should consider the experience of the last one. In March 2010- in the midst of the global financial crisis- shareholders agreed to a $70 billion capital increase for the IDB. While the region had initially sought a doubling of its $100 billion capital base, the United States, with its 30 percent share, and ability to veto any deal, would not budge. A key US condition was that the IDB make $200 million in annual grant transfers to Haiti through 2020, a significant hit to its balance sheet. This left many regional shareholders simultaneously rankled at the heavy-handedness of the U.S. reform agenda, which included stronger environmental and social safeguards and stricter budget constraints, and frustrated by the slow pace of growth of the institution.

In 2011, the US Treasury put forward a request for $102 million, the first of five installments of the capital increase. Funding was also requested to support capital increases at the World Bank, the Asian Development Bank, and the African Development Bank. Of these four, only the IDB failed to receive full funding. The Treasury ultimately had to request a sixth installment for $22 million to compensate for the shortfall.

Recent signals from Congress indicate that they might well reject a Trump Administration request for capital. US Senator Patrick Leahy, an essential MDB ally, said this in June: “As someone who has supported the IDB for decades, including at times when amendments were proposed to eliminate or reduce the U.S. contribution, it is important to be aware that this nomination could jeopardize United States support for, and cooperation with, that institution. Further, if the U.S. Treasury Department and other IDB shareholders believe this nominee will help to build support for a capital increase for the Bank in the U.S. Senate Appropriations Committee, of which I am Vice Chairman, Mr. Claver-Carone is the wrong nominee to make the case for such an increase.”  In late July, six members of Congress, including senior members of the Appropriations committee, wrote to Treasury Secretary Steven Mnuchin urging him to reconsider his decision, stating that “the unprecedented candidacy of Mr. Claver-Carone for the IDB presidency runs counter to the Bank’s norms, mission, and forthcoming challenges.” The lone exception to date is US Senator Bob Menendez of New Jersey, the top Democrat on the Foreign Relations Committee who has publicly rallied beyond Claver-Carone.

Finally, there is the question of whether there is even a compelling case for IDB funding especially in the context of a shrinking US foreign assistance budget. A key rationale for the 2010 capital injection was the IDB’s inability to meet the region’s needs stemming from the financial crisis – the Bank could only sustain annual lending levels of $7 billion compared to an to estimated $12 billion in demand. But despite the onset of another major crisis, there is no evidence yet that the IDB is facing major capital constraints. Moreover, there is good reason to question whether other non-borrowers shareholders have any appetite for putting scarce dollars into the IDB.

As yet there is no strong challenger to Claver-Carone, who has received support from Brazil, Colombia and Ecuador, among others. But a win is not inevitable. Just recently, the EU’s top diplomat called for the postponement of the IDB election until March 2021. And today Chile became the first regional member to publicly call for a postponement. Other shareholders would be wise to follow their example.

Karen Mathiasen is the former acting World Bank executive director for the US and a former senior official at the US Treasury Department.