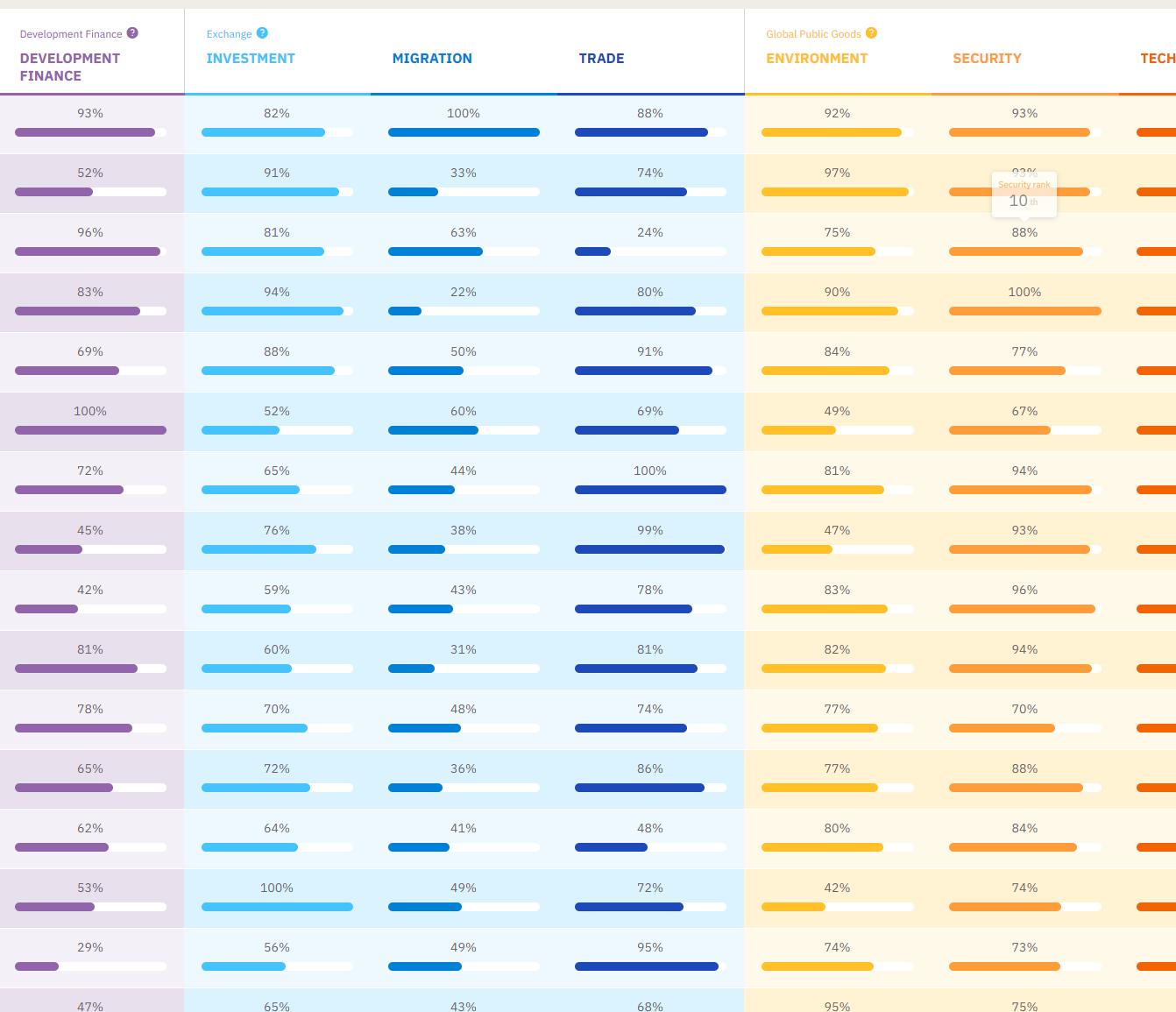 In a blog calling for COVID-19 response to be the number one international priority of the US and its partners, Masood Ahmed asked “Imagine if 600,000 Americans and 4 million worldwide had been killed in a terrorist attack, and 50,000 were still being killed every week. Would our response look like what we are doing to fight COVID-19 across the world?" Our comparatively tepid response to the pandemic is another sign of the longstanding and excessive prioritization of potential violent over present nonviolent threats to national security, a problem that I think will only be fixed when we stop spending so much on tools of violence as our primary means of response to security threats.

To Masood’s point, a far less deadly attack than one he compares COVID to unleashed a ‘global war on terror’ that itself cost hundreds of thousands of lives and trillions of dollars (with at best an unclear impact on US and global security).  Meanwhile, the ACT Accelerator partnership, created to deliver COVID-19 tests, treatments, and vaccines around the world, is struggling to fill a $17 billion shortfall out of a $34 billion budget.  And despite that, in contrast to invading places to try to end terrorism, we know vaccines effectively work to reduce the threat of COVID-19. But the last eighteen months is hardly the first time that nonviolent national security threats have been treated with comparative indifference: think of previous pandemics, the ongoing disaster of antimicrobial resistance killing 35,000 Americans each year, or climate change.

It is likely that threats to the state’s (supposed) monopoly on violence that are consciously designed to weaken the state itself are always going to be treated more seriously than threats that ‘merely’ take lives and flatten economies.  Not least, violent threats tend to justify the state accruing power (more drones, fewer rights) while nonviolent threats often involve ceding power to global institutions (think of the International Health Regulations of the World Health Organization, for example).  But perhaps the utterly lopsided level of response also reflects the very fact that existing national security institutions are overwhelmingly dominated by the financing and staffing of weapons systems.  If your toolbox is overflowing with precision guided munitions, the problems you will focus on are ones that (arguably) can be solved with precision guided munitions. Budgets and staffing aren’t just a result of prioritization, they help set priorities.  That’s something farsighted US leaders have understood about military spending at least since Eisenhower was president.

Across countries, there does appear to be a (weak) relationship between high military expenditure and poor performance on tackling a range of global problems.  The figure below shows G20 and selected other high-income countries by their military expenditure as a percentage of gross national income (GNI) on the x-axis, and their income-adjusted score on the Commitment to Development Index (CDI) on the y-axis.  The CDI measures a country’s global engagement in areas from aid through migration and trade policy to policies on climate, pandemics, and intellectual property, with scores from 0 to 100.  That makes it a (surely imperfect) proxy for responding to nonviolent threats to national security.  The relationship is partial, likely runs in both directions, and is surely linked by underlying factors.  But it does appear that while it is easy to be bad at doing global good even with a small military, it is quite difficult to be both good at doing global good and also having a big military (i.e., a defense budget of two percent of GNI or larger).  The US, the datapoint in red, actually outperformed on the CDI given what you might expect from the size of its military budget—but still only gets half marks.

The CDI itself demonstrates that military spending and capacities can be important tools to deliver on global goods—the security component rewards contributions to peacekeeping missions, for example.  But the global UN peacekeeping budget, at $6.38 billion, is less than one percent of the US Department of Defense budget alone.  Meanwhile, the Department of Defense request for that US budget, overwhelmingly spent on buying and staffing weapons systems, uses four bullet points to describe what the department is trying to defend the nation against: one for China, one for rogue states and terrorists, and one each for COVID-19 and climate. The mismatch between the tools we finance and the tools we need couldn’t be better illustrated.

In the US, the foreign policy argument is often termed as one between global engagement and isolationism.  That is not the relevant discussion for the 21st Century.  As COVID-19 has demonstrated yet again, global cooperation is vital to the quality of life of every country—including the US.  The relevant argument is what kind of global engagement will lead to the best national security outcomes.  While the answer depends on the threat, emptying out some of the precision guided munitions in the national security toolbox and replacing them with items like vaccines and solar power systems would allow the US and its partners to better respond to the range of clear and present dangers they face.  More broadly, NATO countries regularly commit to spending two percent or more of their GNI on defense: the data might suggest that to help support good global citizenship, that two percent line should be a ceiling rather than a floor. Taking finance from military budgets to respond to nonviolent national security imperatives would both help focus on those imperatives and help fix them, too.