What Do Middle-Income Countries Want from the IMF as They Look to Recover from the Pandemic? | Center for Global Development | Ideas to Action Skip to main content

What Do Middle-Income Countries Want from the IMF as They Look to Recover from the Pandemic? 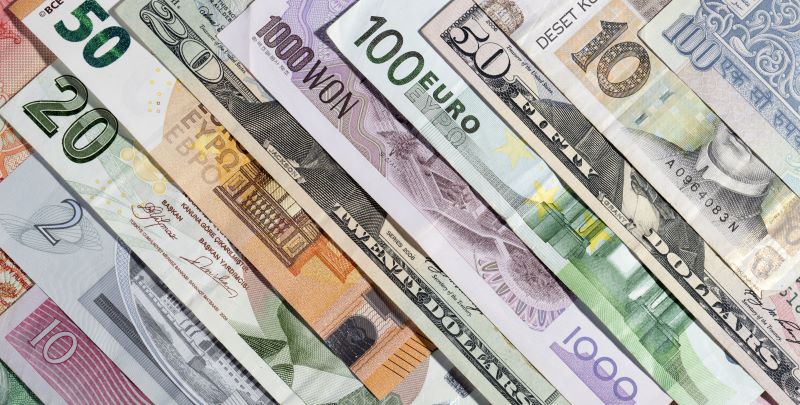 Low-Income Countries Need a Boost for the Recovery. Here's How the IMF Can Step Up
Masood Ahmed
May 03, 2021

After more than a year of grappling with the economic effects of the COVID-19 pandemic, many middle-income countries (MICs) will continue to experience health and economic dislocation for some time to come. While much of the global financial community’s attention has focused on supporting low-income countries (LICs), the majority of the world’s poor are in MICs, and economic recovery in these countries will be critical to an equitable and sustainable global future.

The International Monetary Fund (IMF) can be a key player in mobilizing the short- and medium-term financing needed to help MICs emerge from the crisis and set a new course for the global economy. Yet to date, many MICs have hesitated to access IMF financing to confront the current crisis. (Of course, countries classified as MICs differ from one another significantly, including in their relations with the IMF. Some—such as Botswana, Malaysia, and Saudi Arabia—have never borrowed from the IMF, while others—such as Argentina, Pakistan, and Turkey—have had repeated IMF-supported programs.)

To understand the current reticence among MICs to access IMF support, CGD held a closed-door meeting with current and former MIC officials from across the globe (central bank governors, deputy governors, and ministers of finance) earlier this year. With a view towards past experiences, we found four plausible explanations for the low uptake of IMF financial support during the pandemic. We identify these and give our take on how to deal with them below.

1. The IMF does not really have instruments for a global, exogenous shock like the pandemic

COVID-19 was an exogenous shock that affected the world at large—not even the Global Financial Crisis of 2009 had such a far-reaching impact. Countries were deeply affected regardless of the pre-COVID state of their economy. With economies grinding to a halt, governments had to step up to provide more services to their people at a time when their tax revenues were falling. Delaying expenditure costs lives. While rich countries were able to finance their way out of the crisis using creative monetary policies, many MICs did not have that flexibility. So, the IMF should have been a logical place to turn for help.

But IMF lending tools focus on balance-of-payments needs and the necessary medium-term solutions.[1]They can be used for short-term needs but are not well suited for self-correcting shocks that do not require substantial policy changes. This makes sense in a country-by-country setting, but when the entire world economy is tanking, the IMF must give MICs the power to act as quickly as rich countries with limited or no policy conditionality. And the focus should not be so much on immediate balance-of-payments needs, which perversely may be small in a quickly shrinking global economy. Instead “priming the pump” economy-by-economy should be the order of the day.

To solve this problem, the IMF should offer quick-disbursing lending instruments without ex-ante conditionality during periods of global crises. We make two proposals:

2. For countries that faced financial difficulties at the onset of the pandemic, IMF lending conditions for their traditional, non-precautionary instruments are not always favorable

First, programs supported by these arrangements can be too short, especially if economic growth concerns are considered. The argument is that the adjustments and reforms required in IMF programs, particularly on the fiscal front, are hard to achieve during the short duration of the programs (currently, the average IMF program lasts two years and nine months). Since the pandemic shock (or other similar shocks) directly affects growth prospects, reducing fiscal deficits through either reduction in government expenditures or increases in tax revenues, or both, is not only hard to achieve but might even reinforce the contractionary cycle.

Second, charging surcharges during the pandemic (or other acute global shocks) is not appropriate. In addition, some policymakers argue that surcharges are, generally, too high even during normal times; for example, a surcharge of 300 basis points after three and a half years raises the cost of longer-term borrowing from the IMF excessively relative to accessing private markets. It is worth noting that surcharges were applied even to emergency lending under the RFI where countries were already significant users of General Resources Account credit.

Third, the paperwork needed to obtain IMF resources has traditionally been seen as cumbersome and the loan mobilization process as taking too much time. In light of the pandemic, procedures were streamlined for accessing the emergency facilities and there was an attempt to streamline conditions by using indicative targets rather than more binding performance criteria. Continued efforts to implement streamlining will be needed, while not sacrificing the need for agreement on corrective policies.

Fourth, the conditionality associated with IMF programs is seen as highly onerous by the authorities in a number of countries and is perceived locally as a loss of independence on the conduct of domestic policies. This stigma problem results in some countries preferring to access markets, even at very high rates, rather than apply for an IMF loan.

The IMF could take several possible steps to address these objections, including:

3. MICs want access to the IMF insurance mechanisms, but the IMF is not comfortable extending its precautionary credit lines

Facing huge uncertainties regarding the evolution of the pandemic and the behavior of the international capital markets, countries with strong macroeconomic fundamentals can benefit from insurance against capital flow volatility. Prompt contingent access to dollar liquidity at cheap terms and with no (or at least few) strings attached could calm capital markets and ensure continued access in times of uncertainty, thus complementing countries’ international reserves.

The IMF provides three precautionary lines of credit that can be used by MICs to meet their needs for international liquidity insurance: the Flexible Credit Line (FCL), the Precautionary and Liquidity Line (PLL) and the Short-term Liquidity Line (SLL). But, although at any given point in time quite a significant number of countries could qualify (Birdsall, Rojas-Suarez and Diofasi), the take up is very low. Currently, only Colombia, Chile, Mexico, and Peru use the FCL (Poland used it previously). Only Panama and Morocco have used the PLL. No country has yet accessed the SLL.

There are several explanations for this outcome.

First, there is the oft-cited stigma problem: accessing IMF resources, even provisionally, could be perceived as a signal that the country is facing (or is about to face) financial difficulties and could precipitate the capital flight and financial crisis the country wants to insure against.

Interestingly, however, this is not a view shared by authorities in all MICs. For some, the contrary is true: accessing the IMF precautionary credit lines has been viewed as a signal of strength; a clear indication that the country is a sound performer and can, therefore, belong to the exclusive club of FCL/PLL recipients.

Data shows that when countries access these lines of credit there is either no change or an improvement in the cost of finance through the international capital markets. As reported by a 2014 IMF review of these facilities, countries that announced their request for and FCL or PLL facility experienced a significant decline in the spreads of their sovereign bonds and a decline in exchange rate volatility.

Instead, and most likely, the stigma argument raised by some officials reflects political issues within their own countries; for example, presidents arguing that the country “will never go to the IMF.”

Second—and perhaps the most important insight we gained in trying to understand this problem—is some authorities’ perception that the IMF generally discourages MICs from applying to its precautionary lines of credit or encourages exit from these facilities after a short period of time to moderate contingent calls on its balance sheet. This reflects an apparent mismatch between how the IMF and countries perceive the FCL and the other credit lines. For the FCL and other credit lines to serve as a true insurance mechanism, countries would like continued access to the facilities over the long haul, as Mexico has had. But there appears to be some reluctance to offer wide access and renew that access repeatedly.

4. Beyond the design of IMF facilities, the IMF’s communication strategy during global crises is inadequate

The IMF’s message on who can borrow and for what reason became blurred during the pandemic. Some of the issues that could benefit from improvements in IMF communications to its membership are:

This note is not meant be a comprehensive blueprint for reform of the IMF and/or its lending facilities, particularly those accessed by MICs. And clearly other global factors have played into the demand for IMF resources, such as the huge monetary impulse during the pandemic from the US Federal Reserve, the European Central Bank, and other central banks. But we hope to provoke a discussion about why, during a time of an unparalleled global economic crisis, the IMF’s regular balance sheet has been largely untapped. There is no one cause, but a complex set of rules, principles, perceptions, misperceptions, and guidelines that bind the IMF and its member countries into positions where a pool of badly need capital sits largely dormant. As the saying goes, let’s not waste a good crisis—perhaps the pandemic will bring about a detailed and multipronged examination of the IMF’s lending instruments that is long overdue.

We appreciate comments on an earlier version of this note from David Andrews, Adnan Mazarei, and IMF staff. We also acknowledge the research assistance of Alejandro Fiorito and Mauricio Cardenas Gonzalez. Any remaining errors remain the responsibility of the authors.

[1] The notion of balance-of-payments need has been increasingly interpreted with flexibility. For example, considerable budgetary support was provided to countries during the Great Financial Crisis, but interpreted by the IMF as consistent with addressing a balance of payments need.

[3] Access to these facilities is governed by a set of criteria including numerical thresholds, but also permits judgment on the part of staff and the Executive Board in their application.

[4] Serial use is indeed IMF policy (see here), but this was not well understood by the officials we consulted.