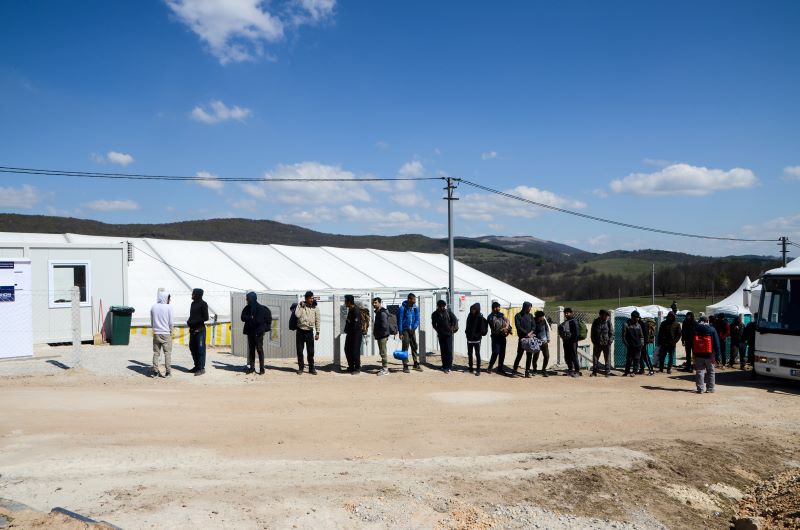 On July 7, CGD convened a private, online, high-level roundtable of 15 major humanitarian donors, multilateral agencies, and NGO leaders under the Chatham House Rule to discuss humanitarian financing challenges and four proposals to reform the humanitarian business model. This note explores what was discussed, and what we can learn about the future of humanitarian reform.

CGD’s Patrick Saez presented recent policy proposals on humanitarian finance and performance management. Humanitarian response is funded on a piecemeal basis. The humanitarian system should instead be resourced as a global public good, since it is meant to provide for the basic needs of people in crisis, based on severity and without discrimination. Funding predictable humanitarian requirements through a common, multiyear replenishment model based on objective data could allow for better prioritization, allocative efficiency, and response effectiveness.

Most funding in the system is earmarked and core functions are dependent on overheads collected on project grants. This makes agencies reticent to share costing information transparently and incentivizes unfair competition and the inflation of funding requests. Core funding compacts between donors and aid agencies could ensure core costs are funded predictably, while promoting the consolidation of functions wherever possible.

Channeling a critical mass of funding through pooled, multisectoral mechanisms, at the country level, could overcome duplication and increase the transparency of allocative decisions. UN or other existing pooled funds could be retooled to transfers larger amounts of funding to frontline responders, in more flexible ways than they are currently able to.

Finally, investing in independent outcomes measurement could support a broader shift in focus away from measuring inputs and outputs as a proxy for program impact. Efforts should build upon progress already made in some Humanitarian Response Plans, and indicators agreed collectively and impartially measured at the crisis level. Funding should be based on planning for outcomes at the crisis level rather than applied toward bilateral priorities captured in aggregated project costs.

Participants observed that donors fund development programs through longer-term commitments and asked how development finance could be mobilized to reduce humanitarian needs or increase the scope for multiyear finance. An NGO perspective confirmed that multiyear financing had made a huge difference in their programming and was the preferred way to receive funds, though not consistent.

The donor base must expand. Taking the case of Europe as an example, only five countries currently account for 80 percent of EU funding. If all EU members met the 0.7 percent target for aid funding, that could help catalyze a shift in the financing model. Defining humanitarian crises in the development context—incorporating different funding streams and international financial institutions—could expand how the system is understood to include participatory action, taking a multi-hazards approach, and bringing in solutions from the private sector, notably insurers.

Still, donors operated independently of each other, “in our own worlds.” Though some worked with other, nontraditional donors, the group overall lacked insight into each other’s priorities and constraints, limiting the scope for broader participation in a collective replenishment model. Some donor agencies also felt restricted by the priorities of their finance ministries and accountability to taxpayers who are concerned with the value for money and visibility of how funds are channeled.

Regarding how to build consensus among donors, multilateral agencies, and NGOs on the need to pre-arrange finance for predictable and protracted crises, opportunities for dialogue are generally absent, despite being important to solidify joint efforts. Discussants returned to the notion that existing parts of the system should be adapted rather than creating a new mechanism, with an aim toward shifting a critical mass of funding channeled via country-level pooled funds. Participants highlighted existing platforms that could be further developed, such as bringing donors into a formal engagement with the IASC or building on the Grand Bargain process.

Debate over the definition and cost of the core functions of international organizations should be settled to ensure they can be adequately funded. Across the sector, core costs are broadly understood to include management costs, and there is less clarity around normative functions, or the costs of maintaining pipelines or rosters. The group broadly agreed that having a comprehensive definition and understanding of core costs, and using common systems as much as possible, could promote consistency and transparency in aid delivery. Agencies and NGOs reported using core funding differently, such as channeling it to underfunded contexts or for other specific uses.

Donors should commit in principle to sharing the burden of these core costs to provide incentives for common definitions and costing. Yet, while it is important to have transparency on costs and efficiency of service delivery, donors also noted their competing interests and targets, and use of “contradicting” channels, can all hinder coordination. Huge budget pressures on a number of donors also limited their flexibility.

To agree on the cost and definition of core functions across the system, large donors noted the need to overcome pressures from auditing bodies concerned with overspending and the lack of sufficient oversight of funds going to multilateral organizations. One participant suggested that introducing a “capping approach” to funding could reduce indirect support costs. Donors could also set limits on funding for activities taking place outside areas where the most affected populations are.

Earmarking has proportionally increased in recent years. And although several donors present mentioned an increase in their contribution to country-based pooled funds, the proportion of total humanitarian finance channeled through those funds has decreased in recent years.  While donors committed to reduce earmarking in the Grand Bargain, some felt under pressure to earmark for their individual thematic priorities, like gender, to ensure they are adequately resourced.

On whether reformed pooled funds could increase the proportion of funding going to frontline and local responders, the group agreed that solutions to consolidate the intermediary function at country level should be found within the system. The group was amenable to the idea of piloting enhanced pooled funds in different contexts. The starting point should be mapping already-existing pooled funds that work well and could be upgraded. Making a comprehensive overview of the existing landscape of pooled funds could ensure complementarity and make it easier to collectively invest in the better options. Participants also mentioned trust funds that have had proven accountability successes, and the need to draw lessons from vertical funds such as Education Cannot Wait, or the special fund for Yemen.

It is well-understood that current needs assessments often overlap and are duplicated, with affected people being interviewed by different organizational representatives about the same things. One participant challenged the group to better arrive at outcomes and present those to donors linked to humanitarian strategies. Another recommended introducing a standard for transparency to report on the amount and duration of pass-through funding to other partners.

Despite donors’ common interest in accountability to affected populations, one doubted that independent monitoring would push deeper change. One raised the issue of outcomes being measured at different levels; some agencies measure outcomes against targets for the Sustainable Development Goals and develop their strategic plans around them. Most of the populations served are in protracted crises where changing needs are difficult to anticipate. Care should be taken to ensure outcomes measurement begins from the view that the crisis should not exist, rather than merely seek to improve the business model. Several participants also noted work already being done on having a joined-up approach, and opportunities to build on the work of individual agencies.

This discussion built on previous roundtables convened under the banner of “rethinking humanitarian reform.” Over the last two years, CGD has separately convened donors and aid agencies to better understand reform blockages and identify actionable solutions. Moving forward, the group agreed it would be useful to continue in a joint dialogue process to reach consensus on specific targets and proposals for reform, and in smaller groups to go deeper into specific issues. Specific ideas being taken forward already included broadening NGO partnerships with the aim to shift funding across the humanitarian / development nexus and pursuing anticipatory finance to generate opportunities to broaden the funding base.

Continuing the conversation will be critical to move the focus beyond ideas of what should be done to plan for taking them forward. Participants voiced concerns that in spite of commitments to more quality funding, earmarking has increased and should be reduced, and multiyear funding should increase further. The landscape of pooled funds should be surveyed and strengthened. Reaching out to emerging humanitarian donors is urgent, particularly countries that contribute disproportionately less than others compared with the size of their economy.

The next step is to generate political will and forge a path forward. Despite obstacles, the meeting concluded on a note of urgency—that humanitarian finance is not growing to meet the vast scale of needs and it is more crucial than ever to ensure pledges translate into timely allocations. The group was optimistic that further dialogue and collaboration would yield progress toward a more efficient, transparent, and effective system, and ultimately, better outcomes.