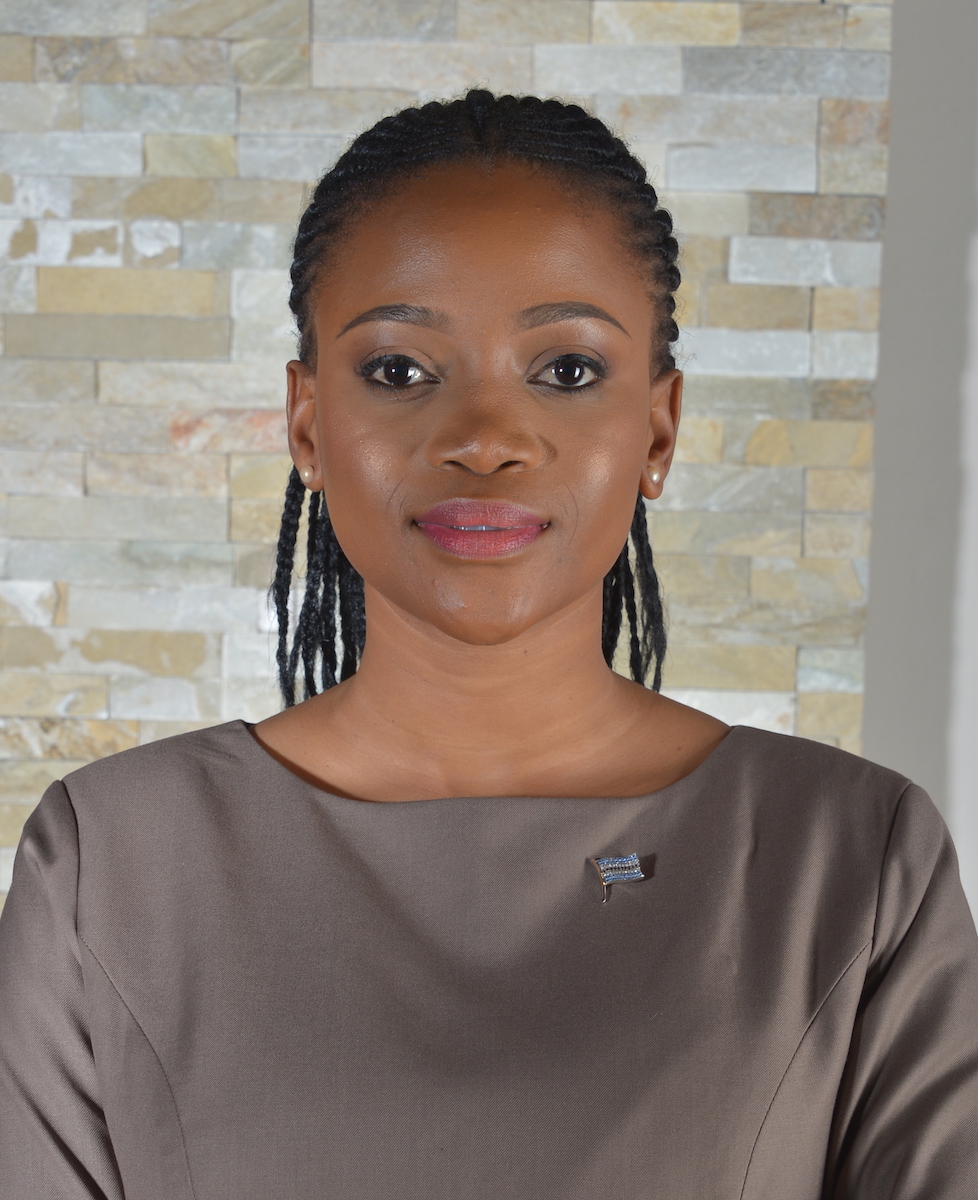 Bogolo J. Kenewendo is an African economist and Managing Director of Kenewendo Advisory. She is the former Minister of Investment, Trade and Industry of Botswana. She holds an MSc in International Economics from the University of Sussex (UK) through the prestigious Chevening Scholarship. She is a certified Project Management PRINCE 2 practitioner and a BQA accredited trainer on economic issues. She is also the Program Leader of Molaya Kgosi Women Leadership and Mentorship Program and the Board Chair of Molaya Kgosi Trust. She is a member of the United Nations Secretary General (UN SG) António Guterres’ High Level Panel on Digital Cooperation, advising him on a rising global trend and how the UN can push for more cooperation in that space. She is also a World Economic Forum (WEF) Young Global Leader (YGL, 2019) and a member of the WEF Global Future Council for Global Public Goods in the Fourth Industrial Revolution. She recently joined the RDC Properties board as a Non-Executive Independent Director.

As the Minister, Kenewendo championed and introduced policy changes and doing business reforms including: reducing cost and time to start a business in Botswana from 49 days to 7 through implementing an online business registration system, reforming licensing requirements, introducing digital economy strategy and development of ecommerce ecosystem, introducing Supplier Development Program for SME onboarding in various value chains; increased foreign direct investments in one year against the target of the last 5 years. As Minister, she oversaw and served as the shareholder’s representative on 11 state-owned enterprises including one on development finance. She also chaired several trade agreement negotiations including post-Brexit agreement with the United Kingdom, chairing on-behalf of SACU and Mozambique, the Joint Council Economic Partnership Agreement with the European Union and the Tripartite Free Trade Area Agreement on behalf of SACU.

In line with her passions as an advocate, Kenewendo moved two motions towards the protection of children’s rights: “The alignment of the penal code to the Children’s Act” which would deal with issues of sexual consent, child imprisonment, and incest, just to name a few. The second was on “The creation of a sex offender’s registry,” which was motivated by the inactivity of the registry that dealt with children-specific cases and rising cases of sexual assaults in the country. In parliament, Kenewendo’s voice is associated with inclusivity: inclusivity in development and ensuring services reach the people in a timely manner as their share of the national cake. She aligns herself with the SDG message of “leave no one behind.”

Kenewendo was one of the first Botswana youth representatives to the United Nations General Assembly. She is also a beneficiary and alumni of the US President’s Young African Leaders Initiative for young women. In 2012 she was honoured with the Ten Outstanding Young Persons (TOYP) award by JCI Botswana and was honoured with a 2016 Botswana Change Makers Award in Business and leadership as well as a 2016 Formidable Woman award. Still in 2016 she was honoured through the UK Foreign and Commonwealth Office International Leaders Program and one of Chevening’s 35 Global Changemakers in 2019 and she constantly features in Africa’s most influential person’s lists.

To arrange an interview with a CGD expert, please contact mediarelations@cgdev.org
Tweets by BogoloKenewendo