Why Refugee Girls Are Missing Out on Secondary School 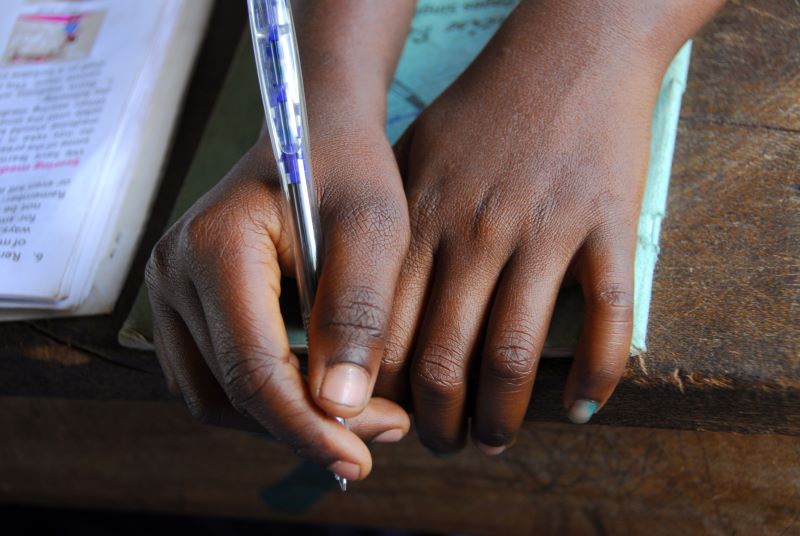 Despite global and regional commitments to ensure that all children have access to education, refugee children are being left behind. Refugee enrollment in secondary school lags behind host community children in nearly all major host countries, with gaps often more severe for girls.

In a new study, forthcoming at the Journal on Education in Emergencies, I examine household and community factors shaping secondary school participation for refugee and host community students in Ethiopia, one of the largest refugee-hosting countries in Africa.

Using two large household surveys—the World Bank’s Skills Profiling Survey (which covered more than 27,000 people) and UNICEF’s Building Self-Reliance Program survey (with more than 17,000 people)—I find that while there are some important and distinct concerns for refugee girls, there are also several ways in which they face the same challenges as the girls in the communities around them.

As a majority of the more than 800 thousand refugees hosted in Ethiopia live in camps located in remote areas of the country, host communities thus also often have limited access to sufficient public services, including schools. I compare refugees to their immediately surrounding host communities to examine the ways in which barriers vary within narrowly defined geographic locations.

Refugee and host community parents within my study had similar educational backgrounds, and findings suggest that first-generation learner status is correlated with lower rates of secondary school participation for both groups. Additionally, in most cases refugee and host community parents expressed similar levels of satisfaction with the quality of schools and teachers available in their areas as well as similar opinions about the value of education for girls. This is consistent with recent research in Ethiopia that finds that being a first-generation learner is negatively correlated with education outcomes for national students.

Globally, adolescent girls face the greatest risk of violence and exploitation of any age group. The risks of gender-based violence (GBV) and early or forced marriage for adolescent girls are heightened in humanitarian settings and can negatively impact education. In Ethiopia, refugee women reported slightly higher rates of GBV than host community women in all regions except for Benishangul-Gumuz and Somali. In Somali, more than 50 percent of women in both groups reported experiencing GBV. Overall, the relatively high prevalence of GBV experienced by both groups suggests that this is a common challenge that should be addressed in both refugee and host communities, perhaps through common interventions.

In Ethiopia, like other host countries in the region, including Kenya, secondary schools are located within host communities, thus requiring refugee learners to travel outside of camps—and sometimes very long distances—to attend secondary school. This can result in much longer travel times and greater exposure to host communities than is necessary to attend the primary schools located within camps. Refugee girls in households which reported feeling safe walking in the community were 6 to 10 percentage points more likely to be enrolled in secondary school. Though perceived safety and travel times to secondary schools matter for all students, and particularly for girls, they have the potential to disproportionately impact refugee girls specifically.

In large, diverse host countries–with large, diverse refugee populations–like Ethiopia (but also Kenya, Uganda, Sudan, and others), supporting refugees may require different solutions across locations based on refugee-host dynamics. For example, host community attitudes toward refugees were most negative in Benishangul-Gumuz (Table 2, columns 1 and 2). Refugees in Benishangul-Gumuz are less likely to share an ethnic background or language with the surrounding host community compared to those in other regions, which may contribute to negative feelings toward refugees as a more distinct outgroup. Conversely, we see more positive perceptions of refugees among host respondents in Somali, where refugees are likely to share a common ethnic identity and language with hosts.

From refugees’ perspectives, relationships with host communities were worst in Gambella and best in Somali (column 4). Gambella also has the largest gaps in secondary school participation between refugees and host communities with a difference of about 49 percentage points between the two, as well as the largest host community gender gaps with a 20-percentage point difference between host community boys and girls. Gambella also has more frequent instances of violence in the areas surrounding refugee camps, including violence targeting schools, which may contribute to both negative perceptions of relationships with hosts and could limit participation in school for both refugee and host community girls due to common concerns about safety.

As many low- and middle-income host countries move toward more inclusive models of refugee education, it’s critical to identify barriers that may differentially limit refugee girls’ inclusion and thus warrant unique or targeted policy solutions, as well as those which could be addressed jointly to benefit both refugees and hosts.

Note: This research was conducted and reflects findings prior to the recent increase in conflict in Ethiopia. The broad lessons are still relevant in Ethiopia and in many other low- and middle-income host countries. However location-specific statistics may vary based on heightened conflict, violence, and uncertainty, particularly in the Tigray region in which recent attacks have tragically targeted refugee camps.

Thanks to Dave Evans for helpful comments and suggestions.