When Foes Become Friends: Indigenous Rights and REDD+ in Indonesia 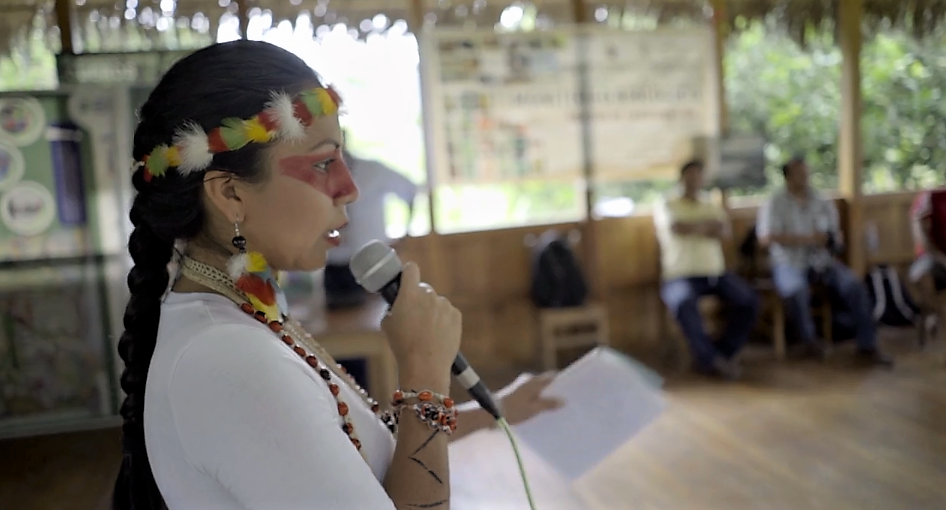 What Will It Take to Stop Tropical Deforestation? Lessons from Indigenous Peoples and REDD+ in Peru
William Savedoff
August 30, 2018

Last year, Indonesia’s tree cover loss declined by 60 percent to its lowest level since 2003. This kept some 0.2 gigatons of carbon dioxide out of the atmosphere which, by itself, represented about 0.5 percent of all global greenhouse gas emissions that year. Many factors were involved, but one was a tentative shift in domestic politics toward protecting the country’s forests and its indigenous peoples’ rights. This shift could not have been confidently envisioned even a decade ago. Yet today, if sustained and strengthened, this political change may make an appreciable difference to the rate and magnitude of global warming.

This story is told in “An Uneven Path Toward Rights and REDD+ in Indonesia,” which CGD commissioned as part of our research on the relationship between indigenous peoples and REDD+ (Reducing Emissions from Deforestation and forest Degradation and the role of conservation, sustainable management of forests, and enhancement of forest carbon stocks in developing countries). Other papers in the series included Guyana, Peru, and an overview.

Deforestation during and after Suharto

Indonesia’s forests have been a source of wealth for elites and the state for decades. In the Suharto era (1967–1998), the state issued licenses and granted concessions in Indonesia’s forests without regard for the people who lived in them and to favor political allies and reinforce the economic elite. Political opposition and efforts by indigenous peoples to demand their rights were forcefully repressed.

Unfortunately, deforestation accelerated after Suharto left office. Growing domestic and global demand for wood products and palm oil were the main pressures for clearing land, while decentralization and political fragmentation made it easier to obtain illegal concessions and engage in illicit exports.

Nevertheless, Suharto’s fall also created more political space for democratic action. Indigenous leaders from the movements that ousted Suharto established a national organization, AMAN (“Indigenous Peoples Alliance of the Archipelago”), to promote their rights through domestic mobilization and international outreach. When Indonesia entered the international debate over reducing tropical deforestation—particularly when it hosted the UNFCCC negotiations in Bali in 2007—AMAN and many other indigenous groups protested. They certainly wanted to halt deforestation, but they viewed REDD+ as yet another external effort to sever their relationships with the forest and exclude them from policy-setting. International efforts to save the forest and indigenous rights appeared to be foes.

The last 10 years have seen adjustments on all sides of this debate. The international community began to acknowledge—and later insist upon—the participation of indigenous peoples in local land-use decisions and national forest policies. AMAN continued its domestic efforts but also utilized international forums to promote their aims. They submitted formal complaints to the United Nations Committee on the Elimination of Racial Discrimination and obtained a favorable ruling on their demands for a voice in forest policy decisions. They participated actively in the deliberations over a Letter of Intent between Indonesia and Norway outlining cooperation on REDD+ and its subsequent implementation. They also took their claims to the Indonesian Constitutional Court and opened the door to recognition of their claims to territory that the state had treated as public land under a 1999 forest law.

National leaders staked out initiatives to establish Indonesia as part of international efforts to fight climate change. In 2009, President Yudhoyono committed to reducing Indonesia’s greenhouse gas emissions by 26 percent by 2020 but offered to go further and reduce them by 41 percent if international assistance were forthcoming. During his term, the REDD+ initiative started the process of developing consistent maps that would facilitate forest monitoring and rights’ protections. In 2016, under President Jokowi, the government recognized communal tenure for nine communities on 13,000 hectares—a small step that still established an important precedent, which has subsequently benefited more communities.

The future is never certain. International efforts, indigenous mobilization, and domestic political change must all continue if Indonesia’s forests are to be protected from the economic and political interests that benefit from deforestation. But this task is somewhat easier because movements that were initially antagonistic—REDD+ and indigenous rights—are now increasingly aligned. In the process, indigenous peoples have become part of the political equation in Indonesia (as elsewhere) for their own interests but also for preserving forests and our collective future.