The Upside of Down - Charles Kenny

What should the US and Europe do about the relative decline of their global influence? My guest this week, CGD senior fellow Charles Kenny, has a surprising answer in his new book, The Upside of Down: Why the Rise of the Rest Is Good for the West. His take? Embrace it. 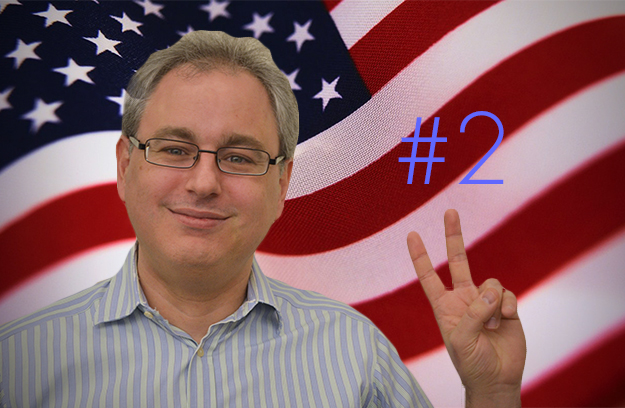 “The opportunities of a wealthier world will also be far easier to grasp if the West stops trying to reverse the inevitable flow of its relative decline and moves to channel it instead,” he says.

“Rather than focusing on retaining or regaining top nation status on anachronistic measures of influence like aggregate output, policymakers should maximize America’s and Europe’s benefits from a richer, healthier, more educated, and safer world.”

Charles is an inveterate optimist whose previous book was titled Getting Better: Why Global Development Is Succeeding--And How We Can Improve the World Even More. In the Upside of Down he addresses fears that the rapid rise of the developing world will diminish not only the influence of the US and Europe but also the quality of life.

To the contrary, he argues, life can get better even as national status as measured in aggregate GDP is eclipsed by rapid growth in China, India, Brazil and elsewhere. Charles background—his mother is American, his father British—leads him to see a wider lesson in the UK experience.

“The US will lose some global influence, as China’s GPD overtakes it, maybe as India’s GDP overtakes it; but Britain has much less global influence today than it had at the height of the British Empire and it’s also just a much nicer place to live.”

The key to adjusting gracefully to relative decline lies in what might be called good global citizenship: pursuing policies that are fair to people in the developing world and ultimately better for people in the wealthy countries, too.

Many of Charles’s examples concern US policies, though he notes that the same approach applies to Europe as well.

Too often, he says, narrow, short term interests predominate, while a broader, longer-term perspective would support policies that are good for Americans and for everybody else, especially in a world where the US is no longer No. 1.  Among the topics we cover: US migration policy, intellectual property rights, and tobacco exports.

In the second half of the Wonkcast we move onto a discussion of climate change. Charles is quick to acknowledge that there are legitimate fears that the “rise of the rest” that he celebrates throughout his new book “may toast the planet.”

But here, too, he sees reasons for hope: developing countries, he says, are moving more rapidly than the West to address climate change.

“The largest producer and consumer of solar in the world is China,” Charles notes. “The percentage of people willing to give up money to help the environment is twice that of the US. There is reason to believe that developing countries are taking this stuff more seriously than we do now.”

We end with a discussion of the role of money in politics in the US—a key element in my view in the predominance of the short-term, narrow thinking that too often drives US policies at home and towards the rest of the world. Charles manages to persuade me that this, too, is not entirely hopeless. Our conversation is just the thing you want to listen to if you are feeling discouraged about the state of the world.

My thanks to Kristina Wilson for recording and editing the Wonkcast and for a first draft of this blog post.