As part of our new Gender and Development program, CGD just hosted the first annual Birdsall House Conference on Women. (In case you missed it, you can watch the video here.) This year’s session, “Small Changes, Big Impact: Creating Conditions for Women and Girls to Thrive,” explored the possibility that cheap and scalable aid-funded interventions could considerably improve the lives of women and girls. Short answer: small changes do have big potential, but their limits should be acknowledged — and they require continued study and fine-tuning in order to be more effective. 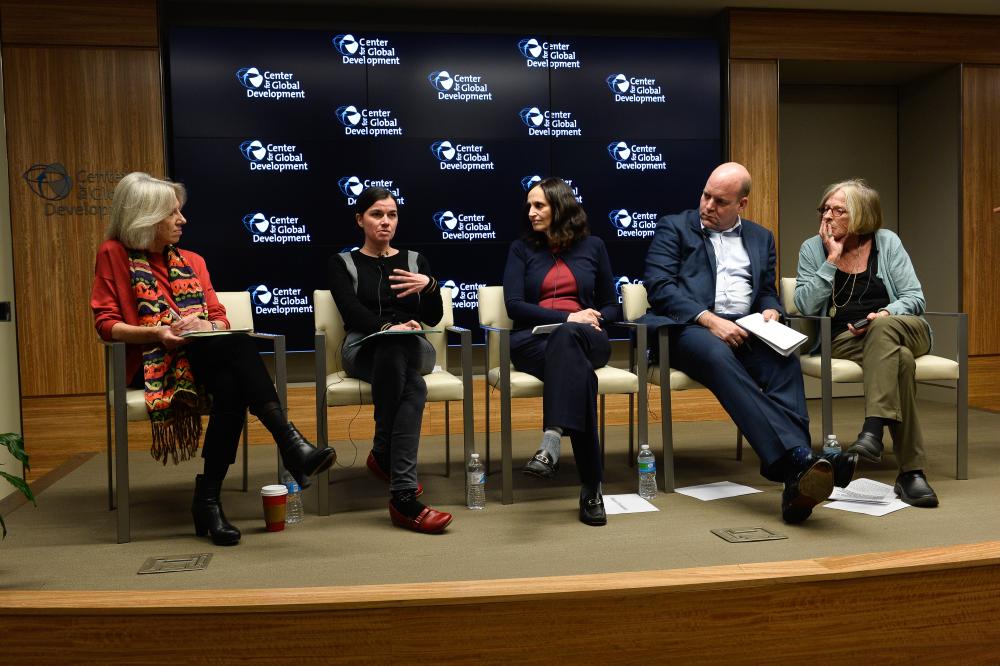 There is strong evidence that cash transfers are one “small change” that can have meaningful impacts. Examples include Mexico’s Oportunidades program, which was able to considerably increase girls’ school attendance and women’s visits to health clinics. Evidence from Malawi suggests that even when girls choose to spend money they receive directly on consumption goods (hair braids or make-up, for example), having an independent source of income means that they don’t rely on sugar daddies to make these purchases — so they are less likely to get pregnant young. And even when cash transfers don’t drastically alter targeted behavior over the long term, we shouldn’t be too quick to call them a failure: at least they’ve usually got cash into the hands of very poor people.

Nonetheless, there are concerns about (aid-funded) cash transfer programs that need to be addressed in order to ensure they are more effective going forward.

Gender quotas are another relatively small intervention with big potential. When women are included in politics or donor projects through quotas, attitudes around women’s abilities to lead improve, as well as women’s health outcomes and their daughters’ school attendance. Nonetheless, just like cash transfers, several factors need to be addressed to make quotas in aid projects in particular pack as much punch as possible.

A theme that emerged throughout the conference was that no one intervention can do it all. Even proponents of cash transfers, quotas, and communications tools emphasized that nudges can only do so much when women and girls lack access to quality education, health care, and employment. Paying a family to send their daughter to school or to delay her marriage won’t ensure she learns anything while in the classroom or will have good job prospects when she graduates. Just as cash transfers can’t ensure that quality education or health care is available, quotas can’t simply overhaul ingrained attitudes about women’s societal roles. Overall, the evidence suggests that that we should avoid looking for quick fixes (from donors or elsewhere).

The lesson for donors is that gender outcomes are closely related to overall development progress and multiple interventions, if well designed, can play some role in speeding greater equality. That speaks to the importance of mainstreaming, where in large part we see good news: institutions like the World Bank and the Inter-American Development Bank have increasingly mainstreamed gender analysis into their projects, and the Gates Foundation recently appointed its first-ever director of gender equality.

Nonetheless, it appears that the funding levels aimed specifically at gender equality outcomes are extremely limited. That suggests that the answer to whether there is enough aid money to scale more expensive approaches like cash transfers is almost always going to be “no.”  And questions remain as to the most effective areas to target those transfers toward.  As usual, one conclusion of this research conference was “more research needed.”