The Rohingya Response: Shifting to a Whole of Society Approach that Benefits All

At a high-level side event at the 74th UN General Assembly last week, Bangladesh’s Prime Minister Sheikh Hasina put forward proposals for a sustainable and peaceful solution to the Rohingya crisis. Her proposals centered on solutions in Myanmar that would allow for Rohingya to safely return home. The Government of Bangladesh rightly wants Myanmar to be held accountable for resolving the root cause of the crisis, but the reality is that voluntary, safe, dignified, and sustainable returns of the Rohingya to Myanmar are unlikely in the near term. In fact, there have already been several attempts at repatriation, the most recent in August this year, but none have been successful.

For the well-being of the roughly one million Rohingya as well as the Bangladeshis living in Cox’s Bazar, the Government of Bangladesh must prepare for this refugee crisis to become protracted. Even if Myanmar successfully addresses the underlying causes of displacement and Rohingya begin returning, estimates show that even in the best-case scenario, significant numbers of Rohingya will remain in Bangladesh for more than a decade.

All signs point to an acute need for a new approach in Bangladesh. Two years on, the response to the Rohingya crisis remains based on a short-term view that focuses on delivering basic and lifesaving humanitarian assistance—but the needs of the Rohingya refugees and local hosting community are far more complex.

In a new joint paper by the International Rescue Committee (IRC) and CGD, we explore the impact of a short-term vision and response plan, the policy barriers to a more effective response, and what the Government of Bangladesh and the international community must do to shift to a whole of society approach in the medium-term (next three to five years) that will drive self-reliance and well-being outcomes for all. 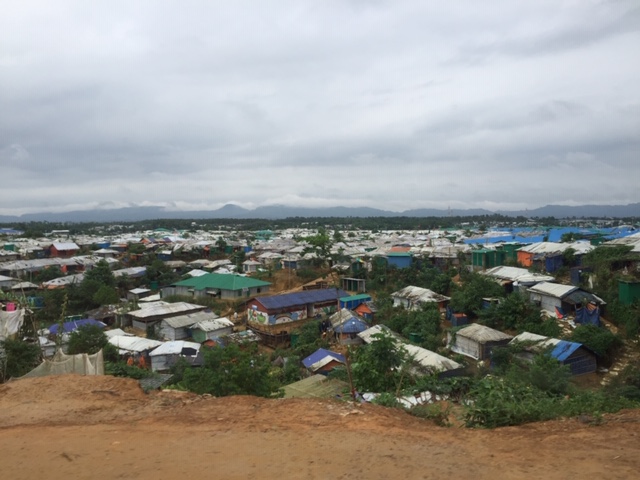 The inadequacy of the current response has implications for the well-being of and social cohesion between refugees and host communities, as well as for Bangladesh’s development trajectory. Nearly 44 percent of Rohingya refugees and 40 percent of the host community have poor or borderline food consumption. Some 75 percent of refugees are living below the minimum expenditure basket, while approximately 33 percent of the local population in Cox’s Bazar lives below the national poverty line. Due to a lack of decent livelihoods opportunities, child labor, early marriage, and drug trafficking are frequently reported. And community relations are deteriorating: a recent survey found nearly half of locals said intercommunity tensions exist. These impacts put Bangladesh on a rocky road to achieving the Sustainable Development Goals and the commitment to Leave No One Behind.

The Government of Bangladesh’s policy environment has proven a barrier to fully realizing a whole of society approach with a medium-term plan and the impact it can have. Since the start of the crisis, the Government has restricted NGO access to the camps and prohibited refugees from accessing the labor market and getting a formal, accredited education in schools. There has been some progress in the last year. A limited number of refugees can participate in cash-for-work and paid volunteer opportunities in the camps. Small-scale livelihoods activities, such as acquaculture ponds and sewing skills trainings, are being piloted. And the Government approved two of five levels of an informal learning framework for school-aged Rohingya children. However, this is a far cry from meeting needs and enabling self-reliance. 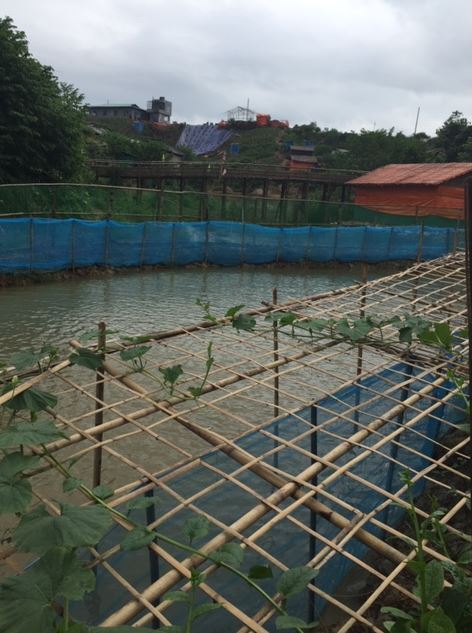 Moving Beyond the Emergency: A Whole of Society Approach to the Refugee Response in Bangladesh

One of the World Food Programme’s acquaculture ponds being piloted in Ukhia. Source: IRC

Inadequate financing to support the response—which will only worsen as donor fatigue sets in—is exacerbating these challenges. The 2019 Joint Response Plan is currently funded at just 42 percent. Saudi Arabia, the UAE, the US, the UK, Denmark, and Turkey committed a total of $270 million to UNHCR during the UN General Assembly to support the response to the crisis, but there will still be a funding shortfall and this financing will have limited impact due to the policy environment in Bangladesh. Development financing from the World Bank and Asian Development Bank will help meet the needs of refugees and host communities, but the banks have not successfully shifted the response to a multiyear plan to align with their multiyear financing. The World Bank has so far not leveraged its financing to encourage the Government of Bangladesh to reform its refugee policies to support self-reliance, as it has done elsewhere, such as in Jordan and Ethiopia. Consequently, bank financing is being used as gap-filling for humanitarian aid rather than as catalytic development financing.

Unlike five to ten years ago, the international community now acknowledges the importance of development approaches in refugee settings. The Grand Bargain, Global Compact on Refugees, and World Bank have catalyzed a set of tools for humanitarian and development actors to better support both refugees and hosts in protracted situations. Global experience demonstrates that developing a plan to address medium-term needs for refugees and for hosts—or a whole of society approach—is critical and that this plan should be put in place within the first few years of a crisis.

Now is the time to transition from an emergency response to a comprehensive whole of society approach over the medium-term that deliberately and strategically benefits the local population and Rohingya refugees. To this end, national and international actors should prioritize three pillars of actions: