Pressing the Reset Button on the Africa-Europe Relationship

This blog is part of a series by CGD ahead of the EU-Africa Summit which will begin on 17th February 2022. This series presents proposals for priorities, and commentary on whether a meaningful reconstruction of the relationship between the two continents is likely.

When the European Union (EU)-African Union (AU) summit which will take place in February was cancelled in 2020, background documents had already been prepared, and some are still on the table. This includes the joint communication of the European Commission (EC) and High Representative of the Union for Foreign Affairs and Security Policy (HR/VP) entitled “Toward a Comprehensive Strategy with Africa”. This document sets forth what the EU plans to do “with Africa”, with no indication given as to whether these ideas were discussed with Africa; what Africa’s response was; or to what extent Africa’s own ideas have found their way into the EU strategy.

Africa continues to be portrayed as a continent to be “aided” by the EU: a poor, fragile, violence-plagued and conflict-ridden continent. But there also exists a modern, striving and prospering Africa. In short, Africa has much to offer the EU. It could, for example, support EU members seeking approval by multilateral bodies such as the United Nations General Assembly on various positions. And there are a growing number of public and private actors within Africa calling for a more effective voice in matters that concern them, including international affairs.

The EU strategy document, though, indicates an ignorance to these by now long-standing, often repeated demands for a more effective voice and a partnership of equality.

From AU policy statements such as “Agenda 2063: The Africa We Want”, it is quite clear AU members aim not only to be legally recognized as sovereign states, but to progressively take charge of their development and the role that they play in the world. This is also evident from the writings of African thinkers, among them Carlos Lopes (honorary professor at the Nelson Mandela School of Governance at the University of Cape Town). Lopes recently raised the question “Could this [century] be the African Century?”, an idea further expanded in his book Africa is the future of the world. Rethinking Development. Africa’s growing self-confidence rests on its economic growth and, importantly, its rising population and mounting wealth in human capital, which, despite all continuing shortfalls in its human development, Africa has been able to achieve. But African countries, just like others—developed and developing—are of course struggling to keep this trajectory on track and prevent development reversals.

Considering the ‘Africa in transformation’, sketched above, the forthcoming summit is the ideal time for EU leaders to press the reset button and let the summit be a significant moment in history—the beginning of a EU-AU partnership on an equal footing.

If this were to happen, the summit might even set in motion a broader change in the relationships between the world’s major powers and the Global South, including its increasingly strong regional organizations, not only in Africa but also in other parts of the world, like, for example, ASEAN in Asia. Thus, the summit could even write more history. As I have argued elsewhere, the rising trend towards strengthened regionalism could help to create a more pluralistic world. This,  in turn, could lead to reinvigorated multilateralism and reinforced political will to resolve the most pressing global challenges we face, such as the present pandemic and climate change.

I hope the lessons that COVID-19 has taught us over the past two years about global interdependence will be taken on board by EU leaders at the summit. In particular, the lesson that mutually beneficial international cooperation based on a partnership of joint and equal agency is more often than not in our own enlightened self-interest—whether we are rich or poor, living in the North or in the South—must be taken forward.

Language about a new type of partnership has been around for some time, and featured in President Macron’s recent comments about the EU-AU summit. But it would be good for the EU to state, ahead of the summit, that leaders would greatly welcome hearing what the issues that Africa wants to place on the agenda are. This might be in terms of the spillover effects of EU policies that currently adversely affect the continent and which Africa would like to see being reduced; joint cooperative efforts in Africa and in the EU; in terms of joining forces to foster faster progress towards global sustainable growth and development for all.

If such a reset of the relationship were actually to happen, this would then call for a—long overdue—rethinking of the present system of international cooperation. On its operational side, international cooperation is still mostly viewed and labeled as development assistance or support for poorer countries, when in effect, it often also (sometimes even mainly) benefits the ‘donors’.

Maybe, at the February 2022 summit, EU and AU leaders could decide to place the issue of a new, more differentiated architecture of international cooperation and its financing on the agenda of their next summit which is due to happen, if all goes well, in 2024. 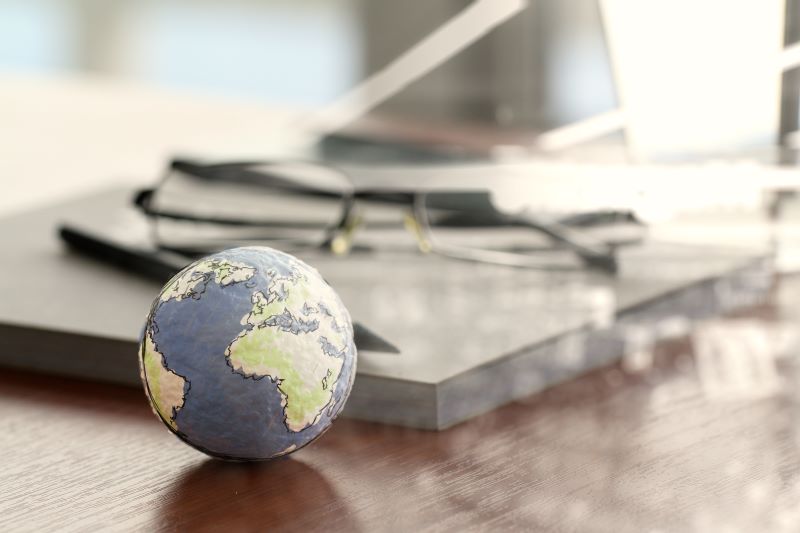 What Should Rich People Do to Help the World?
Charles Kenny
May 24, 2022