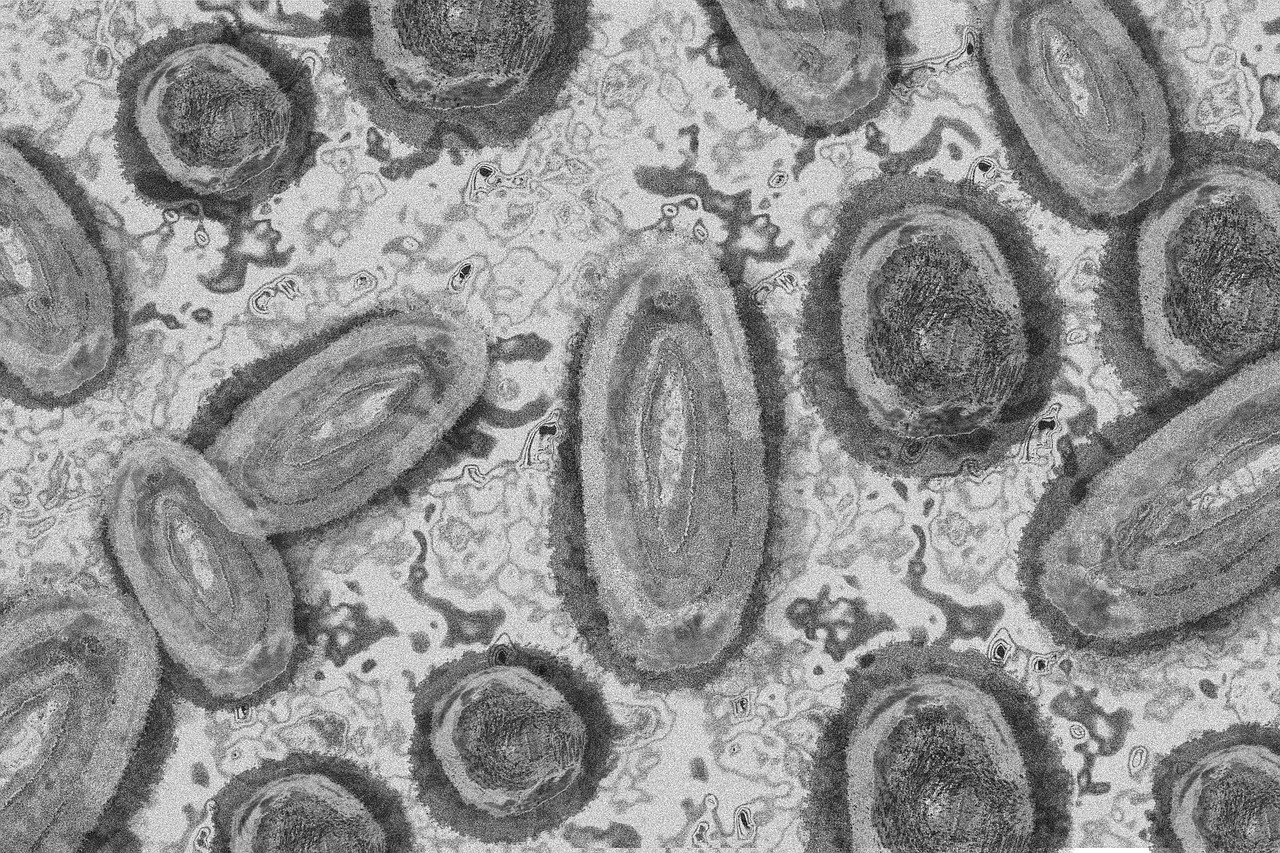 Global numbers of monkeypox cases are growing more slowly than when we first took a look, thanks to a combination of effective community-based outreach, behavior change, contact tracing, and swift vaccination. However, the outbreak is far from over, and familiar missteps suggest we have not yet translated the lessons learned from COVID-19 into stronger global capacity for preparedness and response.

There are now over 68,000 cases globally, and monkeypox has spread to 106 countries, 99 of which had not historically reported monkeypox. International concern has been slow to invigorate a rapid response against monkeypox, including the distribution of medical countermeasures and coordination among global public health entities across the national, regional, and global levels.

In this blog, we reflect on the status of equitable access to safe and effective diagnostics, vaccines, and treatments in the global response to the ongoing monkeypox outbreak, similarities to the COVID-19 response, and accountability during health emergencies.

Bavarian Nordic’s MVA-BN is the preferred vaccine in the monkeypox outbreak given its safer profile compared to other available vaccines (ACAM2000 and LC16). But Bavarian Nordic may not be able to keep pace with growing demand. Estimates suggest Bavarian Nordic only has capacity to produce around 20 million doses of the MVA-BN vaccine each year—which could cover about 10 million people with the recommended two-dose regimen. However, men who have male-to-male sexual contact (representing 94 percent of US monkeypox cases according to a recent CDC report) may encompass 18 million people worldwide. And vaccines will also be needed for high-risk populations, such as health care workers, and for those exposed to the monkeypox virus to help prevent illness. Based on current projections, demand will likely outstrip Bavarian Nordic’s supply.

At present, the scarce vaccine doses are being procured by higher-income countries rather than allocated based on need. Transparent data on the contracts with Bavarian Nordic has not been made public, but available reports suggest that most contracts have been with high-income countries, including Canada, Australia, and France, in addition to the countries that have already received doses. Brazil—which has the second largest reported total number of monkeypox cases (nearly 8,000) and the highest case count among lower-income countries—will likely get access to the vaccine soon through the Pan American Health Organization, which just secured 100,000 doses for Latin America and the Caribbean. Meanwhile, countries in West and Central Africa where the disease is endemic—the Democratic Republic of the Congo (DRC), Ghana, Liberia, Nigeria, Cameroon, Central African Republic (CAR), and Republic of the Congo—still have no access to the monkeypox vaccine.

Faced with limited supply, policymakers have turned to innovative approaches to stretch vaccine doses further. The FDA approved an alternative dosing approach to vaccinate five people from one vial of MVA-BN. If other countries follow the US’ lead, fewer vaccines could go farther.

A promising treatment, tecovirimat (Tpoxx), lacks clinical trial data to be authorized for broad use in humans. Tpoxx has been approved for use in the European Union and United Kingdom against the family of orthopoxvirus that includes smallpox, monkeypox, and cowpox. However, the antiviral drug is only approved to treat smallpox in the United States and Canada. Results from a small-scale clinical trial launched in CAR in July 2021 are expected soon, but many regulators will hold off until efficacy data is available from randomized control trials, including one set to begin in the DRC later this year.

Until regulators are able to issue an official decision on the use of Tpoxx for monkeypox, access is limited. For example, US physicians can access the drug, deemed experimental for monkeypox, only by requesting special permission through the Centers for Disease Control and Prevention—a process that involves significant time and resources.

International orders also suggest that high-income countries will likely get access to the treatment first. Drugmaker SIGA Technologies has received orders from the US, Canada, and Asia Pacific—which all stockpiled the drug previously—as well as Europe and countries in the Middle East. Notably, no treatments have been procured for West and Central African countries, where the virus has circulated in humans since 1970. SIGA has signaled its commitment to expanding access in low- and middle-income countries that often get pushed to the back of the line by countries that can pay more. However, it has yet to share an actionable plan for an equitable global rollout. And recent orders suggest price hikes in response to high demand, compared to previous costs for stockpiled courses, which could reinforce access barriers.

Despite alleged “lessons learned” from the COVID-19 pandemic about the need for early containment, getting the messaging right, and a swift rollout of diagnostics, vaccines, and therapeutics, we have seen the same blunders yet again in the monkeypox response. COVID-19 was a global trial-by-fire for containing infectious disease threats. The world failed this test, and faster rollouts of vaccines and treatments in high-income countries than lower-income countries left vulnerable people at heightened risk. Now in the monkeypox outbreak, bottlenecks undermine a rapid response; diagnostics, vaccines, and treatments are again concentrated in high-income countries; policy action to raise alarm and expand access to diagnostics, vaccines, and treatments has been slow and piecemeal; and communication about risk and containment measures has been riddled with confusion and caution.

Vaccine distribution has again been inequitable. The collective failure to vaccinate quickly and equitably has prolonged the fight against COVID-19. Now, rich countries are buying up vaccines to protect people within their borders against monkeypox, with no announced plans to expand access in lower-income countries. Countries in Africa are still grappling with low vaccination coverage rates against COVID-19 of just 22 percent. And without policy intervention, the global vaccination campaign against monkeypox will likely leave these countries out—and, as a result, face similar shortcomings.

We had a slight leg up with monkeypox: this time, diagnostics and vaccines for the virus were on-hand and potentially effective treatments were already in development. The monkeypox virus had also been spreading around the world for five decades before cases surged in May. The world should have been prepared to handle it, or, at the least, prepared to respond swiftly.

As Dr. Boghuma Kabisen Titanji said in the latest episode of CGD’s new podcast, Pandemic Proof, the global response to monkeypox is “disappointing.”

Although infectious disease threats like COVID-19 and monkeypox differ with respect to transmission, incubation period, and symptoms, stronger capacity to recognize outbreaks early, contain the spread, and facilitate efficient and equitable distribution of diagnostics, vaccines, and therapeutics is cross-cutting. It’s clear that the system is not much better than when COVID-19 hit. Monkeypox reinforces the need to improve global systems for preparedness and response.

Global vaccine campaigns against monkeypox and future infectious disease threats must focus on increasing vaccine manufacturing and securing adequate financing to purchase doses in other regions. Publicly funded research and development initiatives, such as the MVA-BN vaccine, must include adequate access provisions to maintain a degree of public control over decisions including pricing and manufacturing.

Who is Responsible for a Rapid and Equitable Response?

The slow and inequitable response to monkeypox represents failures of systems for preparedness and response at the national, regional, and international levels.

The response reveals weaknesses in countries’ ability to raise alarm about infectious disease threats, including those outside their borders, and mount a timely response. Governments of the West and Central African countries where monkeypox has been endemic are struggling to contain the spread of the virus and provide care for patients. Bolstered capacity for surveillance and prioritization of outbreak responses—facilitated in part by the financial intermediary fund for pandemic prevention, preparedness, and response, which was recently established at the World Bank—would support a quicker and more effective call-to-action in national agendas as well as in regional and international fora when infectious disease threats are detected in the future.

Countries must also acknowledge threats and participate in the global response where possible before outbreaks arrive at their border to best contain spread and prevent large-scale health and economic consequences. Instead, in the ongoing monkeypox outbreak, vaccines effective against monkeypox sat in high-income country stockpiles for decades and were even left to expire. And recently-acquired vaccines have mainly been reserved for domestic use, leaving low- and middle-income countries to fend for themselves in vaccine procurement.

Although action has lagged in the global response to monkeypox, recent efforts to establish leadership and coordinate action at the national level signal increased prioritization of the outbreak response. Notably, in response to the disease’s spread across all 50 states, the Biden-Harris Administration appointed Robert Fenton as White House National Monkeypox Response Coordinator on August 2 and declared a public health emergency two days later. However, the US government stopped short of granting emergency use authorizations for vaccines and treatments, as it did to facilitate a rapid response to COVID-19. The US’ failure to respond quickly will likely mean the disease will not disappear anytime soon. And it’s not just the US; the health secretary for the UK—one of the countries with the highest case counts—rejected advice to purchase additional monkeypox doses.

Regional health entities were also slow to raise the priority level of the outbreak. The World Health Organization’s regional office for Africa (AFRO) conducts surveillance of monkeypox cases, but AFRO has not elevated the infection as a priority concern. Final reports from previous annual AFRO general sessions did not mention the serious outbreak in Nigeria from 2017-2018. And the first mention of the region’s record-high monthly case numbers of monkeypox in 2020 was left off AFRO reports until this year. Similarly, monkeypox was not included as a priority in the Call to Action: Addressing Humanitarian Health Challenges in Africa in a Rapidly Changing World report issued earlier this year by the Africa Centres for Disease Control and Prevention, World Health Organization (WHO), and other global health stakeholders.

Global leadership and coordination have also lagged in the monkeypox response. As with previous health emergencies, the WHO was hesitant to respond: the WHO initially declined to declare monkeypox a Public Health Emergency of International Concern (PHEIC) on June 23, only to reverse course one month later. And the PHEIC declaration—reserved for the most serious public health risks—has yet to galvanize global action. Previously, the declaration helped underpin the Access to COVID-19 Tools Accelerator (ACT-A)—a partnership that facilitates the research and development of and equitable access to medical countermeasures to combat COVID-19. For the ongoing monkeypox outbreak and future health emergencies, lessons from COVID-19 and the ACT-A must be applied and a sustainable global system to coordinate and fund the global response to and ensure a more efficient, effective, and equitable response must be reinforced.

Infectious zoonotic disease threats are inevitable, and outbreaks will likely become more frequent, especially as interactions between humans and the natural environment increase. Ultimately, the job is not to prevent every spillover, but to stop them early in their tracks through adequate surveillance, robust health workforces, at-the-ready countermeasure manufacturing, and strong public health systems. The monkeypox response highlights weaknesses and inequities in the system that must be addressed to help curb the ongoing outbreak and avoid making the same mistakes when the next infectious disease threat hits.