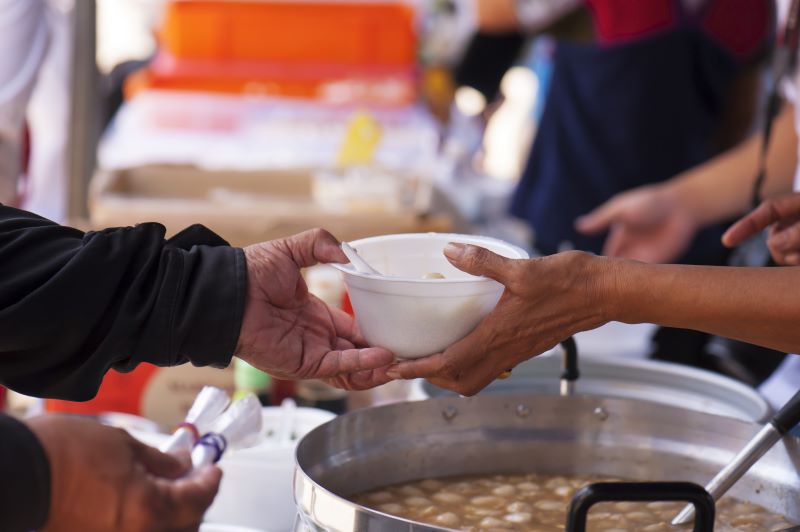 Note: the author was responsible for the UN global humanitarian overview for 2021 and the three previous years.

Next week the UN will publish its global humanitarian overview (GHO) for 2022: the world’s most comprehensive, authoritative, and evidence-based assessment of need. The GHO has sustained a good track record in recent years in predicting what is ahead, albeit that every year unexpected new challenges also arise. (This year’s catalogue of unwelcome surprises included the impact of the coup in Myanmar, the famine in northern Ethiopia, and the escalation in humanitarian problems in Afghanistan since the Taliban takeover. Last year, of course, saw the start of the COVID-19 pandemic.)

The 2022 overview will need to be read against the context of what we have just been through.

Humanitarian needs around the world have grown substantially over the last decade, and the pandemic has made things a lot worse. The table below illustrates that.

3. As of December 2020. The figures have been revised upwards as the year has progressed.

The second decade of the 21st century saw progressive year-on-year increases in humanitarian need around the world, largely as a result of escalating and sustained conflict, primarily in Africa and the Middle East.

The effect of the pandemic was two-fold. First, there was the direct effect of the coronavirus, which was similar in countries with pre-existing humanitarian crises as in the rest of the world. Humanitarian agencies in 2020 reorganised a lot of their work to support public information campaigns, the provision of protective equipment for health workers and testing programmes. Second, though, and much bigger, was the effect of the economic contraction. While better-off countries in the G20 and elsewhere pumped liquidity into their economies to help their citizens cope through lockdowns, the poorest countries were unable to do that. The result was that they suffered a larger economic contraction, and tens of millions more people were thrown into extreme (life threatening) poverty.  The needs of those people swelled humanitarian appeals.

In developing the 2021 global humanitarian overview (for which I was responsible), the UN tried rigorously to prioritise down on the most acute needs. That was in recognition of the difficulty of raising resources sufficient to meet all requirements, and from a desire to avoid what money could be mobilised being spread too thinly. Other UN leaders and I said a year ago that it would be a significant achievement, given the dire outlook, to get through 2021 without major famines—the most extreme manifestation of humanitarian disaster. It looks as though that may have been accomplished, though the scale of the death toll from the Tigray famine remains unclear. But that should not mask the fact that 2021 has been a truly horrible year in the poorest countries, who have not benefitted from the development and roll-out of vaccines in the way others have done.

So what should we expect from next week’s report?

First, while the world has remained relatively successful in dealing with the symptoms of humanitarian crises, it is currently, compared with the situation at the beginning of the century, singularly ineffective at addressing their causes. If you deal with symptoms but not causes, you should not expect the underlying problem to get any better. So I do not think we will see any reduction in the number of people the UN assesses to be in need.

My guess is that the total number of people in need in 2022 will come in at around 250 million. This is not a worst-case scenario. A sharp deterioration in Afghanistan (which I think probable), a continuation and deepening of the war in Ethiopia (highly plausible), large-scale displacement caused by the spread of extremist groups in the Sahel (possible), and a host of other downside risks would make it look optimistic. Avoiding major famines in 2022 may be even harder than this year.

Second, the UN will (rightly) retain its focus on the most acute needs. UN-coordinated responses, which include the emergency work of most leading international NGOs, will probably target 60-70 percent of the overall needs. The UN will continue to rely on others, including the crucial role of the Red Cross and Red Crescent family, who have their own independent responses and funding appeals, to complement its efforts. The UN’s own plans will as for 2021 target around 160 million people.

That means, third, that the funding requirement will not fall. In fact, I’m expecting it to increase by at least 10 percent (to around $40 billion), for a variety of reasons. The most important one is the increase in global food prices. According to the UN’s Food and Agriculture Organisation, food prices are now at a ten-year high, rising by 30 percent over the last year. Given the importance of food in emergency response, that is bound to affect the overall costs.

The fourth thing I’ll be watching for in next week’s report is an update on the fundraising situation. When I was responsible for these issues at the UN, funding for its humanitarian work increased by 65 percent (from some $12 billion in 2016 to around $20 billion in 2020). Contributions are voluntary, unlike, for example, the UN’s work on peacekeeping or the funding of the IMF and World Bank, which are based on assessed contributions and burden sharing so that every country contributes. The pandemic has hit the public finances of the most generous humanitarian contributors. Most have accepted the case for sustained financing and in some cases provided more. But a few, notably the UK, have slashed their aid budgets. How this has balanced out in 2021 I’m not sure.

One thing that is certain is that the gap between what money was needed and what has been provided this year will come in at or close to record levels. While a decade ago, the UN was raising more than 70 percent of what it needed, it is now at closer to 50 percent. That means there is a huge premium on using what money there is as efficiently as possible. One way of doing that is to act earlier, in anticipation of predictable crises. The UN has given that a big push this year, and it will be interesting to see what the GHO has to say about the next steps.

Just as important is sustaining efforts made in recent years to focus more support on issues previously not given enough priority. Women and girls are especially vulnerable in crises (and have different needs to men and boys). Disabled people are too. So are those suffering trauma and psycho-social stress. There has been more recognition of this over the last five years. But the pandemic has knocked back attempts to deal with it. What will the 2022 GHO have to say about that?

Humanitarian agencies overall do a good job. They help more than a hundred million people a year, and certainly save millions of lives. The world needs to pay more attention to what they are saying and offer more help. The publication of the GHO is an important moment.