Owen and I had six wishes for the recent UK government anti-corruption conference in London. We didn’t get everything we wanted, but there are two things we’re happy about. Owen points out that companies who want to own UK property or get contracts with the UK government will have to publish their owners. And I’m delighted with the language in the communique on contracts:

“Public contracting—including by international organisations—and government budgets should be fair, accountable, open and transparent to prevent and expose the theft or misuse of taxpayers’ money. We will ensure public contracts are awarded and managed openly, accountably and fairly, consistent with applicable law—making public procurement open by default—so that citizens and businesses can have a clear public record of how public money is spent…. We will work with businesses and civil society to ensure accountability and will work towards providing, in a usable and reusable form, shareable and timely open data and documents on public contracting activities, consistent with applicable law.” 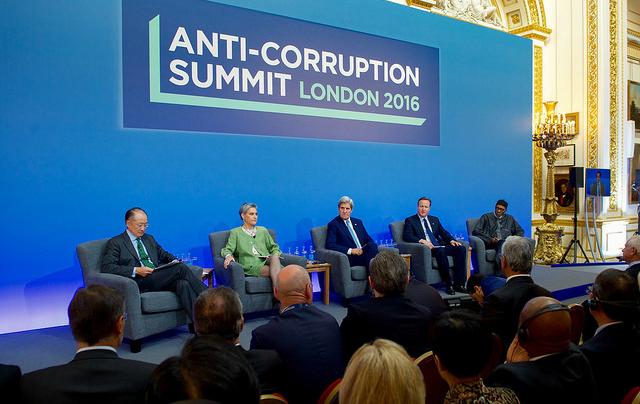 If I had got to choose three words to make it into the communique, they would have been open by default—and there they are. On top of that, there are a raft of country commitments. Fourteen governments, including Afghanistan, France, Georgia, Nigeria, the UK, and even the USA, have announced that they are going to implement the Open Contracting Data Standard.

I’ve been writing about proactive government contract publication since 2010, back when the only examples I could point to were Colombia and the state of Victoria in Australia. By 2012, I was able to add the UK government, the Australian state governments of New South Wales, and the US county government of Miami-Dade to the case studies. CGD’s 2014 Publish What You Buy Working Group added Slovakia, Bulgaria, and Georgia alongside the State of Sao Paolo and sectoral progress in a number of EITI countries in publishing extractives contracts. But since the launch of the Open Contracting movement, the stream of new examples has turned into a flood—so much so that it is rapidly becoming the new global norm. Gavin Hayman and the rest of the fantastic team at Open Contracting deserve huge credit. It is a good day for anyone who uses infrastructure or services that governments contract out to build or run—and that’s pretty much everyone.