How Much Would It Cost to Extend Mobile Coverage to Everyone in Tanzania?

As much as 95 percent of the world’s population lives under the mobile footprint, meaning they can make and receive calls and text messages if they have access to a mobile phone. That is an incredible expansion for a technology that was only invented in 1973. The spread of mobile phones has had significant impacts, from low-cost banking and microtransaction services to election monitoring. Governments are increasingly using mobile services to deliver information and social transfers like pensions—but rural areas are still sometimes left out of coverage, preventing them from using these services.

The figure below depicts coverage of Tanzania in 2018 using data from GSMA, a mobile industry group. Less than 45 percent of the area of Tanzania is covered by any form of cell phone reception. Telecom providers target high-population areas first, so the percentage of the population covered by the cell phone signal is 83 percent. But the problem is that the remaining 17 percent of the population, or 9.2 million people, is spread over 55 percent of the country—meaning the density of potential users is low. Especially because rural populations tend to be poorer than city dwellers, the revenue generated per cell tower may be too low to justify rollout. 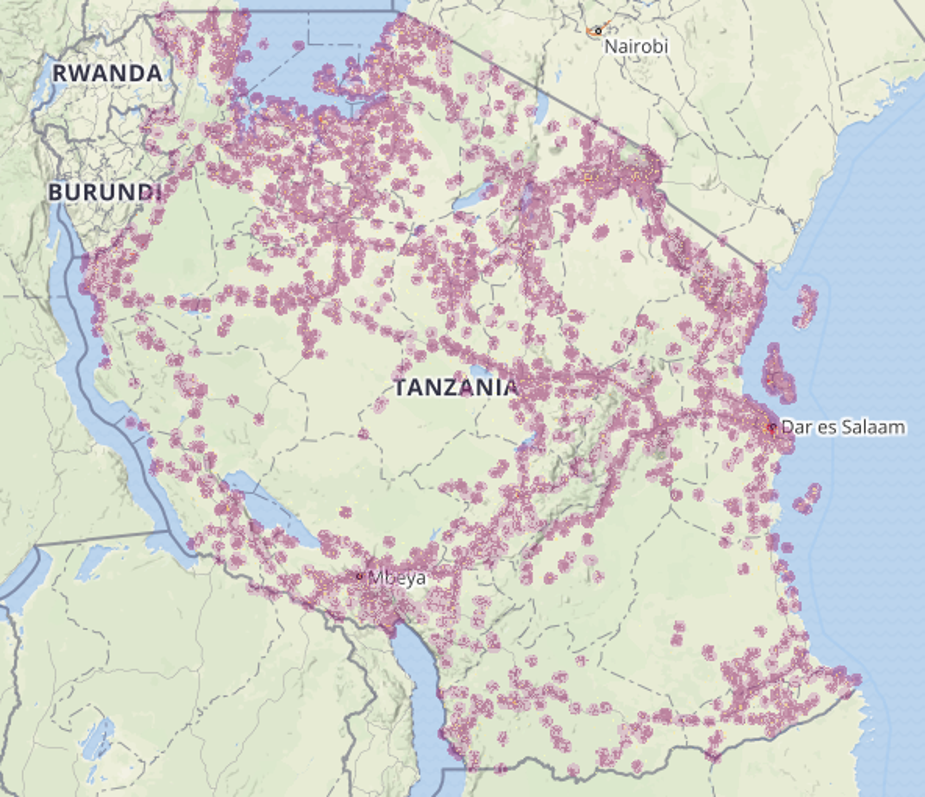 The graph below shows that nearly everyone has cell coverage in the top 40 percent of districts by density (the cutoff is around 215 people per sq. km). If Tanzania could shift the line of universal coverage down to include the next 40 percent of districts by density, they could cover an additional 4 million people (that would cover areas with an average density of at least 55 people per sq. km). 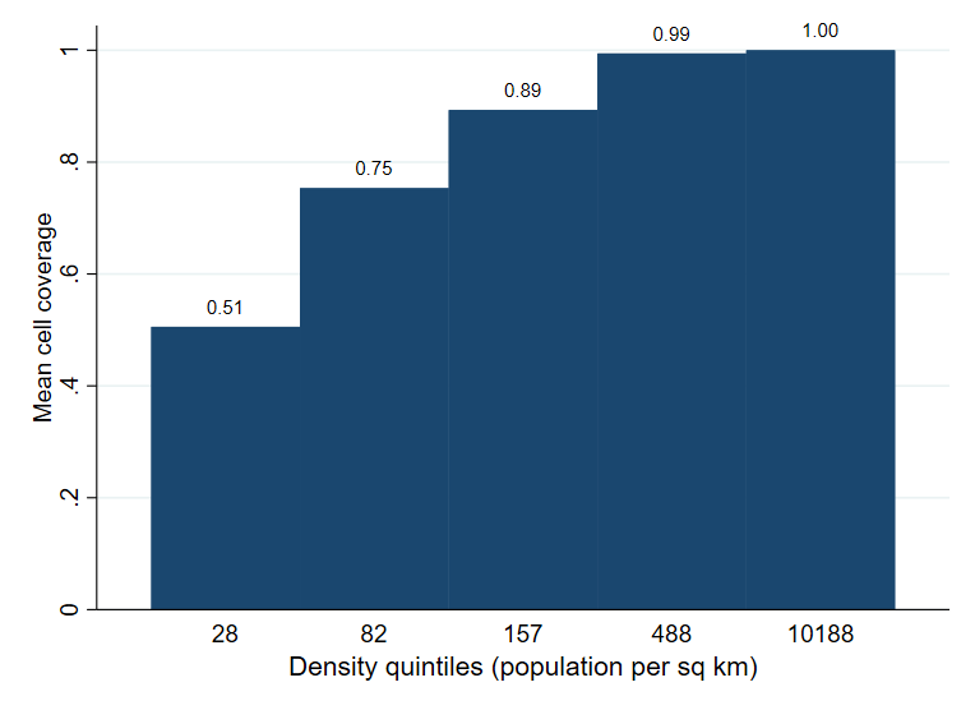 When Chile and India wanted to ensure more widespread access to telephones, they used a subsidy auction to increase the percentage of population covered. The government held auctions amongst telecom companies to cover a given number of uncovered people and companies bid on the basis of the lowest subsidy needed to provide service.

To estimate the cost of such a subsidy in the Tanzania case we use a method from Keremane and Kenny using GDP per sq. km as an indicator of subsidy cost. Using these (very dated, very approximate) projections, extending mobile coverage would cost just over $1 per additional person covered and the cost of providing coverage to the total remaining uncovered population in Tanzania would be around $10 million. (Suggesting this number might be reasonable is that a single cell tower covers an area of 300 sq. km. At the average density of Tanzanians who remain uncovered, 63 per sq. km, around 18,000 people might live inside the range of a new cell tower and the average tower subsidy would be around $20,000 while towers cost about $50,000 to construct).

The history of cell coverage expansion and the pace of economic growth in East Africa means that increasing swaths of Tanzania will probably continue to get cell reception even without subsidy. But the reverse subsidy auction could speed that progress and extend access further, providing the considerable benefits of cell access at a very low cost. Perhaps donors could step in to support the initiative.

Blog Post
Lagos to Mombasa: How Can Digital ID Be Harnessed for...
W. Gyude Moore