How the MDGs guarantee failure

April 03, 2006
Nine years from the 2015 deadline of the Millennium Development Goals (MDGs), it is already clear that these fantastically utopian goals will label many development successes as failures. If you doubt this, look at how the MDGs are being used in some of Africa’s bright spots. The Kenyan Health Ministry points out that the child mortality rate--which rose substantially under the venal Moi regime--has fallen from 120 to 115 under the new government. This is very good, and steady continuation of such progress should be celebrated. But the Ministry has adopted the impossible MDG of just 32 (number of deaths out of 1000) by 2015. A titanic leap like that is impossible and totally irrelevant to Kenya’s reality. The target was imported uncritically from New York; it guarantees failure. The authors of the Senegal MDG country report consider it “probable” that Senegal will achieve the MDG of universal primary school completion by 2015. This despite the fact that 43% of primary school age children have never walked into a school, and of those that do enter, 44% drop out before completion. No country in history has ever raised school completion rates at even half that speed, even countries with dramatically more favorable circumstances than Senegal. A target like that ensures failure--not because of bad donors or bad governance, but because of the target itself. How about ignoring the MDG and instead celebrating the steady rise in Senegal’s school enrollments? 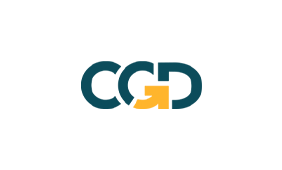