Few Rights and Little Progress: The Rohingya in Bangladesh

This is one of a series of blogs exploring the issues facing refugees’ economic inclusion within the top refugee and forced migrant hosting countries. All are being authored with local experts, and provide a snapshot of the barriers refugees face and what the policy priorities are going forward. All blogs can be found here: https://www.cgdev.org/page/labor-market-access

Last month, the Bangladeshi government began moving Rohingya refugees from camps in Cox’s Bazar to Bhasan Char, a remote and flood-prone island in the Bay of Bengal, against the protests of the United Nations (UN), aid groups, and the refugees themselves.

Bangladesh is providing an enormous global public good hosting the Rohingya. Their movement from Myanmar was large and fast, and strained surrounding areas. Few global players have stepped up to help resettle this population or put pressure on Myanmar, and hence, return seems unlikely.

Yet the Rohingya have few rights in Bangladesh. Since their arrival, they have not had the right to work or freedom of movement, leading to economic precarity and security tensions. Without increased pressure on Myanmar to accept returns, Bangladesh is unlikely to extend these rights any time soon.

An overwhelming focus on return

There is a long history of relations between the Rohingya and Bangladesh. Many Rohingya who fled since the early 1990s are now “self-settled” in local communities. Seasonal and day laborers have long crossed the border, including some who have operated within the drug trade.

But in August 2017 there was an uptick in violence against the Rohingya within Myanmar, called “textbook ethnic cleansing” by the UN High Commissioner for Human Rights. This caused hundreds of thousands of Rohingya to flee across the border to Bangladesh, most settling within camps in Cox’s Bazar, already one of the country’s least developed districts. The government of Bangladesh invested heavily in these camps, while supporting the humanitarian response. 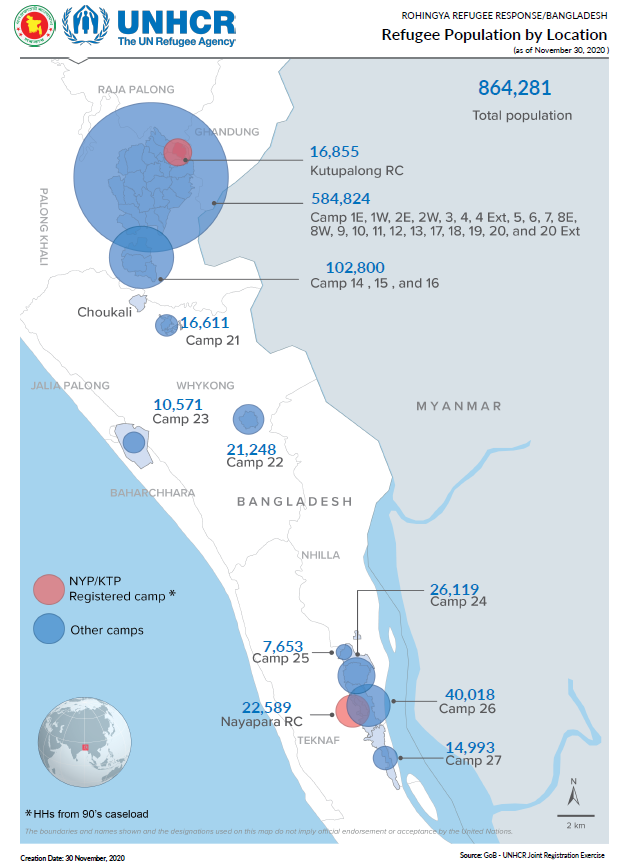 Yet from the beginning, the government of Bangladesh has maintained a focus on returning the Rohingya to Myanmar. It has attempted to put pressure on both the international system and regional players to recognize the genocide in Myanmar and force the country to create safe and sustainable conditions for return. Yet, Myanmar has made no reasonable steps towards this goal. Despite several rounds of talks, no formal repatriation has taken place.

The reason for Bangladesh’s overwhelming focus on repatriating the Rohingya has not been publicly stated. The Rohingya are a long-persecuted minority who are both less educated (due to systematic discrimination) and more religiously conservative than the local Bangladeshi population. The movement was large, fast, and has put significant pressure on local public services while exacerbating climate vulnerability. It is therefore reasonable to assume that Bangladesh sees little upside to promoting the integration of such a large population.

The implication: A lack of rights at home…

Its overwhelming focus on return has meant the Bangladeshi government has little interest in promoting local integration. As the Bangladeshi State Minister for Foreign Affairs, Shahriar Alam, mentioned: “if we are offering them a better life than what they’re used to, they will not go back.” This assertion ignores the fact there is no clear evidence that promoting refugee integration in a host country reduces the likelihood of return.

Bangladesh is not a signatory to the 1951 Refugee Convention and has avoided labelling the Rohingya as “refugees.” Instead, it refers to them as “Forcibly Displaced Myanmar Nationals” (FDMN) and does not afford them the right to work or freedom of movement.

As in other contexts, Rohingya have still tried to earn a living for themselves, both within and outside the camps. According to local newspaper reports, there are around 10,000 illegal shops in the Rohingya camps. These shops, run without commercial licenses and without paying taxes, are frequently harassed by local officials. Rohingya are also illegally employed by locals to work outside the camps—mostly as day laborers in the fields or as domestic help.

These informal arrangements have been threatened by an increasing militarization of the camps. The Bangladesh government has taken steps to build barbed wire fencing and guard towers, further curbing what limited freedom of movement the Rohingya had. The government also periodically restricts internet access and confiscated cellphones. Aid groups have argued this has “seriously hampered their ability to provide emergency health services” during COVID-19.

A focus on return, and therefore a short-term approach, has also meant Bangladesh has little incentive to support more permanent solutions. While some investments in drainage, sanitation, and walkways have been made, permanent structures are forbidden, as are measures to combat the effects of the monsoon rains. There are few healthcare facilities available, and local and international NGOs have taken responsibility for additional services.

Education remains a sticking point; the government claims that extending access to young Rohingya would be a “stay factor.” In August 2019 it agreed to extended education for all Rohingya up to the second year of primary level, implementing the Burmese curriculum, but the future of this policy is in jeopardy due to COVID-19.

… and a political stalemate abroad

Despite Bangladesh’s protests, there has been little support for sanctions against Myanmar from abroad. In October 2019, The Gambia lodged a case in the International Court of Justice against Myanmar alleging genocide and forced deportation. In January, the Court unanimously ruled that Myanmar is legally bound to protect the Rohingya from genocide. Yet the government has failed to take any concrete actions to comply with the court order.

China has consistently exercised its veto power on the UN Security Council in favor of Myanmar and has urged Bangladesh to focus on its bilateral relationship with Myanmar. Other countries in the region such as India and Saudi Arabia, long destination countries for the Rohingya, have also been deporting the population and are worried about damaging their relations with Myanmar.

In late 2018, the European Union (EU) considered placing trade sanctions on Myanmar to pressure the government to halt the genocide and create conditions for return. Yet the EU did not follow through, perhaps because such sanctions would hit the Burmese poor rather than the ruling military government. The crisis is now entering its fifth year, and donor fatigue is setting in. International statements are routinely pledged yet so far, only 48.2 percent of the total requested in the Joint Response Plan for the Rohingya Humanitarian Crisis for 2020 has been financed.

The Rohingya are stuck in the middle

The Rohingya refugees are stuck in the middle. Inadequate pressure on Myanmar has meant safe and sustainable conditions for return do not exist. Yet the government of Bangladesh has continued to tow this line, avoiding further economic integration and reducing the precious rights the Rohingya do have.

Such a stance is having a negative effect on the Rohingya and likely on their host communities. Crowded labor markets have lowered wages and put pressure on local economies. In 2018, the UN Development Programme published a report showing projected costs for basic commodities had risen by 10 percent, while daily wages decreased by at least 6 percent.

There has been a series of persistent and severe problems with security, both inside and outside the camps, such as drug activity, corruption, intimidation, and domestic violence. Without legal rights, the Rohingya are vulnerable to extortion, exploitation, and arbitrary fear of arrest and detention. Some have turned to crime, and cases against the Rohingya have risen in recent years. There are concerns that the conditions could lead to an increase in extremist violence.

Public support for the Rohingya has declined in recent years. A study by Xchange in 2018 found that 43 percent of Bangladeshis thought that they were getting on with the Rohingya “badly or very badly.” Those with higher salaries reported more support for the Rohingya, perhaps signaling they did not feel in direct competition with workers. Since that time, relations have significantly worsened. Bangladeshis are worried about unemployment, increased crime and conflict, price inflation, and overpopulation, all of which they attribute to the Rohingya.

COVID-19 has exacerbated this precarious situation. Overcrowding, coupled with disinformation, has led to little social distancing and a lack of testing in the camps. Despite this, by December, only 356 refugees had contracted the disease. Yet speculation that refugees have spread the virus outside the camps runs rife. Aid workers have noted a spike in anti-Rohingya hate speech and bigotry, reflecting a growing discontent among a population impacted by the Rohingya presence.

The Rohingya overwhelmingly say they want to return to Myanmar, have their citizenship recognized, and have access to basic services. As a result, the Bangladeshi government has made three attempts to organize repatriation for the Rohingya back to Myanmar. But on each occasion, the situation was not viable according to the UNHCR.

Instead, Bangladesh has turned to developing the island of Bhasan Char to accommodate some of the refugee population, thereby reducing pressure on Cox’s Bazar. The government is seeking to develop the region soon, promoting the expansion of agriculture and fishing. Ideally the Rohingya will have more opportunities available to them including access to work, healthcare, and education.

Yet the island is entry-restricted and remote, heavily climate vulnerable, and has been called a “de facto prison island.” In September, many went on a hunger strike just days after the government arranged a "go and see" visit to Bhasan Char. The refugees praised the overall infrastructure (which is arguably better than Cox’s Bazar) but expressed disappointment with the capacity of the housing. As a result, many Rohingya have protested the move, stating “it’s better to die than to live here.” 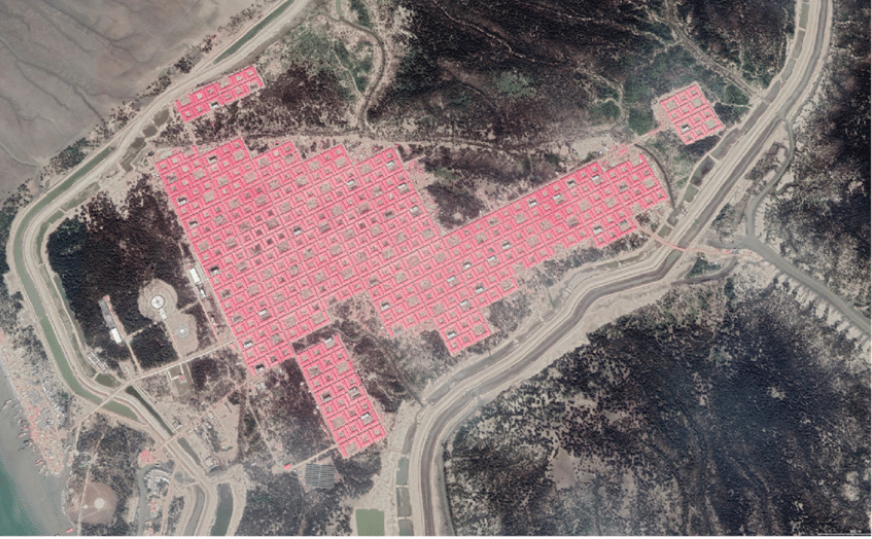 Despite these protests, in early December, Bangladesh began transferring Rohingya to the island; to date, 1,642 Rohingya have moved. While such movements are ostensibly voluntary, UNHCR is concerned that the refugees “did not have the information they needed to make a free and informed decision.”

It appears that both widescale repatriation to Myanmar and a large-scale physical move from Cox’s Bazar are unlikely in the short term. International actors will continue to push for increasing investment in the area to promote economic and social development among both Rohingya and the host population, while avoiding meaningful actions against Myanmar. In the meantime, the Rohingya wait, with very little hope on the horizon.