DoD and Global Health: Time for a Dose of Development Realism

I recently had the opportunity to participate on a panel hosted by the Kaiser Family Foundation on DoD’s role in global health—check out the webcast and their excellent report, which identifies three major categories of DOD’s work in global health: 1) force health protection and readiness, 2) medical stability operations and partnership engagement, and 3) threat reduction. While I find the first and third categories relatively straightforward and welcome the ancillary benefits for global public health of DoD’s own health-related work (e.g., infectious disease research or military to military HIV prevention programs), it is the second category which alarms me. 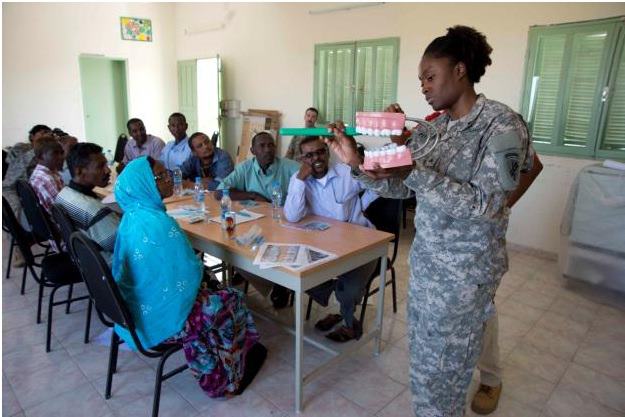 Medical stability operations are generally the activities of the Geographic Combatant Commands to provide technical assistance and other health-related activities to build trust, prevent conflict, and increase the capacity of partner governments. DoD’s argument goes something like this: since health is part of a community’s overall well-being, improving local health services supports the extension of good governance while making extremist groups less attractive to citizens. Or stated even more broadly by Dr. Kathleen Hicks, principal deputy undersecretary of defense for policy, in her presentation at Kaiser, “The physical health of these poorer populations can have a profound impact on social and economic health. Expanding on this concept, actions to improve the health of a fragile state may prevent it from becoming a failed state."

Ever the skeptic about DoD’s value-added in development, I see six problems with medical stability operations:

If providing humanitarian aid and promoting development is in the United States’ national interest, then it should be done by those best-suited to do the job—civilian development experts. DoD should instead focus on its value added to development: promoting physical security so that civilians can do their jobs.

Blog Post
A History of USAID: John Norris and Wade Warren on the...
Sarah Rose