The "Arbiter of Value" and the Industrial Organization of Basic Education

The "arbiter of value" is a key concept in Mark Moore’s RISE working paper: "Creating Efficient, Effective and Just Educational Systems through Multi-Sector Strategies of Reform." This concept, which he brings to the education sector after decades of experience in a variety of public sector organizations (his 1994 book Creating Public Value is a classic in the field), helps understand the industrial organization of basic schooling and why schooling is mostly publicly managed around the world—and even why a failed political coup affects who can teach school in Turkey.

Moore points out that the standard economic approaches to industrial organization cannot explain why the public sector manages schools at all, much less their scale or scope. In most economic approaches the consumer is, if not king, as least treated as a sovereign and the ultimate arbiter of value. Typically if a policy analyst wants to know whether the market for athletic shoes or sunglasses or haircuts or piano lessons or dentistry is working well or not, they take the preferences/wishes/wants of individuals as the sovereign arbiter of what is valuable for them. That is, no one analyzes the industrial organization of haircuts on the presumption there is a uniformly best haircut and judges the market for haircuts on the basis of whether or not everyone got that same best haircut. There is no such thing as a public or social arbiter of value for haircuts—people get (or try to get) the haircut they want and the result is judged on the basis that each person is the best arbiter of value of their own haircut.

Markets can of course have what economists call "market failures" of various types due to the structure of markets (e.g. markets in products with massive economies of scale can end up with natural monopolies that charge prices that are inefficiently high) and of course markets may fail to produce equality (or equity). But outcomes are still normatively judged relative to the consumer as arbiter of value and, in a market economy, the scale and scope of organizations is ultimately determined by how well these choices of organization structure allow organizations to meet consumer needs.

Professor Moore’s key insight about education systems is that the positive explanation of widespread public management of basic education around the world and of the scale and scope of existing public education systems is not that there are the standard "market failures" or even desires for equality or equity (in the usual sense). But rationales for public engagement in schools "take aim at the core normative idea of market economies which is that individuals are the only appropriate arbiters of value in the society" (pg 12). That is, the state as an actor is deeply engaged as an actor in education because the society, as a social public, plays a direct role as arbiter of value in adjudicating the performance of education systems.

Research on Improving Systems of Education

That is, education is, in his view, a "public good" not in the sense of the economists’ definition as a good that is non-rival and non-excludable (like, say, national defense) but in the sense that the arbiter of value of what is "good" is the "public." His Table 1 (below) provides an array of what is more and less "public" in two senses. One, to what extent is the "arbiter of value" purely private versus public. Very few modern societies would think to dictate what haircut a person should have or what style of shirt they should wear simply because "we" have preferences the individual doesn’t—hence this is the least public cell (individual arbiter of value, material welfare).

But few people are willing to adopt the view that the sole arbiter of value of their own (or their child’s) education is the person or parent. Most societies regard formal basic education as fundamentally a process of the creation of public value. Some part of this is the production of cognitive skills and some part of the publicness is a sense of concern for the welfare of others and of duties to others. But what "public value" means in this context is deeper and includes some definition of "the public" as the arbiter of value of the beliefs and attitudes and dispositions that are transmitted through the schooling process.

This combination of the role of "the public" as an arbiter of value and the informational structure of skills versus beliefs explains the industrial organization of schooling and why public management dominates basic schooling around the world (chapter 5 of my book The Rebirth of Education argues that beliefs are not justiciable, so there cannot be third party contracting for instruction in beliefs).

The role of government as the "arbiter of value" in the education system influences the scope of the possible in the construction of a learning performance oriented education system. Governments will be more open to "private" schooling depending on what "private" means and how they stand vis a vis the desired socialization of those private schools. In Indonesia the government financially supports private Islamic schools; in other countries madrasas are seen as a security threat. Even if schools are producing demonstrably superior learning of literacy and numeracy, governments will object to schools promoting ideologies that threaten their legitimacy or stability—as the recent events in Turkey, where the government purged its education system of tens of thousands of ministry workers and teachers, clearly illustrate. National governments will be more open to "community" schools or "local" control in part depending on the political and ideological nature of the communities or local governments that control schools.

One important part of achieving education systems coherent about learning is to produce an arbiter of value that values learning as strongly as it values other dimensions of schooling. 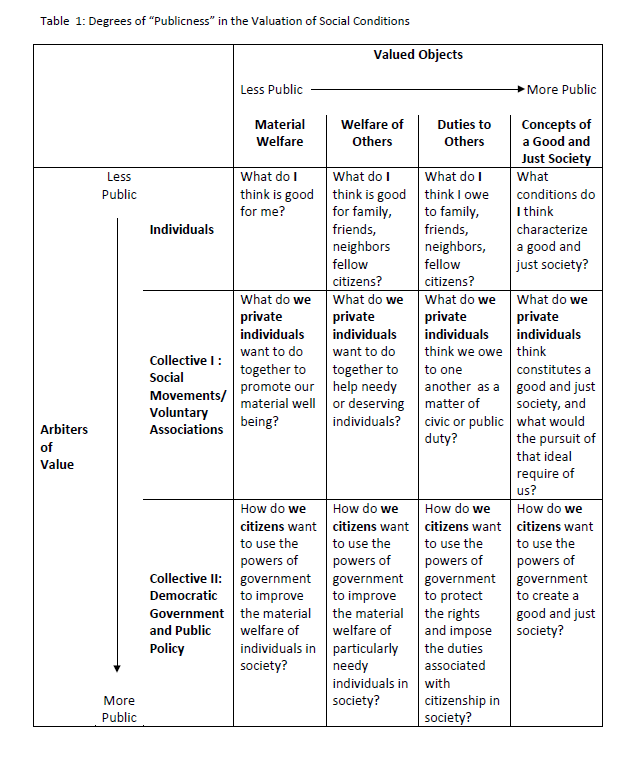 Publication
How to Recruit Teachers for Hard-to-Staff Schools: A...
David Evans and Amina Mendez Acosta

Blog Post
Should Donors Invest in Private Schools? (And if So, How?)
Biniam Bedasso, Lee Crawfurd and Susannah Hares