Brexit: What Next for Trade and Development?

The UK officially leaves the EU on 31st January and has prioritised an independent trade policy—but how will it meet its commitment to improve access for the poorest countries?

Got Brexit Done. What Now for International Development?

“Get Brexit Done” was the Conservative Party’s election-winning slogan last month. Formally, that objective has been achieved. But what does that mean for international development—for aid, humanitarian relief, trade, security, migration, climate change, and beyond? Last week we gave evidence to the House of Lords EU External Affairs Sub-Committee on development cooperation after Brexit. Below we sketch out some of our key discussion points.

Rory Stewart, the UK’s new Secretary of State for Development has big ambitions for the country. In light of Stewart’s self-declared candidacy for Prime Minister, we look at four areas where he can demonstrate his credentials and value to UK taxpayers, and bolster international efforts to reduce poverty with UK leadership.

A Post-Brexit Customs Union and Global Development: The Best of All Worlds?

In a customs union with the EU, the UK could pursue reforms in services liberalisation, Aid for Trade, investment promotion, labour standards and bilateral trade agreements, while maintaining EU tariffs on goods imports. This may be its best trade-for-development strategy after Brexit.

Why a No-Deal Brexit Would Be Bad for Developing Countries

Last week, the British Parliament rejected the Prime Minister’s EU Withdrawal Agreement by a resounding 432 votes to 202, making the odds of a no-deal Brexit greater than ever. Having survived a motion of no-confidence, the government now has fewer than 70 days to devise an alternative exit plan that MPs will support. If it fails, then under Article 50, the UK will leave the EU without an agreement on 29 March. The New UK Partnership with Africa: From Rhetoric to Reality

Prime Minister Theresa May's recent speech in Cape Town may herald an inspiring new Africa-UK development partnership—but only if she can put that vision into action. Ian Mitchell and Hannah Timmis offer lessons from China, France, and the EU. 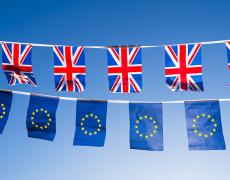 Can the UK and the EU Find a Way to Work Together on Development Policy?

UK Trade White Paper: A Once in a Lifetime Opportunity for Development

The UK government has made a welcome commitment to improve trade access for poor countries after Brexit. The question in the White Paper is how to do that. Brexit offers the opportunity to replace the EU’s Economic Partnership Agreements with a simpler, broader and more generous regime that encourages developing countries to export more.

How to Tackle the UK's Chronic Nursing Shortage—and Help Development

What if there were a way to reduce the nursing shortage in the UK in a way that is good for the National Health Service (NHS), good for developing countries, and good for nurses? We believe this is possible, with something called a Global Skills Partnership, that uses UK aid in a win-win partnership with developing countries. In this blog post we explain exactly how it could work to relieve the strain on the UK’s beloved NHS, and how such an idea might be replicated in other countries and other contexts.