The education gaps that are closing between boys and girls in many countries persist in Pakistan. Our large new household survey on the factors associated with differences in gender norms sheds light on what policymakers can do in the post-COVID world to address the gender gap and improve opportunities for girls. Here are four things we learnt from the survey results.

Historically, the Americas have been the world leader in routine vaccination, vaccine introduction, and implementation of mass vaccination campaigns against infectious diseases. It was the first region to eliminate rubella and measles, eradicate smallpox, and be declared polio-free.

Survival of the Fittest or Missing at Random? How FCDO’s Cuts Have Fallen across the Portfolio

The case against the cuts to the UK’s aid budget is well-rehearsed. We know they damage the UK’s contribution to its own priorities, that the stated aim to revivify the budget when “fiscal conditions allow” is barely coherent, and that it leaves a laundry list of good causes going wanting.

Coming Soon! Lagos to Mombasa: The Trans-Africa Podcast from CGD

Next Thursday CGD will launch the new podcast series Lagos to Mombasa: The Trans-Africa Podcast from CGD. The series will focus on policies, problems, and promise across Africa. Join Gyude Moore every two weeks as he speaks to researchers and practitioners about some of the biggest development challenges facing the continent. A New Global Connectivity Strategy: The EU’s Response to the BRI 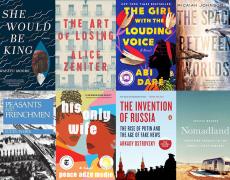 If your toolbox is overflowing with precision guided munitions, the problems you will focus on are ones that (arguably) can be solved with precision guided munitions. Our comparatively tepid response to the pandemic is another sign of the longstanding and excessive prioritization of potential violent over present nonviolent threats to national security.

Better Together: Exploring the Role of Pooled Procurement in Improving Access to Medicines amid COVID-19

This week, world leaders convene in London with the aim to mobilize funds for the Global Partnership for Education to benefit at least 175 million children over the next five years. Reversing the learning losses caused by the COVID-19 pandemic will require substantial, well-targeted public spending. This is particularly true in the context of assisting poor and disadvantaged children who were already at a higher risk of being left behind prior to the pandemic to catch up as quickly as possible.

Mexico followed, in past years, what appeared to be a textbook formula for expanding access to and use of digital financial services for its citizens. And yet, less than half of its adult population reported having a bank account only two years ago, which is lower than the Latin American average of 55.1 percent, and significantly below the upper-middle-income country average of 73.1.