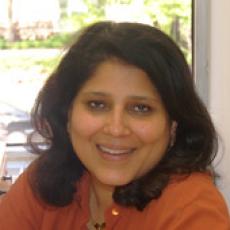 Nandini Oomman was director of the HIV/AIDS Monitor at the Center for Global Development from March 2006 until December 2011. As director, Oomman led three research teams in Uganda, Mozambique, and Zambia to track the effectiveness of the three main aid responses to the epidemic: the Global Fund, the HIV/AIDS Africa MAP program of the World Bank, and the U.S. President’s Emergency Plan for AIDS Relief (PEPFAR). This collaborative initiative, the first of its kind at CGD, allowed country-based researchers to examine key issues in the design, delivery and management of these donor programs, and provided timely analyses to improve the efficiency and effectiveness of each initiative.

Notable among Oomman’s many CGD publications are Following the Funding for HIV/AIDS: A Comparative Analysis of the Funding Practices of PEPFAR, the Global Fund and World Bank MAP in Mozambique, Uganda and Zambia (2007), which was one of the first publications of its kind to compare the funding practices of three donors and establish an evidence base about the performance of these large donor programs; New PEPFAR Data: The Numbers Behind the Stories (2008), which analyzed newly available PEPFAR data that supplemented the largely anecdotal and impressionistic information that had been available up until that time; Seizing the Opportunity on AIDS and Health Systems (2008), which was the first report to describe the interaction between AIDS programs and existing health-information systems, supply-chain systems and the health work force, and triggered a renewal of donor commitments to strengthen existing health systems; and Every Dollar Counts: How Global AIDS Donors Can Better Link Funding Decisions to Performance (2010). Oomman was also an active contributor to the Global Health Policy blog at CGD, and an occasional contributor to the Rethinking U.S. Foreign Assistance blogs and to the Views from the Center blog.

She left CGD in December 2011 to work as an independent global health and development consultant in Hanoi, Vietnam.

What We’re Looking For in the IOM Report on PEPFAR
Victoria Fan
and
Rachel Silverman
February 19, 2013

Where Oh Where Has the GHI Gone? The Whole of Government Approach Hangs in the Balance
January 31, 2012

To arrange an interview with a CGD expert, please contact mediarelations@cgdev.org
Tweets by NandiniOomman