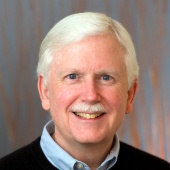 David Wheeler worked at the Center as a senior fellow from 2006 to 2012, primarily on climate policy and information disclosure. During that time he oversaw the creation of two pioneering monitoring tools, Carbon Monitoring for Action (CARMA), an online database showing the locations, estimated C02 emissions, and ownership of 60,000 power plants worldwide; and Forest Monitoring for Action (FORMA)  which uses satellite data to generate regularly updated online maps and alerts of tropical forest clearing. CARMA continues to be maintained by CGD, while FORMA was transferred to the World Resources Institute (WRI) to become a key component of Global Forest Watch.

Before joining CGD Wheeler worked for 13 years as lead economist in the World Bank's Development Research Group where he directed a team that worked on environmental policy and research issues in collaboration with policymakers and academics in Brazil, Colombia, Mexico, China, India, Indonesia, Philippines, Vietnam, Bangladesh, Ghana and other developing countries. His team focused particularly on reducing pollution through public information disclosure, in collaboration with the environment ministries of China, Indonesia and the Philippines. He also worked on priority-setting for country lending, grants and technical assistance.

After completing his PhD in 1974, Wheeler taught economics for two years at the National University of Zaire in Kinshasa. He joined the economics faculty at Boston University in 1976, and taught there until he joined the World Bank in 1990. While on the BU faculty, he was a visiting professor in MIT's Department of Urban Studies and Planning (1978-79), a co-founder and principal of the Boston Institute for Developing Economies (1987-1990), and Jakarta field director of the Development Studies Project for BAPPENAS, Indonesia's Planning Ministry (1987-1989).

Streamlining REDD+ to Confront the Growth and Spread of Tropical Forest Clearing
March 07, 2013