Yes, the IFC Should Do More in Middle Income Countries. But Which Ones? | Center for Global Development | Ideas to Action Skip to main content

Yes, the IFC Should Do More in Middle Income Countries. But Which Ones?

The first question that I asked as well, for our board, is we committed to ending extreme poverty in the world so… what percentage of people living in extreme poverty live in middle income countries? And now it’s probably 65 percent.

That matches what IFC Spokesman Frederick Jones said in response to our work on the IFC portfolio. And it sounds completely reasonable—indeed, based on our calculations, World Bank statistics suggest 24 percent of the world’s extreme poor live in low income countries, 58 percent in lower-middle income, and 18 percent in upper-middle income countries. So moving beyond low income countries (LICs) makes sense for an institution focused on ending extreme poverty. But does the IFC follow through by focusing on the countries that are home to the extreme poor? Not really.

It is true that the IFC (absolutely) invests more in countries that are home to greater numbers of poor people. Figure 1 plots absolute IFC commitments over 2011-16 against the number of people living at or below $1.90 per day (note the log scale). It shows that the average absolute IFC investment in middle and low income countries with more than 10m poor people is $641 million compared to average absolute IFC investment of $405 million in countries with less than 10 million poor people living at or below the $1.90 threshold. 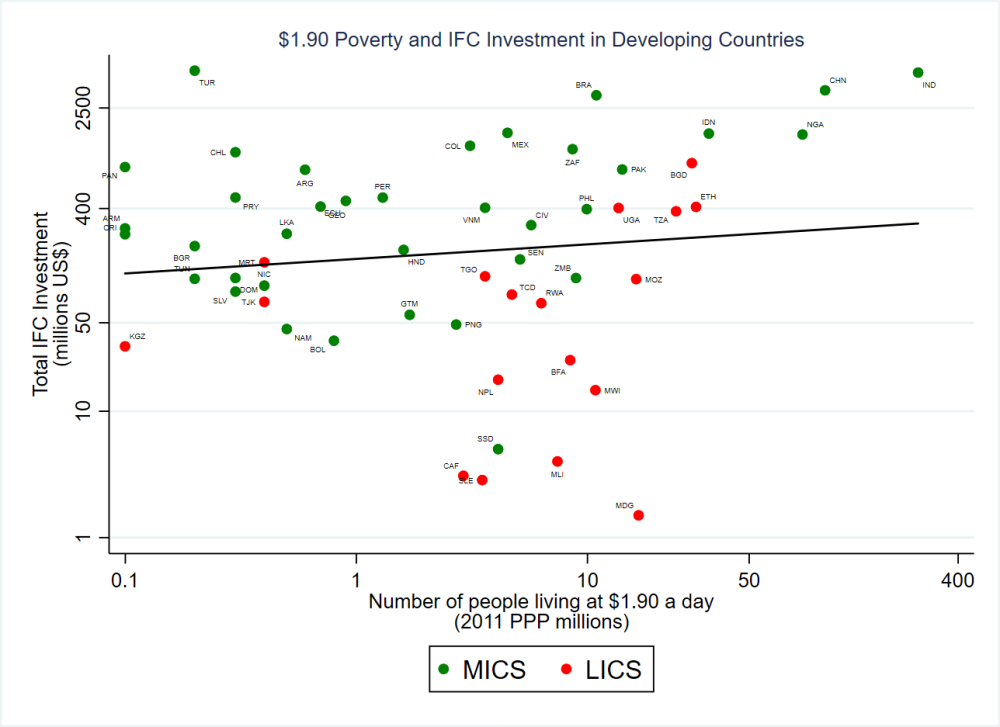 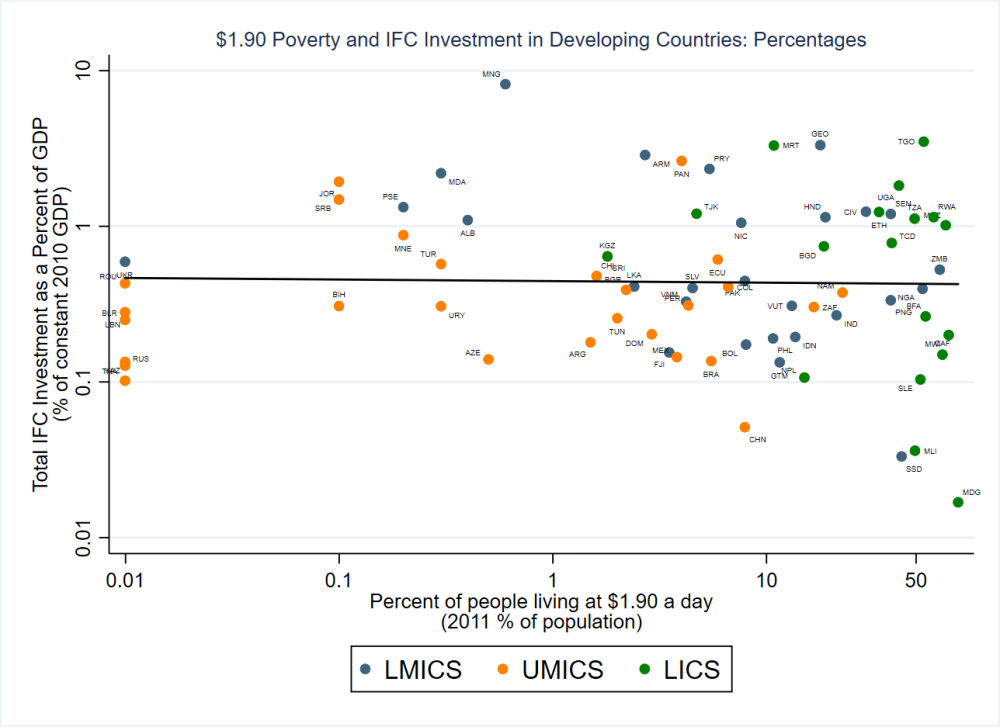 However, a focus on poverty in middle income countries does not really explain IFC’s investments in Turkey, the largest recipient of IFC funding at $4.9 billion, home to 0.2 million poor people at the $1.90 threshold. Nigeria, which is home to 424 times the number of poor people at the same threshold, only got $1.5 billion in IFC financing over the same period.

And it is worth illustrating how poorly IFC investments are targeted if the aim is to focus on countries home to the world’s extreme poor. Figure 3 lines up countries along the x-axis according to their absolute number of extreme poor (countries with no people living under $1.90 a day come first). The y-axis reports cumulative IFC investments in those countries (note some countries are excluded for lack of recent poverty data). 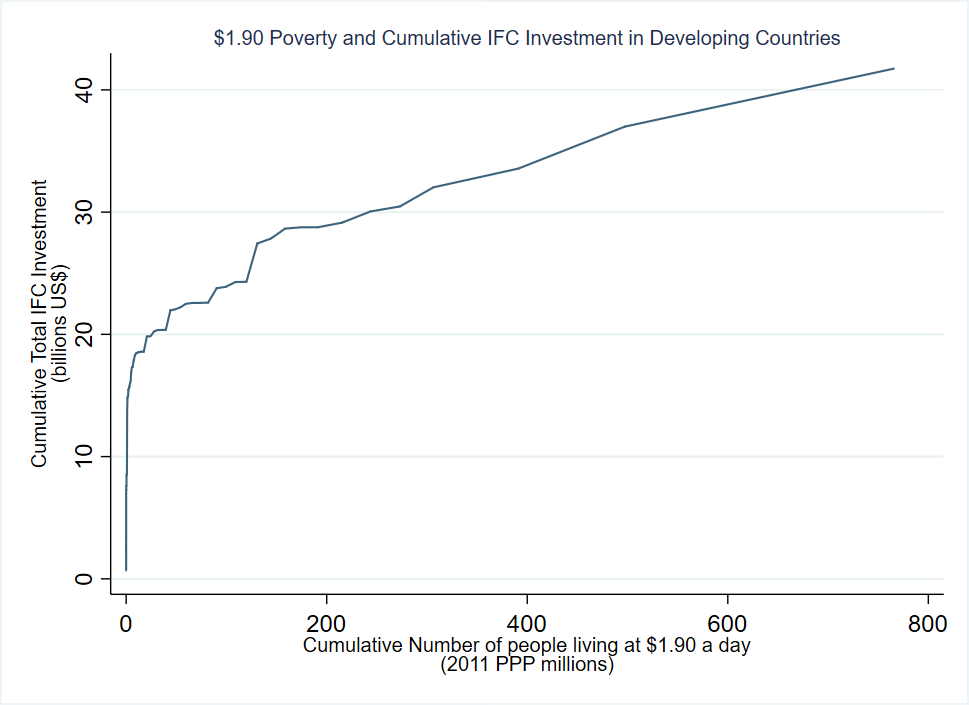 The defense that IFC is targeting where the extreme poor live nowadays is only partially vindicated. But President Kim did provide a possible explanation:

Now in terms of IFC risk… what the IFC representatives will say when I ask the question, is that, look, go back to the founding principles of the institution. You have to balance your portfolio with the risky investments and the not-so risky investments, and you know, to say to IFC, you have to put all your money into fragile and conflict-affected states or IDA states, if they did that they’d have to close down fairly soon. And right now we’re in a capital discussion. And so it’s just, you know, if you’re going to go into the low income countries, you need more capital, not less

On that, we go back to our earlier concerns: it appears, over time, the IFC’s portfolio balance has been moving away from fragile and low income countries as its largest traditional clients have got richer.

That leaves another defense from the institution: that the IFC is focusing within countries on investments that better target poverty than the country-level statistics suggest. Once again we'd welcome the IFC publishing the necessary data to test that idea, but still question if a choice to invest more in richer countries focusing on a small share of poor people is the most powerful approach for an institution supposedly so focused on ending extreme poverty.

You can download the Stata code and raw data we used to produce these figures here.