The World Bank’s Got Talent! (Or Why to Read the Fine Print on IDA’s $52 Billion Record)

Not for the first time, the World Bank has reminded me of NBC’s America’s Got Talent, the hit TV show where judges Mel B, Heidi Klum, Howie Mandel, and Howard Stern rate amateur singers, jugglers, and comedians. 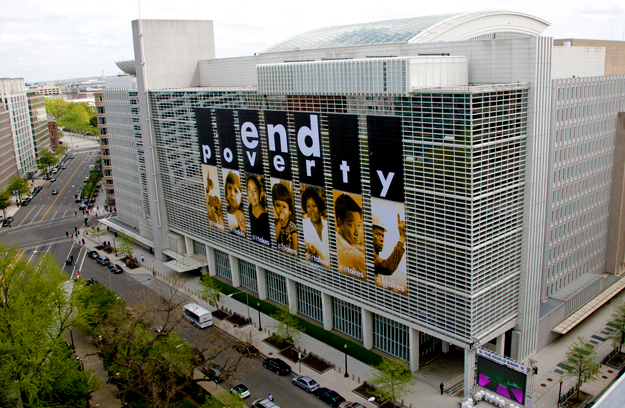 First, this wonderful video surfaced of Bank President Jim Yong Kim rapping and dancing at Dartmouth College. It showed the lighter side of the leader of what’s a normally pretty staid organization.  (It’s hard to imagine Barber Conable or Lewis Preston doing anything like this.)

Then last week I thought again of that TV show and the World Bank. The spark was Kim’s letter to all World Bank staff announcing the conclusion of the IDA 17 replenishment, the triennial negotiations to reload the Bank’s coffers so it can make subsidized loans to poor countries.

I am pleased to share with you the good news that the IDA17 replenishment negotiations concluded in Moscow today with a record replenishment of USD $52 billion.

Here is a press release with the same basic info. The headline figure of “record $52 billion” struck me as a huge accomplishment in the current environment. Given the shrinking number of IDA-eligible countries and severely diminished capacity for grantmaking in the traditional donor capitals, I wondered how did the World Bank pull that off?

That’s where America’s Got Talent comes in again. The show says that the contestants are competing “for one million dollars!”  But if you pause the screen to read the small print at the end of the finale, you’ll see the prize is a 40-year annuity that pays $25,000 per year (before taxes). That’s still “one million dollars!” but the true value is more like $300k. It depends how you count. Are you promoting a big number for publicity or are you thinking about the future wages of the contest winner?

While grant contributions remain at the core of IDA’s financing framework, IDA17 is introducing concessional partner loans as a way for development partners to increase their contributions to the IDA17 replenishment.

So, the big headline dollar figure now also includes the face value of loans to IDA by China, France, Japan, the UK, and possibly others. It may or may not be a good idea for IDA to borrow money from shareholders. I can see the potential benefits as a transition to a smaller IDA in the future, but also share some concerns from Nordic countries that it muddles the IDA model. Last year I co-chaired a CGD working group on the future of IDA that recommended the Bank modernize the IDA model to adapt to changing global conditions. A key part of this was getting away from the passé notion that the success of IDA (or World Bank Presidents) should be measured by the size of the IDA envelope.

But one thing is certainly clear that’s changed: counting loans to IDA is a break from the norm of the past 16 rounds going back to 1960, when IDA was subsidized via grants. The Bank hasn’t yet released the full IDA 17 agreement so we don’t have more details at this stage beyond the press release. All we know is that the total envelope is counted at $52 billion and that it breaks the previous replenishment record of $49 billion for IDA 16. Through the simple measure of counting new loans at face value in the replenishment total, the Bank can claim a new record and send staff home for the holidays in a good mood.  Now, that’s talent!