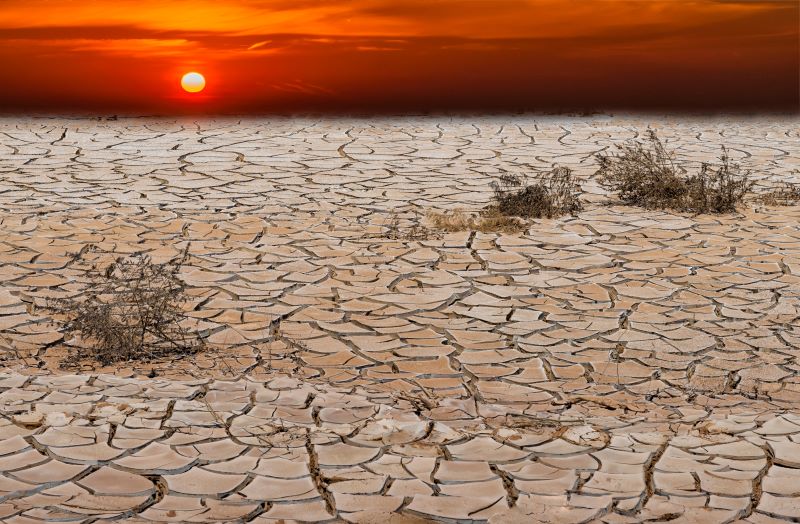 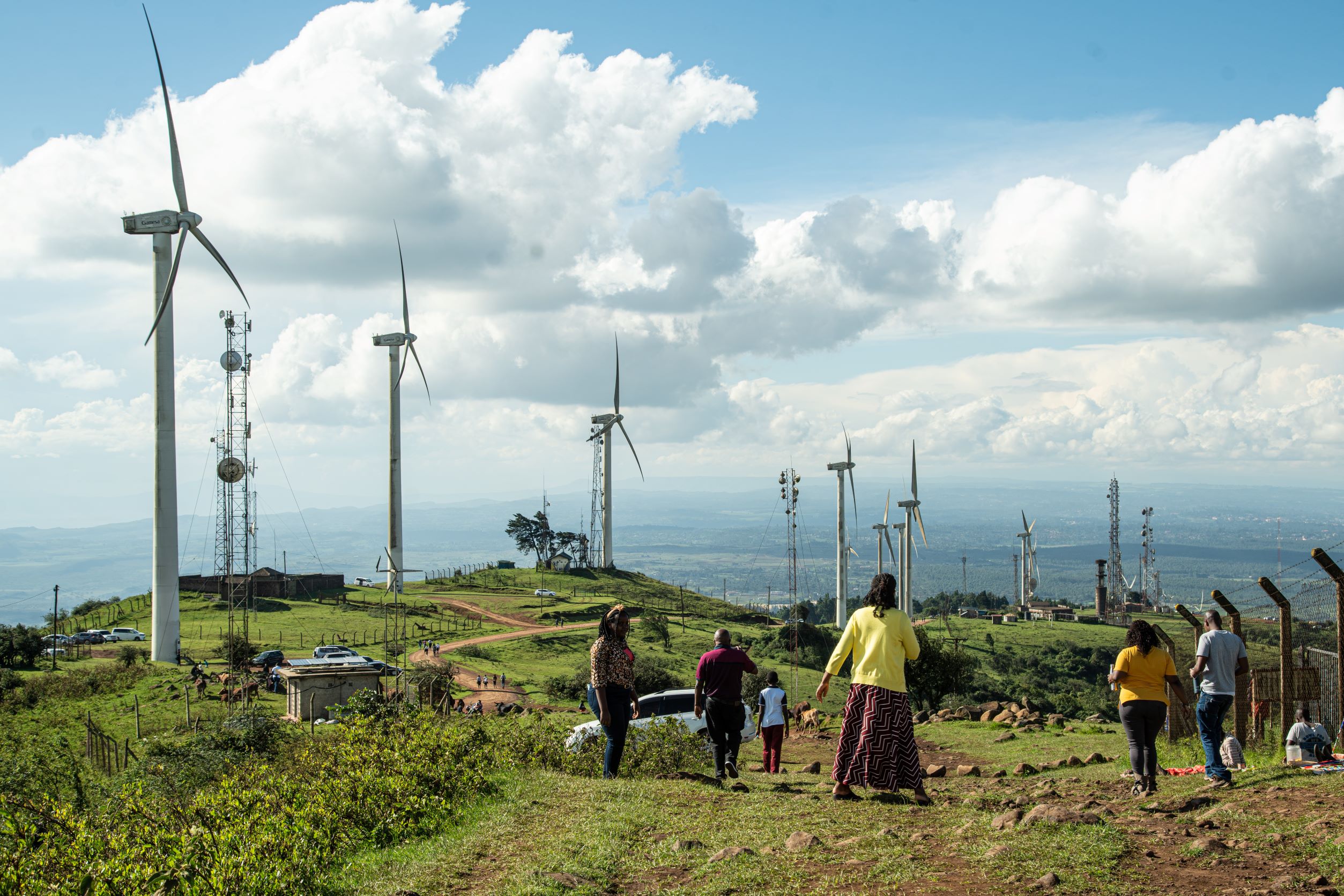 The IMF has been commended for its prompt and effective response to the pandemic crisis. But its contribution to resolving the climate crisis has so far been mixed. The IMF membership and the G20 need to hold the Bretton-Woods institution to account to fulfill its responsibilities to vulnerable countries.

Around the world, the ongoing climate crisis is exposing people to acute risks of vulnerability, extreme poverty, food insecurity, and disease outbreaks. Day after day, news reports depict how extreme heatwaves, floods, drought, and fires are indiscriminately ravaging continents, causing havoc, losses, damage, and tragedy, and fueling a sense of despair among affected communities. Yet, the IMF response to this crisis has so far been muted. The IMF, with support from the international community, urgently needs to ratchet up its performance in helping countries to confront dire impacts of climate change.

The IMF’s response to the climate crisis has been slow. While the Resilience and Sustainability Trust (RST) was set up to help countries overcome longer-term structural challenges arising notably from climate change and pandemic preparedness, it has only extended funding to Costa Rica, even though staff-level agreements have been reached with Bangladesh, Barbados, and Rwanda and are waiting for board consideration.

Though not entirely attributable to the IMF given the associated fundraising needs, this sluggish performance compares poorly with the IMF response at the onset of the pandemic crisis, when the institution received two thumbs-up for its exceptional and prompt financial support to low- and middle-income countries. At the onset of the pandemic, IMF Managing Director Kristalina Georgieva pledged to secure a response to “this global crisis like no other” and the IMF promptly delivered, granting COVID-19 financial assistance totaling US$170 billion to over 90 countries between March 2020 and March 2022. The largest general allocation in the history of the IMF, totaling US$650 billion, was approved in August 2021, providing much-needed liquidity to the world’s most vulnerable countries in support of their pandemic response.

Moreover, it is questionable whether the IMF’s policies for accessing the RST are adequate to respond to potential demand from vulnerable developing countries. Even if low-income countries were to ultimately secure IMF assistance under the trust, their potential access is expected to be quite limited compared to their overall climate financing needs.

Based on current quota shares and applicable access policies, the maximum cumulative access that the 39 African countries eligible for IMF-subsidized financing can collectively claim under the RST will remain below SDR3 billion. Assuming such access is granted, overall IMF financial support for these countries would still fall far short of the exceptionally elevated level achieved at the onset of the coronavirus pandemic. And yet exogenous shocks facing the continent have since seriously deepened.

Against this background there is a sense of urgency about extending timely and adequate RST access to vulnerable developing countries. Despite its managing director’s claims, the IMF will deliver not by simply operationalizing the RST, but only once it ensures that the trust actually services the growing number of climate-vulnerable low- and middle-income countries that are already lining up for financial assistance and policy support.

The IMF therefore needs to promptly take steps to enhance the RST firepower and access limits to better support countries’ responses to long-term challenges triggered by climate change. But this change won’t materialize unless the IMF board overcomes the unduly low degree of risk tolerance it typically displays when dealing with low-income country issues.

Bandwidth issues have allegedly been cited among the causes of the slow RST roll-out amid strong demand. If this is right, IMF shareholders should urge management to secure adequate internal resources for effective RST implementation, while ensuring that this does not come at the cost of weaker engagement with beneficiary countries in other areas of IMF competence.

The extent to which collaboration between the IMF and the World Bank remains effective in the context of the RST is another cause for concern needing immediate attention from IMF shareholders. As a precondition for program engagement under the RST, officials from many countries interested in RST support have supposedly been encouraged to request a country climate and development report (CCDR) from the World Bank. Yet there is not necessarily incentive alignment of internal processes for the preparation of CCDRs and RST-supported IMF programs. Experience suggests that this is a potential recipe for failure unless the scope of collaboration between the two institutions is clearly defined and closely monitored by their governors. The unappealing fate of the poverty reduction and strategy papers (PRSPs) is still fresh in our mind.

But while holding the IMF to account, the international community should lead by example. Following its decisive role in establishing the RST, the G20 should fulfill its pledge to mobilize $100 billion of SDR contributions for low-income countries, small developing states, and vulnerable middle-income countries. A year since the G20’s pledge, $60.36 billion SDRs have been pledged. A US pledge of $21 billion has yet to be appropriated by Congress. This will be critical for ensuring that the RST is appropriately funded. Most notably, fully meeting the SDR reallocation target will prove elusive unless the United States assumes its own responsibility by allowing the US Treasury to relend SDRs.

That excess SDRs continue to sit idly in the IMF balance-sheets at a time of climate and food crises and growing development financing needs is a blaring reflection of the shortcomings of the global financial safety net. Concrete proposals for leveraging SDRs were convincingly made, including the use of SDR loans as leverageable capital, as suggested by CGD colleagues.

An immediate step that could be taken to optimize the impact of SDRs is to channel SDRs to multilateral development banks (MDBs). While this case has already been widely made, little headway has been made in decisively advancing the prospects for channeling SDRs to MDBs, even though the issue appears to have recently gained renewed momentum.

To make inroads in this direction, the IMF has a critical role to play given the desire of potential contributors to preserve the reserve asset characteristics of SDRs. Regardless of their actual merits, any proposals, including from the AfDB, are unlikely to be supported by potential SDR providers unless the IMF signs off on their potential to meet this requirement. After Kristalina Georgieva has been criticized for her initial stance on SDR rechanneling to MDBs, the IMF now has the opportunity to redeem itself by working hand-in-hand with these institutions to finally make this elusive goal a reality.

It is the primary responsibility of the IMF to address perceived shortcomings in its crisis response toolkit. But the IMF cannot do this alone. Large IMF shareholders must play their part, including by overcoming domestic institutional impediments to optimizing the impact of SDRs.