Who Would Invest in Development Impact Bonds? 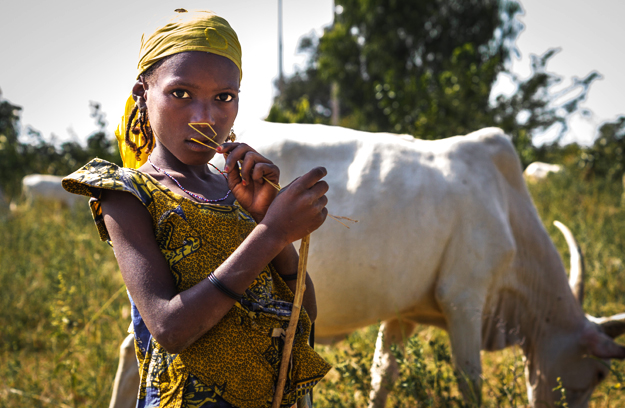 Development is a risky, complex business. So it’s not surprising that development experts sometimes question why private investors would choose to invest in Development Impact Bonds (DIBs), a new model for funding and designing programs that address such seemingly unprofitable problems like disease burden or poor education outcomes.

Under a DIB, private investors pay for programs to be delivered, work with a coordinating agency to deliver services using innovative and flexible approaches, and take the risk that the desired outcomes are not achieved. If programs do achieve results, donors or governments pay for those results, with a premium, but if they don’t, investors lose some or all of their money.  It’s a good value-for-money case for donors and governments; public funds are only spent on programs that have proven they lead to better outcomes.  But can this really be attractive for investors?

If we take a look at what’s happening with Social Impact Bonds (as the model is called in places where governments can make outcomes payments without donor support) in the UK, US, and other developed countries it’s clear that an increasing number of investors want to have a stake in solving social problems – and are interested in the possibility of getting returns that are social as well as financial. SIBs are just one tool for social impact investment but they are spreading quickly as a way to fund social programs and improve outcomes while government budgets are getting tighter.

Toby Eccles, co-chair of the DIB Working Group, recently presented the Social Impact Bond model at TED Global  (I highly recommend watching his TED talk for an overview of why SIBs are an attractive idea for governments, investors, and society in general). As he says, “a lot of people if given the chance want to invest in something that does social good.” Social Impact Bonds are a chance to “invest in social change” and make a modest financial return at the same time.

Toby’s organization, Social Finance, launched the first SIB pilot – the now famous Peterborough Prison SIB – which attracted £5 million (about $8 million) from investors who wanted to help create social change. Once Social Finance did the hard work of determining the value to the UK government of a better social outcome (reducing reoffending) and the outcome metrics, investor interest was over-subscribed. The investors in the Peterborough SIB came primarily from charities and foundations, as well as some individuals (information on who is investing in Peterborough and what attracted them is available in this report). Peterborough was just the beginning; there are now 15 SIBs up and running in the UK.

As further testament to the growing demand for social opportunities to invest in, earlier this year, the investment firm Bridges Ventures, along with Big Society Capital (the world’s first social investment bank, launched in 2012), the Omidyar Network and the foundation Panahpur launched the Bridges Social Impact Bond fund, a £14 million (about $23 million) fund for investment in social sector organizations in the UK.  The UK has also been leading global efforts to advance an emerging social investment market, including through the G8 Social Impact Investment Taskforce set up last June.

US investors have taken interest in SIBs too. President Obama included $300 million in his federal budget for 2013 to expand the use of SIBs, and, although this didn’t get through Congress, local governments and private companies ran with the idea, with some big-name banks providing the upfront investment. Goldman Sachs has invested in two SIBs so far: one aimed at reducing recidivism among adolescent offenders in New York City and one to expand early childhood education programs in Utah. Moreover, Goldman has announced that it plans to raise $250 million for a Social Impact Fund that would invest in things like affordable housing, healthcare, schools, and job creation for disadvantaged communities. Morgan Stanley announced that it is growing its Investing for Impact platform in response to client demand, and, as the latest major bank to follow suit, Bank of America was reported to be looking into launching a Social Impact Bond investing program.

Whether it’s to clean up their images, offer a different type of product to investor clients, or simply do good, there are lots of reasons why the private sector is getting interested in investing in new financial products like SIBs. And if SIBs have turned problems like recidivism and homelessness into investment opportunities in developed countries, why not try it in development too?

In development, we expect that early investors will be trusts, foundations and development finance institutions that are more socially than financially motivated. But we also believe that over time Development Impact Bonds could attract wider sources of private investment as the approach develops a track record. Designing DIBs will involve challenges that may not apply to SIBs, but pilots in developing countries are beginning to attract interest from the investor community as SIBs have done. The social enterprise Instiglio received strong interest from many investors when they announced the design of a SIB to improve girls’ education outcomes in Rajasthan, India. Dalberg Capital has also gotten the support of the restaurant chain Nando’s to develop a DIB to reduce malaria prevalence in Mozambique, and are engaging foundations who are possibly interested in investing.

It is early days for DIB pilots, and trying something new will always raise challenges. But, with all of the activity in the social investment world - and the growing perception in the private sector that needs and opportunities exist for using private capital for social good -  it is doubtful that hold-ups in getting DIB pilots going will come from the investor side. Donor agencies or governments who commit to paying for outcomes are likely to drive the development of early DIB pilots (perhaps with the support of  intermediaries and catalytic funding from foundations to reduce early stage transaction costs, as the DIB Working Group recommends). As sound propositions for pilots are developed, they are likely to be met with investor appetite.