Related policy brief: Strengthening Incentives for a Sustainable Response to AIDS: A PEPFAR for the AIDS Transition

As it does every year at this time, UNAIDS has released its World AIDS Day report. With five out of seven HIV infected people living in Africa, it is appropriate that the report is released here at the International Conference on AIDS and STIs in Africa (ICASA) in Harare, Zimbabwe.

The 272-page report is full of optimistic stories and inspiring photos of recent successes, not only in expanding access to antiretroviral treatment (despite plateaued funding), but also in the prevention of new infections. The main thrust of the report, however, is not to trumpet UNAIDS’ annual release of infection and treatment numbers (new through 2014 and retrospectively adjusted for past years), but to promote a new strategy for pushing new infections below annual HIV mortality, country by country, so that the number of people living with HIV/AIDS finally starts to decline. This is the objective I have called achieving the “AIDS transition,” which is an essential milestone on the road to reducing the burden of the epidemic—and a goal Amanda Glassman and I encouraged PEPFAR to work towards in CGD’s White House and the World briefing book. 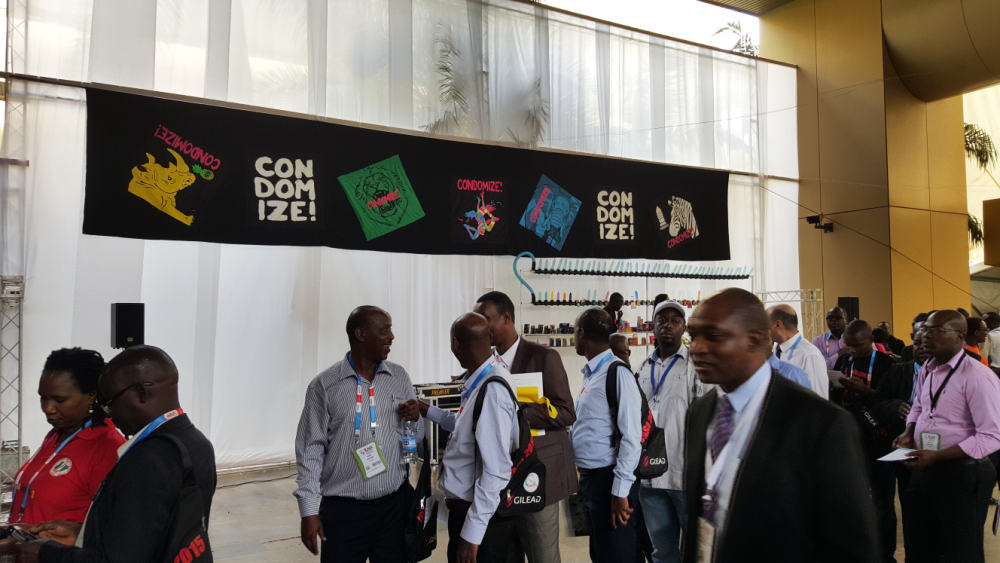 Participants waiting for admission to the ICASA meetings in front of a condom demonstration.

Detailed in their latest report, UNAIDS’ new strategy can be summarized in three words: location, location, location. The idea that national program managers should identify “hot spots” and target them with HIV interventions has been around since the last century. When I traveled to Burkina Faso around 2000 to disseminate our 1997 World Bank publication Confronting AIDS, I illustrated the idea of using a map to identify and intervene at hot spots by drawing on my knowledge of Tenkodogo (see figure 1) gleaned years before during my Peace Corps service there. 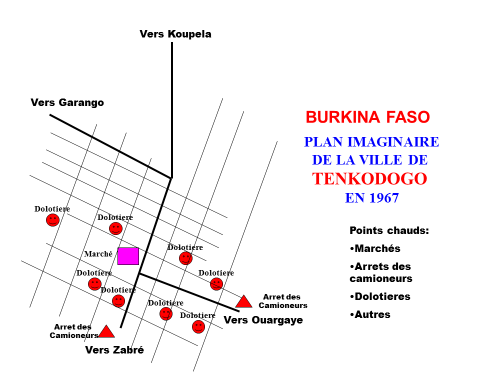 Figure 1. Hypothetical map of proposed locations for HIV interventions presented to the Government of Burkina Faso circa 2000 during a dissemination event for the book, Confronting AIDS. The indicated hot spots represent markets, truck stops, traditional beer sellers, and others. (Source: Author’s archives.)[/caption]


Until recently, however, data on HIV interventions in developing countries were not collected or analyzed at the subnational level. But thanks to the international AIDS community’s emphasis on “knowing your epidemic,” some program planners in AIDS-affected countries are now mapping national hot spots, as in the detailed map of HIV prevalence here in Zimbabwe presented at ICASA (see figure 2). 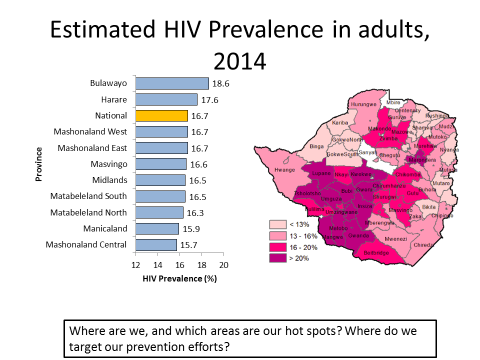 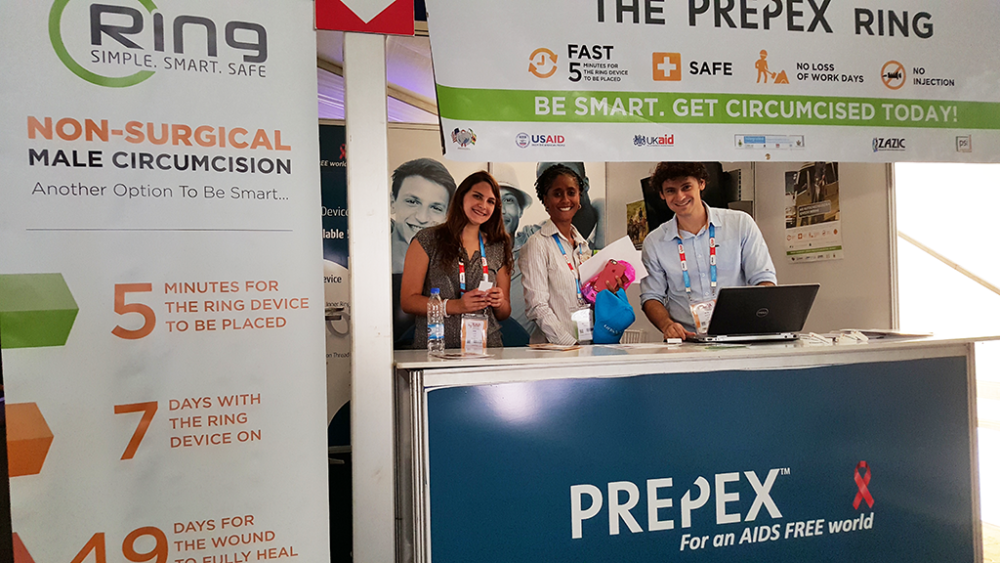 A booth advertising the new surgery-free method for male circumcision.

The new understanding of the effectiveness of geographically differentiated HIV intervention spending is generating a demand for more granular data on HIV prevalence and on HIV service statistics, such as condom distribution, male circumcision progress, and treatment uptake. Such data can be displayed in maps like that of Zimbabwe and, importantly, these types of maps can incite action among district level politicians. For many local politicians, these maps convey better than any words or numbers the burden of the HIV epidemic in their own district and the need to match that burden with HIV intervention resources. It is clear this type of subnational data will be key moving forward, and will require additional funding—and United States initiatives like PEPFAR can help. That’s why, Glassman and I have recommended PEPFAR dedicate $180 million each year to improving subnational HIV infection data.

Let’s hope that a greater focus on location—and the increased political support that such a focus can engender—help each AIDS-affected country make progress towards its own AIDS transition and towards ending the AIDS epidemic by the year 2030.