In a meeting in Salalah, Oman earlier this month, representatives (including ministers of health) of 22 countries in the World Health Organization’s Eastern Mediterranean region reaffirmed their commitment to universal health coverage (UHC) by signing the UHC 2030 Global Compact, making the Eastern Mediterranean the first WHO region to do so. These countries are now obligated to accelerate their progress towards UHC, which is also a Sustainable Development Goal target.

At the meeting, I argued that securing additional resources for UHC would require member countries to implement challenging revenue-enhancing and expenditure-rationalizing measures. Fortunately, the policies needed to achieve UHC are likely to be phased in over time, suggesting the additional resources to fund those policies would only be required over time.

The median health spending in the Eastern Mediterranean is 2.7 percent of GDP, with Jordan spending twice as much as Afghanistan, Pakistan, and Yemen (see figure 1). As a share of total budget outlays, the median allocation for health in these countries is around 9 percent. In three countries—Djibouti, Iran, and Tunisia—health receives almost twice as much in budget allocations. 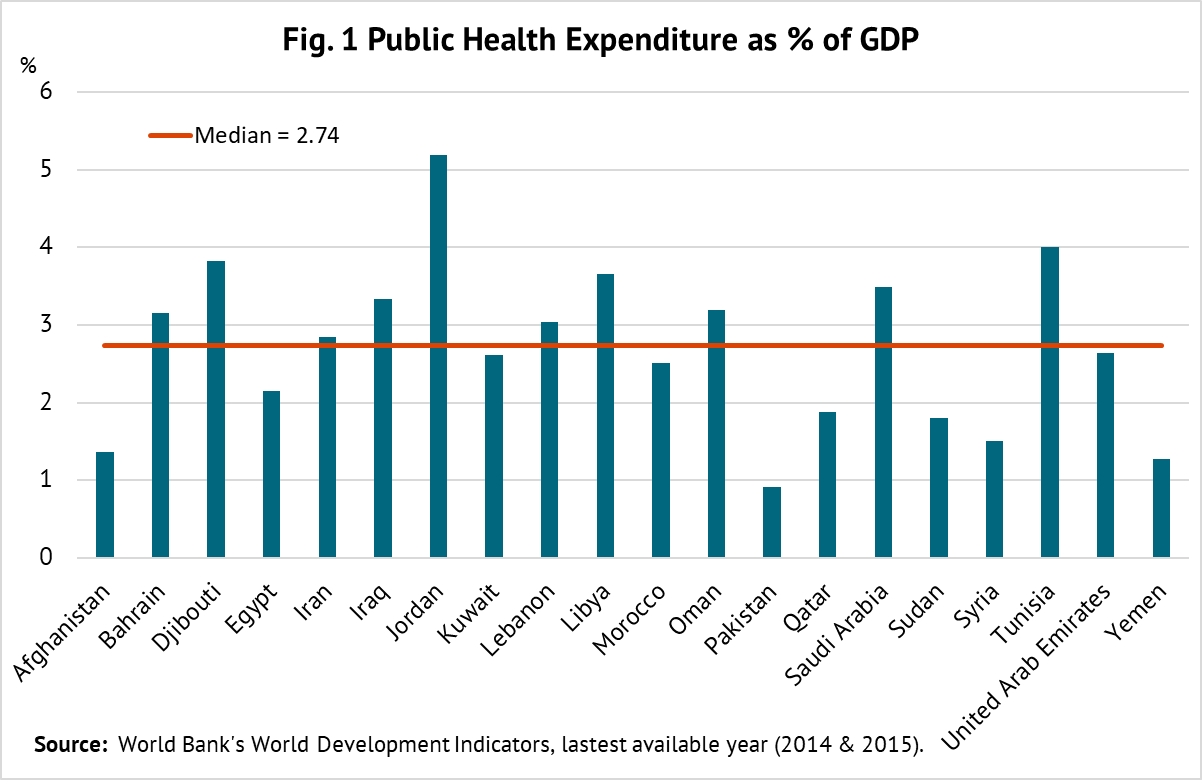 By contrast, the median spending on education is 3.8 percent of GDP, almost one percentage point more than health (see figure 2). Education receives a higher priority in budget allocations than health, with the median share of 12.6 percent, three percentage points higher than health. Evidence from advanced economies indicates that public health spending has a bigger impact on income distribution than public education spending. 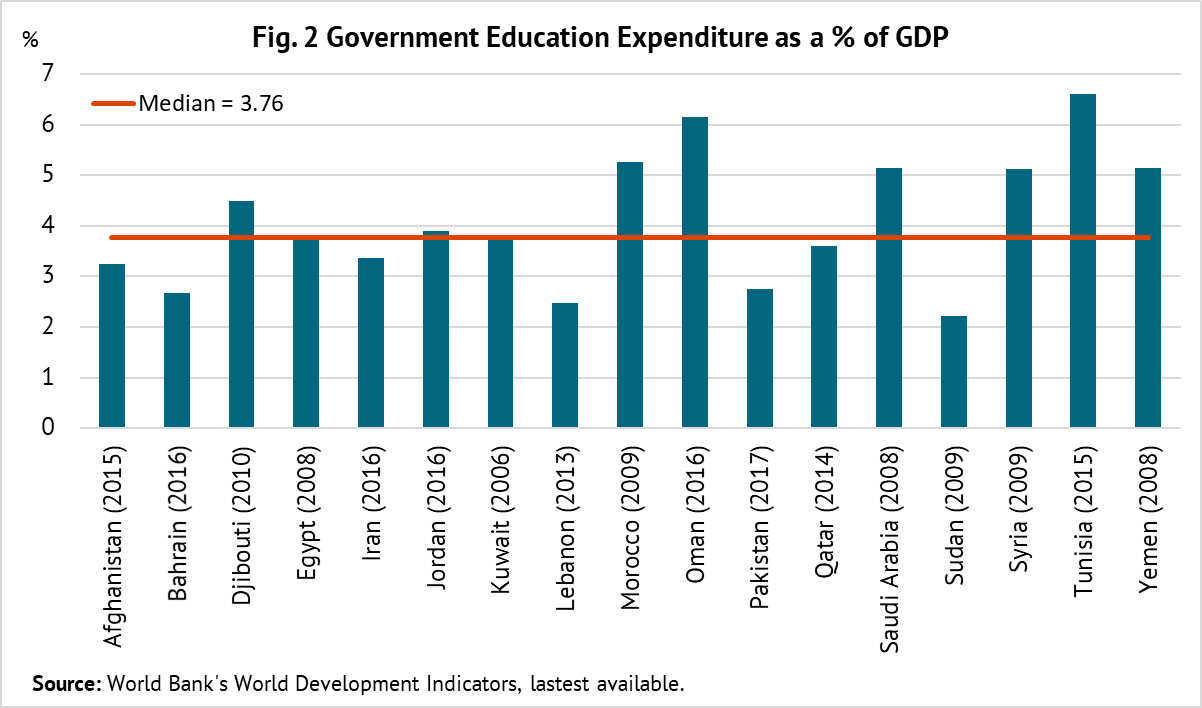 A noteworthy feature of the structure of health expenditures in the region is that almost 50 percent of total spending is out-of-pocket—which is higher than in Africa—and this share has remained stable in the past 15 years.

Fiscal space to finance UHC is tight, but there’s room to expand it

Fiscal space—which is country-specific—is defined by the IMF  as a government’s ability to raise spending or lower taxes without endangering market access and debt sustainability. There is enormous variation in the level of public spending across countries, but median spending in the region is 30.8 percent of GDP—relatively high compared to the average of emerging market economies. This suggests that the scope for expanding health spending for financing UHC is constrained in most cases.

There are several ways that countries can generate fiscal space to finance incremental costs of UHC. For example:

These examples show that it should be possible to generate resources to fund UHC by reforming both spending and revenue policies in the region. But this will require some tough choices by policymakers. It will be a long, but ultimately passable, road ahead.

Publication
Investigating the Inclusion of Vertical Programmes in...
Y-Ling Chi and Lydia Regan