A Long Walk Off a Short Path: Safely Navigating UK Aid’s Route Back to 0.7 | Center for Global Development | Ideas to Action Skip to main content

A Long Walk Off a Short Path: Safely Navigating UK Aid’s Route Back to 0.7 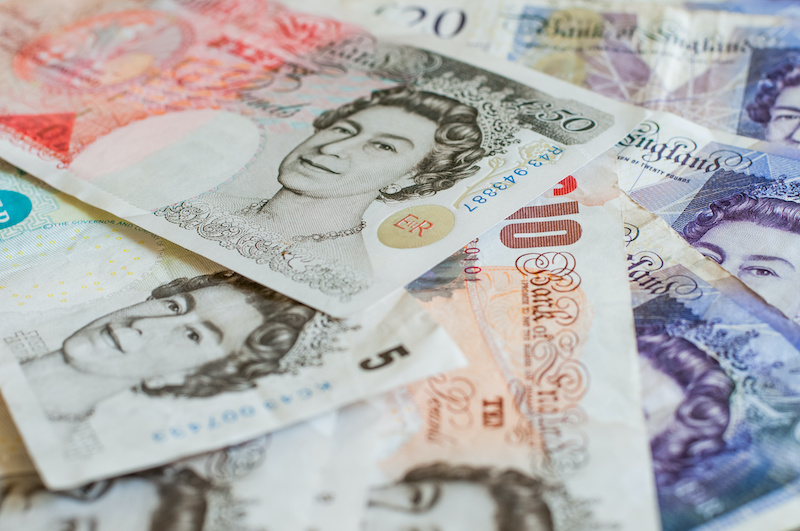 UK Aid: How Secure is the Pathway Back to 0.7 Percent?
Sam Hughes
and
Ranil Dissanayake
October 29, 2021

In the 1985 movie Brewster’s Millions, Richard Pryor plays a minor league baseball player whose eccentric uncle leaves him a fortune, but with one condition: to access the full, vast estate, Pryor has to spend $30 million in 30 days. It sounds fun to begin with, but reality quickly bites and he discovers that spending large sums turns out to be a difficult and time-consuming business.

This may be the first and only time that anyone compares the Foreign Secretary, Liz Truss, to Richard Pryor, but she is about to find herself in a very similar position. The UK’s Office of Budget Responsibility (OBR) predicts that Chancellor Rishi Sunak’s famous two-test decision rule for increasing the UK’s aid budget back to 0.7 per cent of Gross National Income (GNI) is expected to be met next year. If that holds true, it means that the UK has a little less than 24 months to plan, approve and execute additional aid spending of more than £5 billion.

We have been warning for a while that this was possible, and avoidable with a more sensible approach to returning to the legally-mandated level of aid spending. Unfortunately, the recently-published International Development Strategy does the opposite, imposing an additional restriction to how the UK can spend its ODA by promising to reduce the share of multilateral spending in the UK’s aid budget from around 38 percent to around 25 percent.

This is where Liz Truss will start looking like Richard Pryor without the jokes. Spending this much money so quickly, and doing it well, is going to be extremely difficult. We set out why it’s so hard, and trace the narrow path available to her department.

For all that Boris Johnson liked to paint the aid budget as a ‘giant cashpoint in the sky’, the truth has always been incredibly different. So obsessed have successive Secretaries of State been with fiscal prudence, the pursuit of value-for-money and the avoidance of any hint of misuse of UK aid cash, that the process of actually approving aid money to spend is both difficult and time consuming. From idea to first disbursement of spending, an aid project administered by FCDO needs to go through the following steps (all of which are documented in one of an array of published documents that set out the process for agreeing aid spend):

This system is the consequence of the accretion of protections designed to satisfy the Government’s desire for extensive documentation supporting the value-for-money of spending (which is not necessarily the same as the Government’s desire for value-for-money in spending, which may also be pursued in less cumbersome ways); and to forestall the inevitable media backlash whenever a mistake is made.

Jumping to 0.7 while following the strategy could take 100 years of staff time in approvals alone

Using this process as a guide, we can estimate the amount of time taken to go from idea to first spending. Drafting a concept note can scarcely take less than a couple of weeks; and approval from Ministers at least one week. Turning this into a business case will—on average—take at least a month. That’s 51 days from the moment the idea was conceived.

Once the Business Case has been drafted, approval will take, at a minimum, another three weeks. It will probably be longer: the International Development Strategy promises that projects under £40 million will be approved in six weeks, which suggests that they currently take substantially longer; it also suggests that the quality assurance process will be retained for larger projects. That means these business cases might take, optimistically, eight weeks to approve if a simple peer review with no resubmission is required. That’s another 56 days, for a total of 107.

Once the Business Case is approved, there will be a delay while implementers are contracted. We don’t have a great way of estimating this stage, though we hear it’s a major time sink. One thing we can do, however, is estimate unexpected delays in getting an implementer in place. To do so we scraped the information for every UK aid project entered onto DevTracker and calculated the number of days elapsed between the project’s planned and actual start date. It turns out that the average delay is 79 days. Add that to the count.

Even after contracts are signed and the implementer is in place, it can take a while till they’re ready to spend. Using the same dataset, we looked at how many days elapsed between the actual start date of every project and their first disbursement: 82 days, bringing us to a grand total of 268 days.

And after all of that difficulty, how much typically gets spent in the first year of a project’s life, that is, within 632 days of the project idea? Just £4.9 million, on average. A return to 0.7 next year will require the UK spend around an additional £5 billion pounds in aid; meeting the 75% bilateral spending target means that around £3.75 billion of that will need to come from the bilateral portfolio. That suggests that the UK will need to start the process of developing 800 projects in the next 80 or so days if it meets the aid target next fiscal year.

Even if coming up with all those ideas and writing them up isn’t the bottleneck, approvals will be: even in the best case scenario of all approvals taking just 6 weeks (much less than the 107 days we estimate here), that is almost 100 years of approval time in total. This is, of course, just a back of the envelope calculation and the actual calendar time taken will be much less given that approvals will be handled by multiple staff at once, but given that anything above £5 million has to go to Minister and there are just 10 Ministers, including the Secretary of State, you can imagine that this is going to be a pretty messy bottleneck.

The better way, and the likely way

Clearly, it will be very difficult and costly to return to 0.7 in this manner: the FCDO Ministers would need to do literally nothing but approve projects for the next few months to have any chance at all. So, what is the alternative? We have three good suggestions, and two concerns for what actually will happen.

The better way to return to 0.7 has three prongs:

1. Ignore the International Development Strategy and fund the multilaterals

By far the easiest way to spend ODA efficiently and in large volume is to fund the multilateral agencies that have far greater capacity to spend. This wouldn’t be flooding them with money they can’t use: dealing with the health and economic response to Covid-19, the spillover effects from the war in Ukraine, and the cost of green investments in low-income countries alone requires orders of magnitude more money than is currently available. This is a no-brainer.

2. Restore the best projects that were cut, with minimal approval processes

When the ODA budget was slashed from 0.7 to 0.5 per cent of GNI, the cuts were so deep and so fast that it was impossible to focus cuts on poor performers. Our analysis suggested a substantial proportion of the cuts fell on high-performing projects. Since all of these projects had already gone through the extensive approvals processes, if there is any possibility of quickly reviving the best of them, they should be approved on the nod, without a rerun of processes already navigated once.

General Budget Support has gone out of fashion, mainly for political reasons, but as a way of disbursing tens of millions of pounds in an effective way, it has little competition. We don’t propose simply passing the money out willy-nilly, but instead to focus GBS on those countries where there is clear commitment to pursuing development effectively: those that, in Stefan Dercon’s terminology, have a development bargain in place.

We suspect, however, that the Government’s political incentives might push it towards one or both of two different approaches. First, it might instead implement an additional large capital increase to British International Investment or create a new sovereign lending or guarantees instrument that focuses on relatively richer countries, as part of Truss’s doomed attempt to out-compete China. Secondly, the difficulties that the Chancellor’s own system for deciding on the restoration of the aid budget created itself might be used as an excuse not to do it. Will the Foreign Secretary and Chancellor demonstrate that these concerns are unfounded? We hope so.