Local Voices: Humanitarian Coordination in Iraq and How to Do It Differently | Center for Global Development | Ideas to Action Skip to main content

Local Voices: Humanitarian Coordination in Iraq and How to Do It Differently 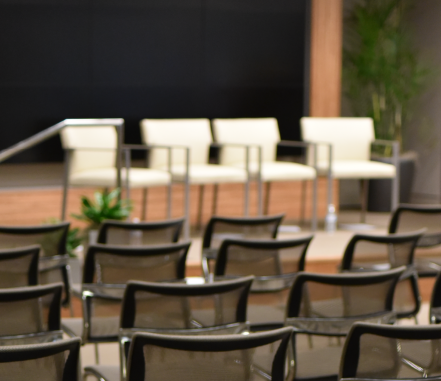 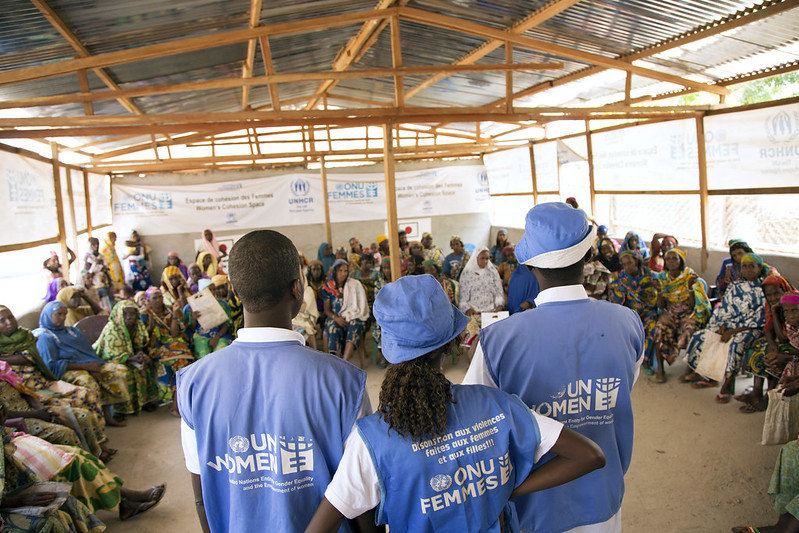 Coordination is essential to effective humanitarian action. But as a recent policy paper argues, the cluster system struggles with persistent weaknesses.

To understand the impacts of this model at the local level, Patrick Saez spoke with May Kayali, executive director of Pekawa in Iraq about her experiences of humanitarian coordination. Below is their exchange.

Pekawa means “together” in Kurdish. We’re a local organization, established in 2016. We started working in water and sanitation and health—in the service area—including medical waste, water monitoring, and vector control.

We also work in water and sanitation in three camps which house 50-60,000 IDPs [internally displaced persons], as a partner of UNICEF. When we did assessments in the camps in 2016—back when the war was still going on—we realised that medical waste was being thrown in with municipality waste. I began to see this trend in seven, eight camps. But nothing was being done to manage medical waste, and nobody talked about it.

Then I learnt about the cluster system through the internet. I didn’t know it existed. Though I had heard of the health cluster. So, I sent an email to them and luckily the person that responded was communicative. He asked, why don't you come and do a presentation? So, I did, and that's how we came to the attention of WHO. From then on, we began entering the cluster system.

It sounds as though your participation was down to your initiative to try to enter and understand the cluster system.

Do other organizations have the same capacity to do that in in northern Iraq? What do you think could be improved in terms of the participation of local actors in the cluster system?

So, what needs to be done? They should go to the Government’s Directorate of NGOs, deliver an announcement as a cluster system, and say “we want to host a training that teaches everyone about who we are and how you can join the cluster system.” Let the Director of NGOs do that announcement. Let the Director of NGOs send these emails in Arabic. It's simple but it ensures that you're sending the right message to the right people.

So, what you need is much more outreach from the UN. What are the main benefits for you engaging in the cluster system?

They set the standards, but so [does] our donor [UNICEF]. However, there were no standards for medical waste. We’re developing the standards because we're the only ones working on it.

For example, all camps have communal showers, surrounded by up to 25 tents. We are in a Muslim world, in a tribal area. Nobody will use communal showers. There’s no way a husband is going to let his wife walk through the tents, go to the communal shower which is 1 x 1M, take a shower, get out undressed and go back to her tent. But this has been done in 100 camps in Iraq. Each camp has 300-600 showers depending on the size of the camp. All of this money has been wasted. We’re talking about millions. Why? Because this is the standard of WASH, of the UN. But we don’t want this standard.

So, people take a shower in their tents. They shouldn’t do that because it’s going to clog the system, but [we must] find a way to instal drainage near the tents—and that is what we did with them.

Mostly, the clusters help you identify gaps. They meet every month, tell us what's going on. They consolidate information. So, it's an excellent place to get information. But we're overloaded with reports from the cluster system.

When OCHA has CBPF [country-based pooled funds] allocations for projects, they establish what outputs we need to produce. Which we are not involved with. If you want, you can write an email but the emails they send out are too extensive. We don’t have time to sit down and read all that. Even if they do let somebody participate, it’s one national NGO and its usually the subsidiary of an international NGO.

Have you seen an evolution of how effective humanitarian coordination has been now that the emergency has passed? What’s your overall assessment, apart from the fact that it’s not sensitive enough to the realities of the context, of how the international system is operating?

The camps are there. The IDPs are benefiting. Without the clusters, it would be chaos. Especially in countries like ours where there is corruption, where there isn’t one decision maker. There’s lots of ethnic groups and religions. You need one entity that brings everyone together. So, that is a positive for the cluster system. But this is being done by internationals for internationals. Where’s the local part?

For example, as part of the COVID-19 response, internationals love to do hygiene kits. Why? Because it’s the easiest output that requires money. But people can purchase hygiene kits in Iraq. There are stores in the camps. Why not give them money? We tell them that people take these hygiene kits and sell them. Everybody knows it, even the cluster knows it.

Plus, hygiene kits are always delayed. We were supposed to distribute them in June 2020. But partners weren’t able to because of access issues, which are always a problem in Iraq. Now the hygiene kits have arrived and we’re giving out double. So, everybody is selling them. Why don’t you just give them money? It requires less resources, and it’s much less costly. The distribution of items is just a waste of resources because it’s going to cost you to tender, to ship, to distribute. Only for the IDPs to sell them at half price.

It’s disappointing that this is still happening in spite of all the commitments to move to cash in humanitarian response.

Our proposal is to have a more localised, area-based coordination system where you would retain the standards that you’re talking about in terms of the cluster lead agencies, but coordination but would be organised based on demand signals from people, and involve local organisations much more. Is that a solution that would improve some of the shortcomings you’ve just described?

Yes, I really believe that we need to work less on a national level and more on a governorate level. For example, we have a WASH programme in schools with UNICEF. We went to the Department of Education in Mosul. The guy said: “I don’t need hygiene sessions. Why are you doing hygiene sessions?” UNICEF is supposed to work on a strategic plan with the Ministry, but sometimes they don’t know what’s going on. He said: “I need more support with school infrastructure. We can teach hygiene; we teach it every day.”

We need more coordination at the local level. For example, go to the [Department of education] and ask them what they really need. Don’t ask: why are your schools dirty—what’s the behavioural problem? The problem is that they have 70 students per class. Each school has 1,000 students. Of course the school is going to be dirty. It’d be the same in the US, in Europe. Put 1,000 kids on 12 toilets and I’ll show you what happens after half an hour. It has nothing to do with hygiene habits.

So, because the interventions are decided in a top-down manner by each agency with a specific mandate, they’re not looking at needs in a cross-cutting, holistic way.

Exactly. In another example, UNICEF has a target to change hygiene behaviours by 2025. So, they’re renovating facilities but doing it at the cheapest price. I know that if I install a $.0.50 tap, it’s going to break after a month. They’re making the same errors that the federal government has already made.

Teach the teachers and stop sending volunteers to do hygiene sessions. Help the federal government host hygiene classes in universities, if you’re going to talk about sustainability.

It depends on the project. For example, in Mosul, the clusters were going to work on the water pipes. They worked with the local municipality but this is less humanitarian action—more like business, but done by agencies.

You really need to innovate solutions. I’m not talking about building and installing piping, which is done according to engineering standards. I’m talking about innovation. It’s not just about doing a hygiene session—that won’t solve the problems, it’s a waste of money. You have to think about a complete package.

It’s interesting that the clusters haven’t transitioned that way. May, if you had a magic wand and you were able to reorganise coordination in the areas where you’re working, what would you do?

Here’s an idea. Why don’t you teach us how to do a similar cluster system locally? How do we use these tools? How can we do capacity training with local organisations? Help us organise ourselves. Then we’ll be on the same page and know what you’re talking about.

Everything needs to be planned, but we don’t see all that. We just see the process at the end. If we’re going to be involved more in planning, we need capacity training to ensure we don’t slow the cluster down. Start teaching us how to govern a cluster or a network—and find a way to involve local authorities.

Involving more local people is the only way to start.

That’s a great way to summarise. We’re touching on the issue of localisation here, and it’s about making the coordination system work for the context and the only way to do that is to go to the local area and involve local actors in all stages of the programme cycle. But to do that, there needs to be deliberate investment in the capacity of local organisations to engage, otherwise it’s always going to exist in parallel.

Keep an eye on this space for more conversations with local humanitarians around the world.