Improving Energy Access: What the US Did in Eight Years, Kenya Has Done in Three | Center for Global Development | Ideas to Action Skip to main content

Improving Energy Access: What the US Did in Eight Years, Kenya Has Done in Three

In the twelve months to June 2016, nearly 1.3 million Kenyan households were connected to the grid for the first time. This impressive feat pushed Kenya’s national electricity connectivity rate to 55 percent from just 27 percent in 2013, one of the fastest connection increases recorded in the region. These latest connections illustrate the Kenyan government’s commitment to a goal of achieving universal energy access by 2020 (at least as measured by number of connections by Kenya Power and Lighting Corporation (KPLC), the national utility that owns and operates most of the electricity transmission and distribution system). 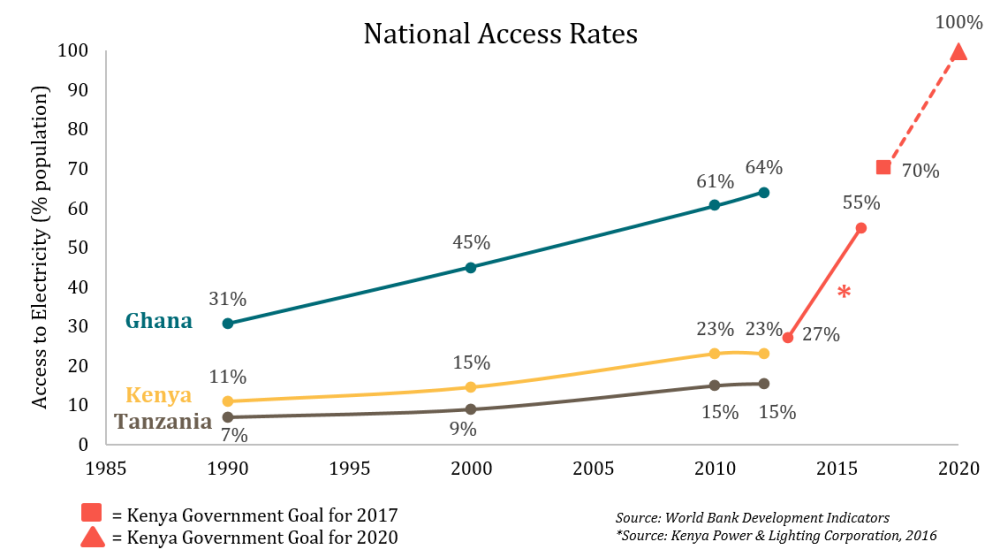 This is impressive. The jump from 27 percent to 55 percent took Kenya a little over three years. That same achievement took the United States about eight years during the height of the push to expand household electrification.[1]

Now, Kenya aims to move from 55 percent to a ‘near universal’ access rate of 95 percent in just four more years—a leap that took the United States nearly twenty-six years. Yes, the U.S. is larger in size and population, but Kenya’s ambitions are still tremendous.  In order to reach its goal, Kenya aims to hit 6.5 million connected households by July 2017, their most ambitious annual connections target yet.  As of the end of last month, they are just about halfway there and roughly on track. 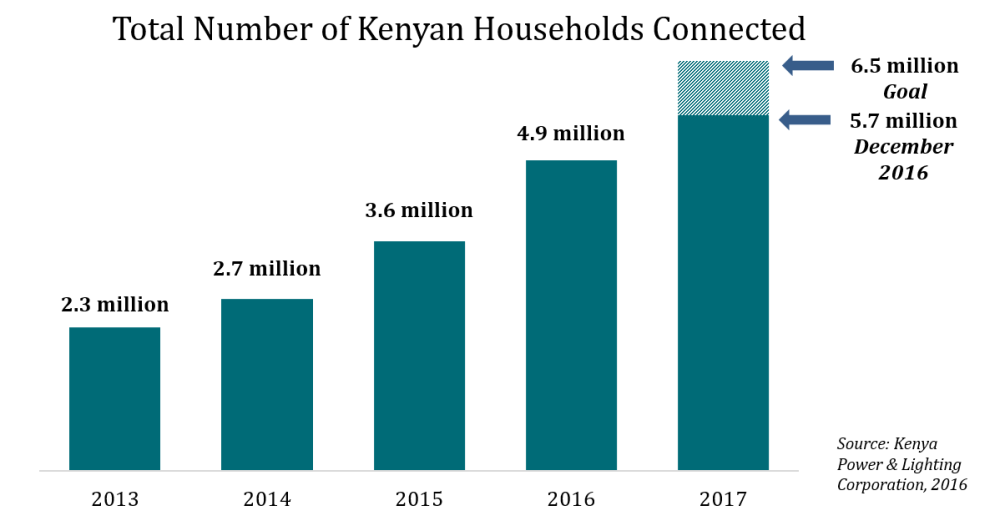 All this highlights Kenya as an example of extremely fast progress in electrification. So, what is Kenya’s strategy?

Will Kenya reach 95 percent by 2020? Due to KPLC’s remarkable transparency on progress on household connections, we can follow along in nearly real-time. Check it out, here.