How NATO Contributors are Resettling their Afghan Allies 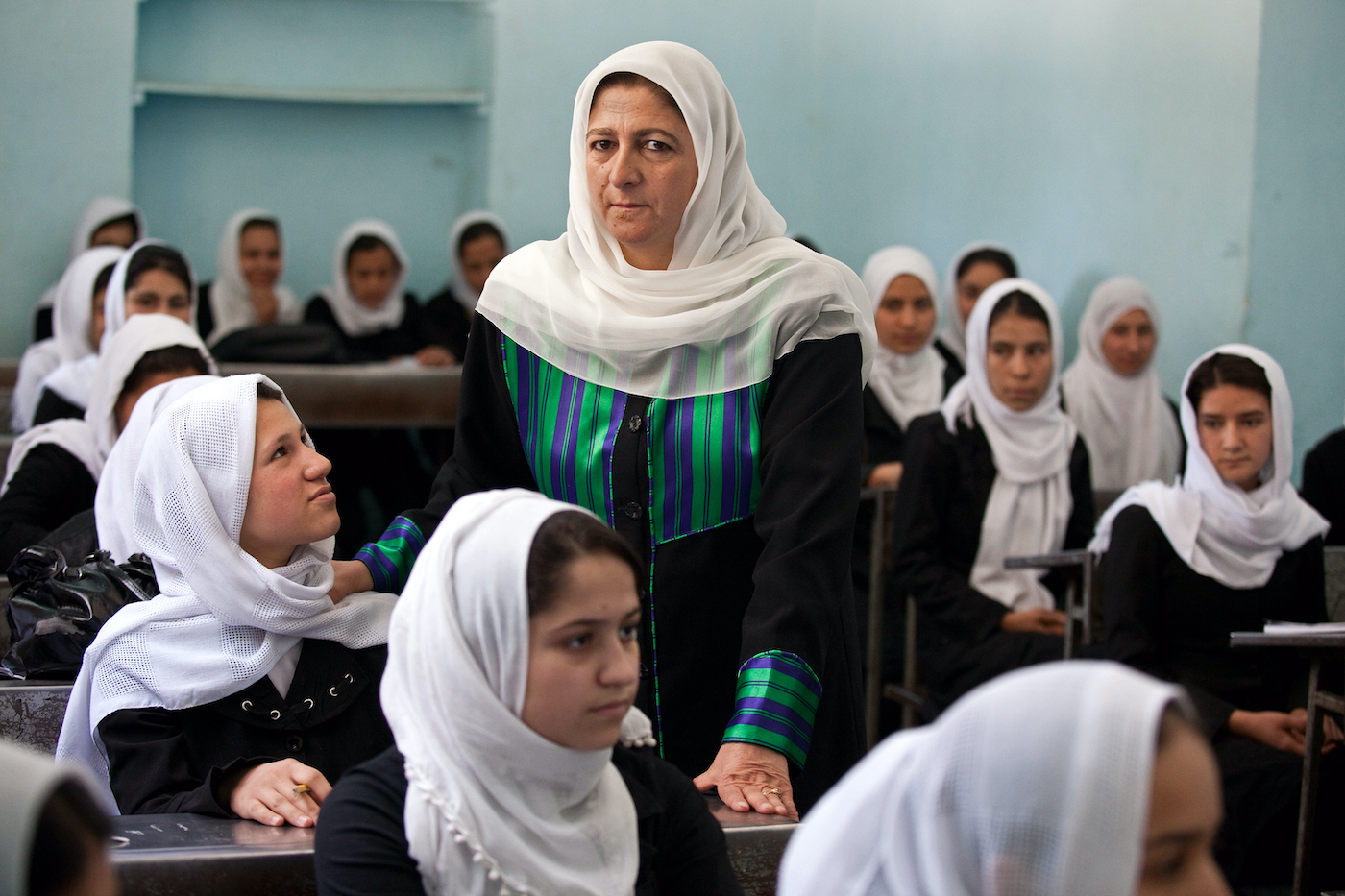 Girls’ Education: A Casualty of the Disastrous Withdrawal from Afghanistan?
Lee Crawfurd
and
Susannah Hares
August 16, 2021

Over the last two decades, forty countries have joined the NATO-led missions in Afghanistan: the International Security Assistance Force (ISAF) and its successor, the Resolute Support Mission (RSM). At their peak (in 2011), 140,000 troops were attempting to provide support to the Afghan security force, institutions, and government to bring about lasting peace for its people. But they have also been supported by thousands of Afghan colleagues, working as interpreters, guards, engineers, guides, cultural advisors, cooks, and drivers.

Early in 2021, NATO and its allies pledged to withdraw all forces from Afghanistan, leaving a vacuum which the Taliban has quickly moved to fill. Despite vocal assurances to the contrary, the Taliban have begun murdering Afghan allies, sending a message that any cooperation is unforgivable.

Customary international humanitarian law includes a responsibility to protect journalists and aid workers from harm, but it does not cover interpreters and others working for allied members. As a result, it’s down to each individual country to determine how they feel they should respond. Here we outline the responses of six of the top ten contributors to the NATO-led forces: Australia, Canada, France, Germany, the United Kingdom, and the United States.*

All the countries above, and more, should (1) expand the eligibility criteria of their assistance schemes to include anyone working for an allied country (for the military, as journalists, or with NGOs) and their families; and (2) develop bespoke refugee schemes, especially for female leaders and others at risk of persecution.

While Australia is not a member of NATO, they have consistently been among the top ten contributors to NATO’s missions in Afghanistan. Since 2013, Australia has been granting visas to Afghan Locally Engaged Employees (the “LEE” program) and their family members. 1,800 Afghans and their families have been granted LEE visas to date, with more than 570 visas granted from mid-April. 50 applications are left to process. These visas are counted within the annual humanitarian program quota, set at 13,750 for 2021-22, though some sources are saying this cap may be revisited.

The process is long and complicated, with government representatives stating that “we have to make sure these people were actually working for [Australia].” Many have been rejected. In recent days, Australia appears to be considering airlifting Afghan translators, though it’s not clear that the airlift would be available to other categories of staff eligible for the LEE visa, leaving many still at risk. As Salim, a contractor, said:

In 2009, the Canadian Immigration Minister announced a special-measures program to bring Afghan allies to the country. Yet two-thirds of the applications to the scheme were refused, and it received criticism for its overly strict requirements. As a result, Canada is now finalizing a plan to bring Afghanistan interpreters and other support staff to Canada “as quickly as possible.” Yet this plan is also plagued with administrative issues. Afghans were originally only permitted three days to complete their application and were assumed not to have interest in applying to the program. An official has since revoked the 72-hour window, though trust has been broken.

Over the weekend, Canada announced that they would resettle 20,000 vulnerable Afghans such as women leaders, human rights workers, and reporters, though details of the scheme are scant and it is therefore not clear whether allies could access the scheme.

To date, 270 Afghan interpreters and support staff have been able to successfully claim asylum in France, just a third of the total number who supported the French army. The process has been unclear and subjective, and there has been no discussion about a separate visa program for Afghan allies. The process, managed by the Office Français de Protection des Réfugiés et Apatrides (OFPRA), put in place a number of hurdles that Afghan allies had to clear including proving “the period of service rendered to the French army, the quality of this service, and the level of the threat.” Advocates cite “scandalous administrative inertia” and argue the vaguely written denials amount to betrayal. As Maître Magalie Guadaloupe Miranda, a lawyer for the Association of Former Afghan Auxiliaries, put it:

Responding to these criticisms, and among worsening conditions in Afghanistan, France has since expanded its criteria to increase eligibility for asylum, including to “endangered civil society persons.” Other European Union countries such as Denmark, Sweden, and Portugal have moved to do the same, with Spain attempting to support EU delegation staff.

Initially, Germany extended the right to asylum for any Afghan civilians who had assisted the German army in the previous two years, though this cutoff has now been extended back to 2013. In total, 23 Afghans have been granted asylum, with more than 2,000 visas still being processed. Yet only Afghans who have faced significant danger while working for the German government will be considered, with applicants having to submit a lengthy report within two years of the contract expiration date. Only direct employees are eligible, not other forms of local contractors. It’s also unclear where people should submit their visa applications and difficult to do so. Despite Merkel calling yesterday for 10,000 people to be evacuated, things have moved slowly. As Marcus Grotian, a captain in the German armed forces, said:

Called “the most generous scheme of its kind in the world,” ARAP has supported over 3,100 former Afghan staff and their families to move to the UK, with more than 1,800 arriving in the last few weeks. Defense Secretary Ben Wallace has vowed to “personally review” contentious claims. In recent days, British military forces have been deployed to help those eligible for relocation under the ARAP to escape and rules around documentation (e.g. carrying passports) have been relaxed. In addition, there is some suggestion that the UK Government is developing a “bespoke refugee scheme,” thought to be announced at the Parliament recall on Wednesday, following Ireland’s similar announcement.

The Afghan Special Immigrant Visa (SIV) program was created in 2006 to protect those who worked for US-funded programs or heled US troops. The International Rescue Committee (IRC) estimates that over 300,000 Afghan civilians are eligible for this visa. In recent weeks, the US Administration has also created a new P-2 designation for those who don’t qualify for the SIV, including "groups of special concern designated by the Department of State as having access to the program by virtue of their circumstances and apparent need for resettlement," employees of US non-military entities, and their families.

Around 20,000 Afghans who worked for the US have applied for Special Immigrant Visas (SIVs). Half have completed the requisite paperwork and 2,000 have arrived in the past few weeks. In mid-July, White House spokesperson Jen Psaki confirmed the “immediate focus” was on the backlog of applications, with some putting that number at 88,000 people. The last flight has now left Afghanistan, though many are still stuck in the country and the US is in talks with the Taliban to allow other flights to leave. As a result the Administration is speaking to countries like Qatar and Albania who may be open to temporarily housing SIV applicants.

Refugees can make a significant contribution to their new host countries: economically, socially, and culturally. Those Afghan allies who have worked closely with NATO troops over the last two decades have skills and experience which are in demand in many of these host countries. Resettling them would not only positively benefit the countries they move to, but also is the morally right thing to do.

*For people assisting Afghans to leave Afghanistan, more detailed information on a wider range of countries can be found here: https://docs.google.com/document/u/0/d/1fOLFOxD6DWs2JrBb1hqf2EXMbC5imN1Bm5LOXnSkfks/mobilebasic?fbclid=IwAR1TbbOQ_1NsWRMjDyEzFVI-CjF-hcMp22nh0_i3f3GYafhJRmfXPuGSz5w#h.hu09t8j0cxyb