Gender Equality: Is the CGD Education Program Walking the Talk?

At CGD, we’re working to achieve global gender equality, and in the education program that means a focus on gender equality in education and beyond. Despite access to schooling becoming more equal, gender inequality remains acute and is deeply rooted in economic, political, and social spheres in developed and developing countries. Over the next few years the Education Program will be researching the role that education can (and can’t) play in building more equal societies for men and women.

But, closer to home, are we walking the talk on gender equality? Looking back on the Education Program’s first year, we took a moment to analyze whether or not we are reflecting those goals in the way we do business in our team, our publications, our events and our meetings.

The answer: We’re not doing too badly, but there’s certainly room for improvement.

Our team has good gender balance overall, but there are more men in senior positions 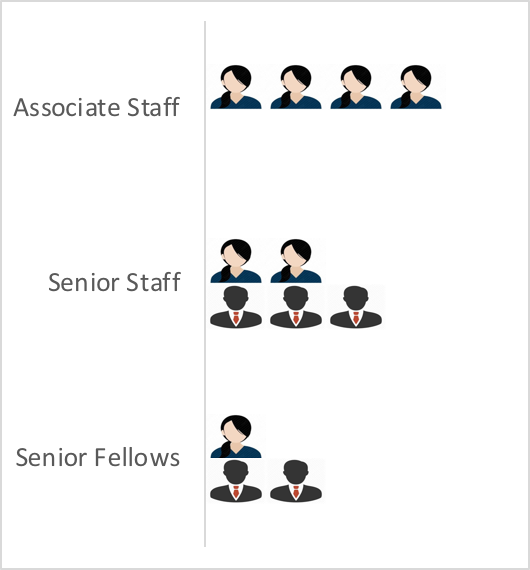 We’re a small team—just 12 people in total—with more women than men overall. However, women disproportionately occupy junior roles, while the majority of our senior staff (five of eight) are men. That’s a pattern that’s reflected across the think tank sector: Research published this week by CGD colleagues showed that just 30 percent of highly compensated employees in US think tanks are women.

What has the team done? Well, apart from a lot of meetings (see Figure 6), we’ve published quite a bit too. CGD staff have published more than 50 papers, blogs, and articles on education since the program was established. Women on staff are authors or co-authors of 27 of these, while men are named authors on 43. That partly reflects the number of senior staff who are men, but it’s also because we have a couple of very prolific bloggers who are men!

Figure 2. Who authored our publications? 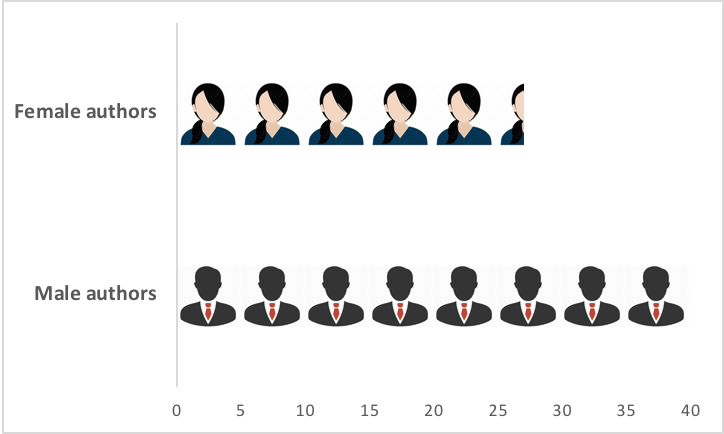 We held 16 events over the last 12 months. These were a combination of roundtables, seminars, larger public events, and one conference. We had a good gender balance: of our 62 speakers, exactly half were women.

Figure 3. Men and women as speakers at CGD education events

We did less well on chairs: 16 of our 28 chairs were men. This was partly due to the female senior fellow being on maternity leave for half of the year but also reflects the disproportionate number of men in senior roles, since CGD senior staff generally chair our events.

Figure 4. Men and women as chairs at CGD education events 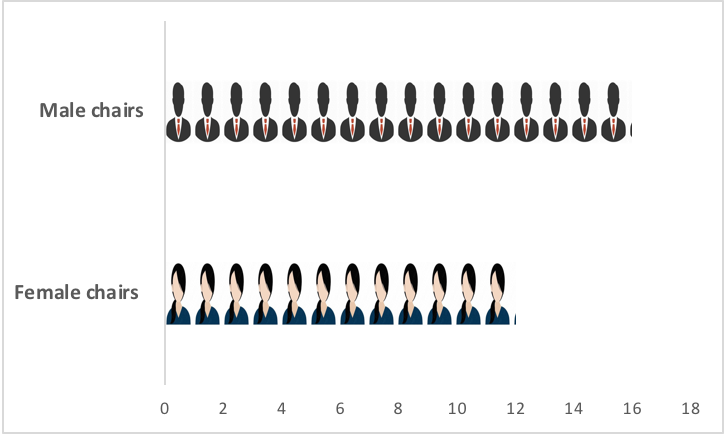 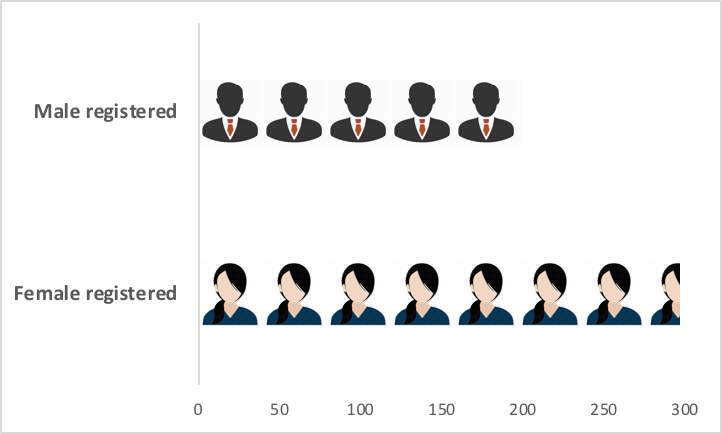 Beyond gender, were it not for one conference held in Ethiopia, we would have done very badly on including speakers from low- and middle-income countries. The vast majority of our speakers at events we hosted this year are based in Europe or the US. We need to do better on that (although visas and other costs remain a challenge to inclusion, unfortunately).

It's High Time We Walk the Talk on Gender Equality in Global Development Workplaces. Here's How.

Members of the education program recorded 415 external meetings this year (that sounds like a lot of meetings—perhaps next year we need to meet less and work more). Fifty-five percent of those meetings were with women and 45 percent with men. (Note: unfortunately, we are likely to have misidentified any people who identify as nonbinary.)

That doesn’t really tell us very much unless we know what the gender balance in the global education sector is overall—sadly, we can’t find that data point. However, we do know that women make up 75 percent of the workforce in nonprofits, so it’s possible that we are disproportionately meeting with men.

Figure 6. Who did we meet with this year? 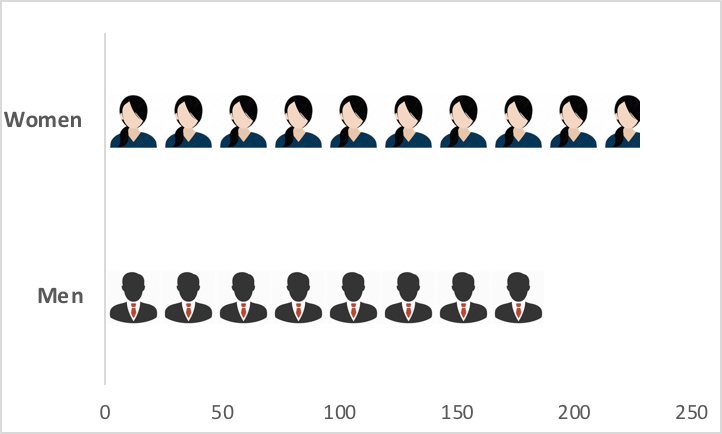 Finally, unfortunately we did not record how much men and women spoke and asked questions during meetings and events. In future, we plan to track who’s talking and—taking inspiration from a survey of behaviour in academic seminars—we’ll include that in our next gender analysis of the CGD education program.

We hosted a LOT of events this year, mainly at CGD’s Europe office. Thank you to our brilliant events team—especially Sarina Drummey, Lindsay Ellis, and Hanna Petros—who made them all run so smoothly.

Catch up on recent analysis from our colleagues on gender pay gaps and stay tuned for broader analysis of CGD’s institutional efforts to improve on diversity, equity, and inclusion. You can read more about CGD’s commitment to gender diversity here, including our organization-wide pledge for gender diversity in event panels.)