The Curse of Falling Expectations 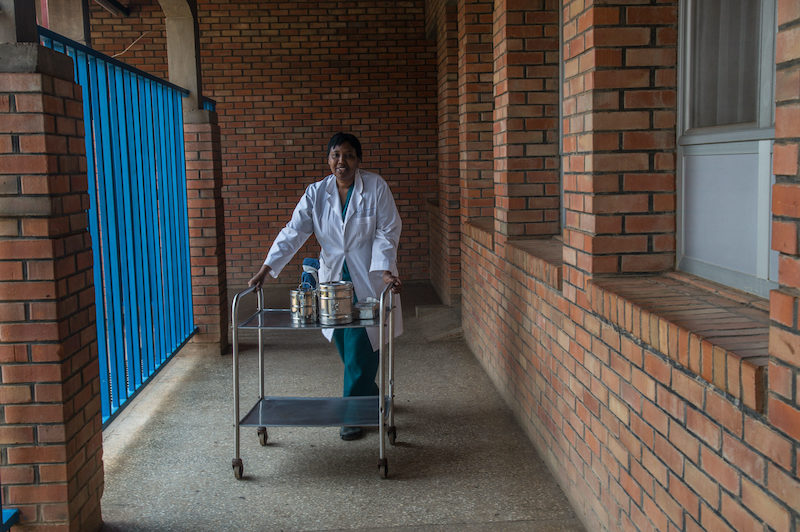 This blog post originally appeared as an op-ed on Project Syndicate.

When a society goes from broadly shared growth to a state of malaise or decline, the ensuing pain is not just economic but psychological. Now that tens of millions of people in developing countries are suffering precisely such a reversal of fortune, the political fallout is sure to be tumultuous.

Washington, DC - Until COVID-19, many people in the developing world felt good about their futures. Overall, developing countries had recovered quickly from the 2009-10 Great Recession, and many – especially in Africa and Latin America – were enjoying the benefits of China’s ever-growing demand for oil, minerals, and agricultural commodities. Expectations were rising.

Not so in the US, where the benefits of economic growth since the 1980s have been funneled to the already rich, with the middle class and the poor increasingly falling behind. Many analysts attribute the rise of the populist right and US President Donald Trump’s election in 2016 to these trends. While the middle class has shrunk, a growing cohort of working-class white people has fallen into despair. Many are angry and frustrated over globalization-induced job loss, government neglect in the face of an opioid epidemic, underfunded social programs, and even profit-driven capitalism itself. (The interesting exception to working-class malaise is among black and Hispanic people, who have become more optimistic about the future as they close the gap with working-class whites.)

The end of rising expectations in America came slowly, over the course of many decades following the post-war boom, during which longstanding political institutions and established norms made the US liberal-democratic system relatively resilient. But in the current century, social cohesion (at least for whites) and a shared sense of moral progress began to decay, leaving the body politic increasingly vulnerable to the appeal of illiberal populism (and worse).

This experience holds lessons for developing countries. Dashed expectations are bad not only for individuals’ health and wellbeing, but also for a society’s ability to build and sustain democratic norms and institutions.

Economic growth in the developing world has generally been stronger and steadier than in the US for more for than a generation. China and India took off in the 1990s, and most other developing regions followed suit by the early 2000s, including – most dramatically – Sub-Saharan Africa. This growth has been inclusive enough to lift tens of millions of people out of extreme poverty ($1.90 per day), yet it has not necessarily secured their place in the middle class. Instead, there is a massive new class of “strugglers” whose families get by on $4-10 per day per person.

Though strugglers are better off than the poor, they lack regular paychecks and social insurance, and are thus vulnerable to household shocks such as a health crisis or a sudden loss of employment. Most are self-employed or informal workers in the food, transportation (ride-hail drivers), and retail sectors within expanding urban centers. Comprising more than three billion people in developing countries, they are both ambitious in pursuing a better future and anxious about the constant risk of falling back into poverty.

Over time, economic growth has lifted some strugglers (most likely those with some secondary education) into a large and fast-growing middle class, with daily incomes of $10-50 per person. Still, working-class struggler households predominate in the developing world, making up about 60% of people, with middle-class households constituting another 20%, and the extremely poor and the rich accounting for about 12% and 8%, respectively. Among these, it is the struggler and new-middle-class households that face the greatest risk from the pandemic-induced macroeconomic shocks that developing countries are experiencing.

Andy Sumner of King’s College London and his co-authors estimate that a COVID-19-induced contraction in developing countries of 10% of 2020 GDP would push about 180 million people below the $1.90/day extreme poverty threshold. And while the World Bank has based its own estimates on smaller, country-specific GDP contractions averaging 5%, it still warns that 70-100 million people could fall into extreme poverty.

Meanwhile, the poorest of the pre-pandemic strugglers may suddenly find themselves among the “extreme poor,” and an even larger number of the remaining strugglers – almost 400 million, based on World Bank estimates – are vulnerable to sharp income declines during the current recession. Add another 50 million people in middle-class households who are likely to become strugglers, and as many as 450 million people –more than the entire US population – are at risk.

What does it mean for millions of people suddenly to find themselves worse off than they had expected, through no fault of their own? Latin America’s experience shows that when a vocal and demanding citizenry suffers a sharp reversal of expectations, the result is US-style social tension and political polarization. In 2014-15, growth across the region began to flag badly, averaging below 1% per year, which implies negative per capita growth. As a result, conditions that were tolerable when the economic pie was growing suddenly became less so.

In the five years since, huge protests have erupted in Brazil, Bolivia, Chile, Colombia, and Ecuador, most of them over official corruption and the insider privileges enjoyed by political and corporate elites. Only in relatively well-off Chile were protesters successful in achieving progressive change.

In the shadow of COVID-19, the developing world is experiencing severe political and financial pressures. Without their own tradable currencies, these countries cannot borrow from future citizens (as the United States and the European Union can) to meet their immediate needs.

Given the risks of fraying social cohesion, political instability, and recrudescent autocracy and populism, the International Monetary Fund and multilateral banks need to offer far larger lending programs for middle-income countries. These should be simple and straightforward, designed to finance immediate cash transfers to ensure that children in poor and struggling households do not go hungry and abandon school permanently. Such investments are necessary to reap the returns in future human capital upon which development ultimately depends.

The COVID crisis is a moment when liberal democrats in the US must not only resist authoritarianism at home, but also lobby for additional support to developing countries. When people who believed their prospects were rising no longer do, politics can become messy – with collateral damage to freedom and civil liberties – very quickly.