CGD’s Panel at the #HLM2 in Nairobi: Can Insurance Fix Emergency and Humanitarian Aid?

That was the question we posed to the impressive panel that we convened last week in Nairobi at the second high level meetings of the Global Partnership for Effective Development Cooperation. It’s a timely question: UN agencies have just set out their request for funding in 2017 to tackle crises: an eye-watering $22 billion, the largest ever request by the organisation. 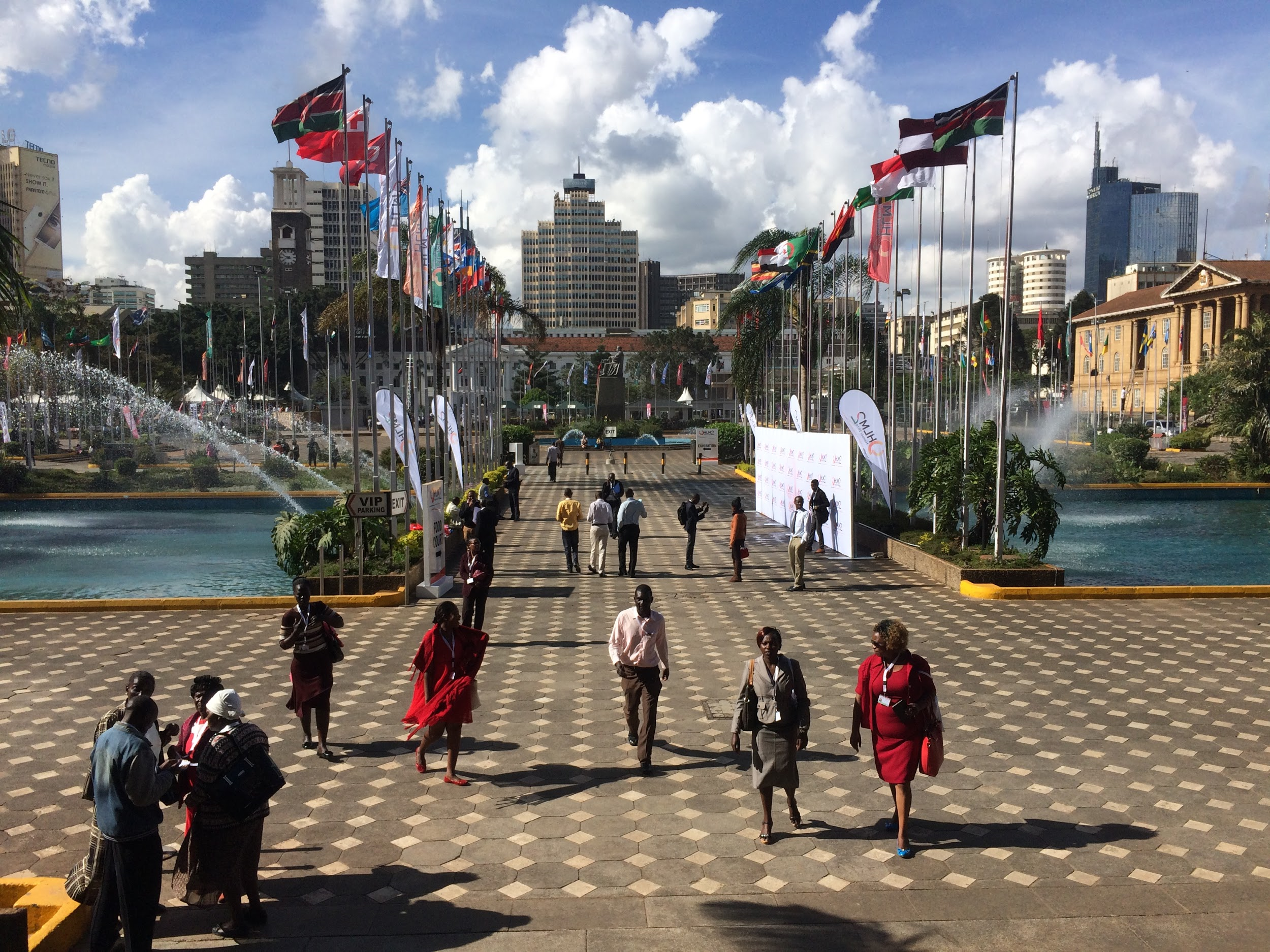 The panel is part of CGD’s on-going Payouts for Perils working group, focused on pinning down technically specific, politically saleable, and financially scalable innovations that we can invest in to respond better to expensive but predictable perils. That includes events like storms (think Haiti), earthquakes (think Nepal), or droughts (think the ongoing risks across the Sahel, including Kenya and Ethiopia).

Our panel in Nairobi brought together two critical skills to improving emergency aid: development expertise and risk management nous. We left it with four strong takeaways.

Our panel benefited from a stellar cast. Sitting in for the UK’s delegation to the meetings was Pete Vowles, the head of DFID’s programme in Kenya, ultimately responsible for delivering more than £150 million in UK aid. Pete told the audience how DFID is investing in new approaches to aid, including supporting a national safety net—Kenya’s Hunger Safety Net Programme—capable of reaching households affected by natural disasters instead of requiring a full-scale mobilisation by donors. 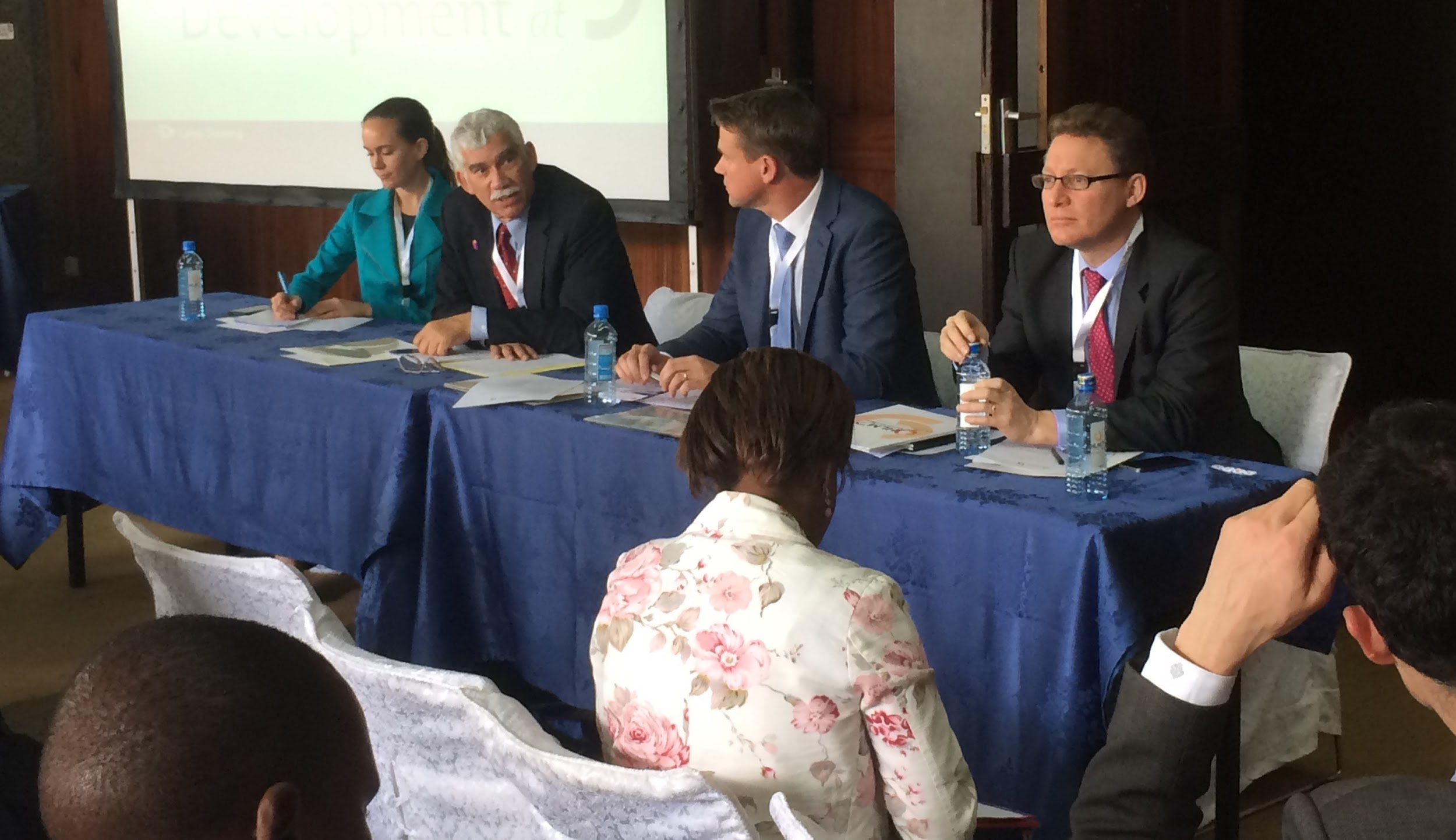 But in an environment like the horn of Africa, the budgets of DFID and other donors face a host of threats. Let’s say we allocate $100 to deliver vaccines. If a drought arrives, we’re faced with stark choices: tackle it by taking some money from our immunization campaign, or use some flexible funding we’ve held back. We either diminish one programme to subsidise another, reduce our pot of savings to respond to a later crisis, or fail to respond to the drought. That’s a list of bad choices.

Success in these difficult circumstances depends on the ability to mobilise the right amount of money at the right times. But that means either holding funds back against unknown future risks—and not being able to spend them to tackle poverty here and now—or facing the risk of being underfunded when rare-but-expensive perils arrive (or both).

That was the risk raised by Alex Palacios, who joined Pete on our panel. Alex is a senior official with the Global Partnership for Education, which raises international financing from donors to invest alongside more than 60 national governments in education systems around the world.

Those investments are now worth more than $4 billion globally. In Alex’s words, this is a portfolio that blends education inputs—like teachers’ salaries and line ministries’ capacity—with a policy shift toward spending more, over longer horizons, to educate future generations. Left intact, that portfolio delivers social and economic returns from schooling.

But that success, as Alex succinctly put it, requires resilience. When storms destroy schools, entire cohorts are set back—in some cases permanently. So delivering on goal 4 of the SDGs means both building education systems, as GPE does, but also making sure we can get kids back into school quickly after disasters strike.

3. There’s an industry that provides capital on call

Pete and Alex were joined by two professionals from an industry that we think might help donors solve some of these thorny problems.

Ginger Turner, a senior economist at the (re)insurance firm Swiss Re, pointed out that many of the problems we think of as “budgeting” are actually precisely the problems the insurance sector has native expertise to help solve.

One approach for DFID to manage its commitment to the HSNP, for example, would be to <deep breath> estimate the chance of drought, guess at the additional cost that implies, hold all that money on its books, and take the chance of either underfunding its response by guessing wrong or having more money left at the end of the year (which, in turn, means underspending on other urgent challenges).

The alternative is to set up a contract that pays out in case drought is on the horizon, for example by crunching average surface temperature and rainfall through a simple equation. As Pete pointed out, that’s precisely what the African Risk Capacity—a mutual insurance scheme across several African governments that the UK helped to set up—does.

Insurance, in other words, is an entire sector devoted to charging the rest of us a bit of money at regular intervals to keep money on call for when things go wrong. For frontline agencies and vulnerable countries, using insurance thinking and contracts could unlock a cascade of benefits. They don’t need to stock up on money that leaves them over- or under-funded. They know how much they’ll get if things go wrong, enabling planning. And they can match the payout in the insurance contract to the set of risks they face. That can catalyse faster, better-organised response—and avoid waiting for things to go wrong, hoping that donors will step in adequately and quickly.

4. (And it’s a pretty competitive one)

There’s a healthy dose of skepticism and distrust when we in the public sector contemplate shaking hands with our colleagues in the private sector. How can NGOs and donor agencies be sure to get a good deal?

Certainly this matters both for politics and for prices. This week’s biggest development story in the UK isn’t that the Multilateral Aid Review showed that the vast majority of British development dollars go the highest performing agencies. It’s about bad behaviour by Adam Smith International, a deep-pocketed aid contractor that submitted fake testimonials about its performance to MPs and took advantage of private government business plans when organising supposedly-competitive bids.

Rowan Douglas joined Ginger as an insurance sector voice on our panel. In addition to working his role as a senior executive at London’s Willis Towers Watson, he co-Chairs the Insurance Development Forum, an initiative to help more aid agencies and governments take advantage of insurance tools.

Rowan had two pithy answers to Owen’s question about getting a fair deal. First, donors should absolutely invest in technical capacity that would help agencies and governments be informed buyers of insurance. There are already growing teams in agencies like USAID and DFID (not to mention first responders like Mercy Corps) with backgrounds in actuarial science and an understanding of the insurance industry.

Second, competition is one of the best guarantors of fair prices. An annual review for ARC notes, for example, that it was able to get extremely competitive quotes for its insurance contract, ultimately receiving $55 million worth of coverage from 12 different reinsurers for just over $5 million in premiums. Insurance, in other words, is like any other industry: more transparency about procurement and more competition amongst providers translates into a fairer shake for all of us.

As Pete noted in his own smart blog post after the event, “risk thinking” and (where appropriate) insurance contracts aren’t silver bullets. But that’s okay: we aren’t hunting werewolves. Smarter financing won’t solve the humanitarian funding challenge, but it seems like a good way to free up more money for emergency response, make our assistance cheaper and more predictable, and leverage the skill and expertise of a competitive and capital-rich industry into the bargain. 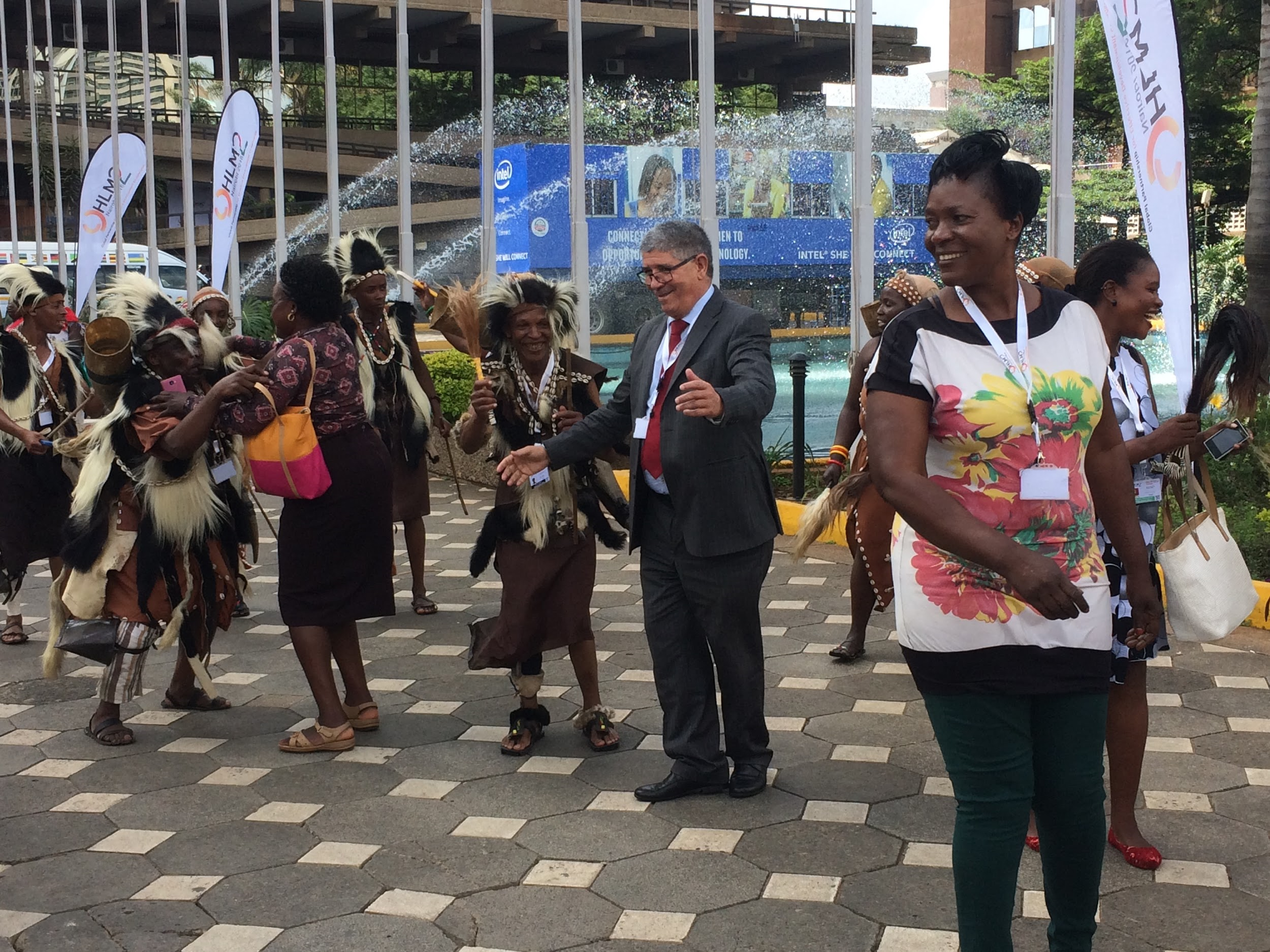 Officials hard at work during the HLM2’s opening ceremony

Put simply, how we spend our aid dollars affects the quality of the help we deliver. But this is a piece of our humanitarian spending runs on legacy software: we wait until things go wrong before soliciting funding from donors to meet their costs. As Stefan Dercon, co-chair of CGD’s working group on this topic, has put it, that’s a 12th century financing solution to 21st century problems.

We’re confronted with refugee crises and tragic and continuing conflict in the Middle East and Africa. Our front pages are filled with evidence of our creaking emergency aid system. In a world where predictable, insurable risks contribute to instability, drive poverty and cause displacement, rich countries don’t need to appeal to humanitarian principles to inspire change. Simple self-interest should also do the trick.