Board of Men at the World Bank

The World Bank is committed to the importance of gender equality to development outcomes. As President Malpass has put it, “Research from the World Bank and others shows that unleashing the economic power of women can contribute to global growth. Moreover, it is the right thing to do.” And the Bank has recognized its own challenges in reaching gender equality, especially at the Board level. In 2019, World Bank staff and board members both demanded faster progress toward equality on the board. The Development Committee, made up of the institution’s shareholders, announced that “we continue to support the Board in its work to enhance and promote gender diversity at the WBG Executive Boards.”

So it is heartening to see that the number of women on the Board has climbed by 20 percent between 2018 and 2020. Kudos to the Bank’s shareholders. Before popping bottles, however, it is worth noting that result means they have collectively increased the number of women at the Bank’s tiger-maple top table from five out of 24 to six out of 24 –from 21 percent to 25 percent. Taking a longer view, progress looks even less impressive: there were six women executive directors ten years ago. And exclude constituencies predominantly representing countries in the Americas, the current number of women Executive Directors falls to two: China’s Junhong Chang and Poland’s Katarzyna Zajdel-Kurowska. Western Europe (outside of Spain), Africa, the Middle East, and South Asia lack any women’s representation.

The selection of board members varies based on constituencies. “Shared” constituencies (which consist of several countries) have to navigate multi-capital negotiations over candidate selection while keeping gender in mind. But seven countries appoint their own executive directors (UK, France, Germany, Japan, US, China and Saudi Arabia). They should have a much more straightforward job if they are serious about increasing the board’s gender diversity: they can simply pick a woman. And yet only two out of the single-country constituencies have done that.

The financial sector as a whole is one of the most gender unequal. But greater women’s representation on boards is associated with better banking results. And the World Bank’s mission is too important to be hampered by a board filled with any but the strongest candidates. It is past time to do better.

Women and Men on the World Bank Board: A Decade of Progress? 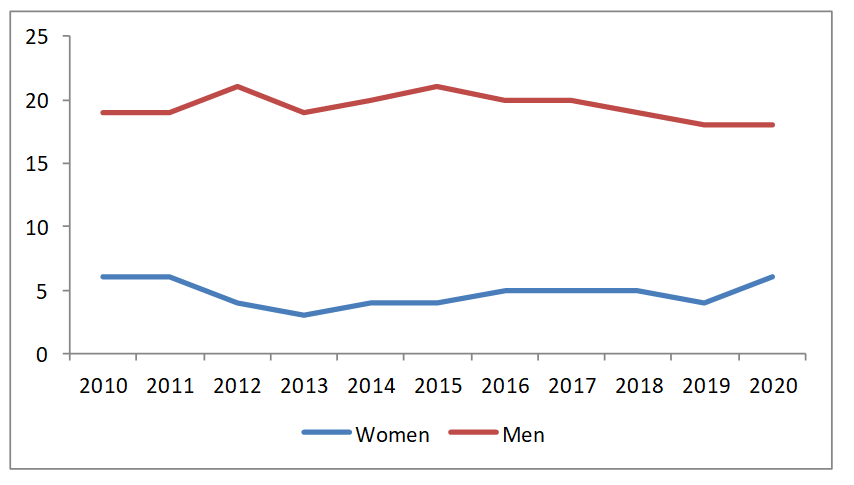