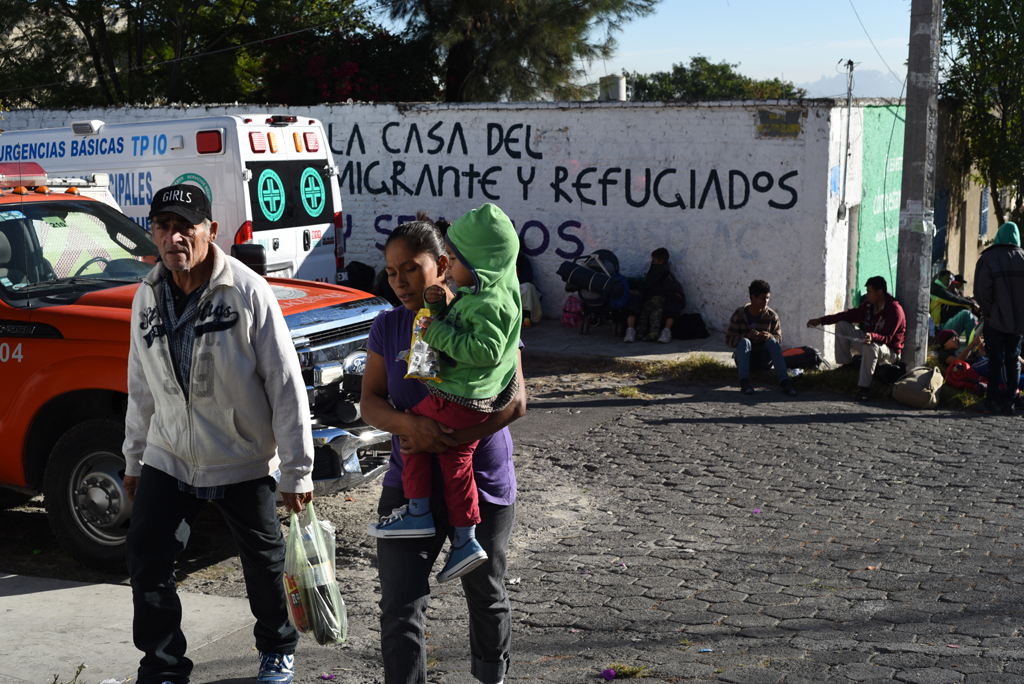 Responding To Northern Triangle Migration With Policy
Cindy Huang
and
Jimmy Graham
May 14, 2019

Right now, it is very difficult for women fleeing violence to seek asylum at US border. Title 42, an unfounded public health order prohibiting the entry of asylum seekers due to COVID-19, ensures that effectively anyone who attempts to cross the border without a visa can be immediately expelled. This standard is arbitrarily applied, given that the United States has now granted tourists standard entry procedure, allowing them to cross the border. Only people who enter the country to seek asylum are subject to Title 42 expulsions under the guise of a public health justification.

Title 42 runs contrary to commitments from the Biden administration and Congress to protect women and children fleeing violence. In a recent hearing, for example, Ambassador Julieta Valls Noyes, the nominee for U.S. Assistant Secretary of State for the Bureau of Population, Refugees and Migration, stated that she would respond to gender-based violence to “uphold the administration’s commitment to women’s health.” The U.S. House of Representatives recently approved a bill allowing the State Department to enter into bilateral multi-year agreements, known as “Women and Children Protection Compacts,” with the governments of Guatemala, El Salvador, and Honduras. These Compacts will focus on creating safe communities, promoting prevention and detection of gender-based violence, and increasing access to health care. This legislation is a solid demonstration of the United States’ support for women in the Northern Triangle. Unfortunately, women still don’t have the right to seek asylum in the United States if these provisions fail.

The Biden-Harris administration must do more to uphold the health and rights of women displaced from Guatemala, El Salvador, and Honduras. Despite evidence from data, calls from international organizations, and retellings of personal accounts, there has been little tangible US policy, either through prevention efforts against gender-based violence in Central America or through asylum for those who are displaced to the United States as a result. In this blog, we offer tangible policy recommendations, including what should be done through the new Compacts, to start offering such protections.

Across the Northern Triangle, there are high rates of gender-based violence, including domestic violence, gendered gang intimidation, and femicide. In Guatemala, El Salvador, and Honduras, 1.8, 3.3, and 6.1 out of every 100,000 women, respectively, are murdered due to their gender. And COVID-19 has only exacerbated domestic violence globally, including in the Northern Triangle countries. According to UNFPA, for every three months of lockdown measures around the world, “an additional 15 million cases of gender-based violence are expected.”

Guatemala, El Salvador, and Honduras have made policy changes to prevent gender-based violence, including codifying “femicide” as a crime punishable by law. There are certain institutions, such as the ISDEMU in El Salvador, the SEPREM in Guatemala, and the INAM in Honduras, that are entirely focused on promoting gender equality. Realistically, however, laws and penalties against gender-based violence are not enforced due to a lack of funding and political will. According to the Center for Gender and Refugee Studies, “widespread impunity remains the norm.” It is estimated that 98, 88, and 96 percent of all women’s murders recorded in Guatemala, El Salvador, and Honduras, respectively, remain unsolved.

During the COVID-19 pandemic, some government institutions and nonprofits have begun to offer innovative ways to report gender-based violence. In Honduras, television advertisements based in behavioral science run by the National Institute of Women of Honduras encourage women to report. The International Rescue Committee (IRC) hosts CuéntaNos, a platform for people in Guatemala, El Salvador, and Honduras to access information about various services, including health and legal assistance for victims of violence. Data collected through the CuéntaNos platform showed a stark increase in searches and requests for help due to gender-based violence during the pandemic. This data contradicts the findings of an official Salvadoran government report written by ISDEMU, which cites a decline in violence against women during the COVID-19 lockdown. Various NGOs dispute this finding.

The idleness among security forces, evident in impunity rates, is often cited as a barrier to adequate protection (although Northern Triangle countries are by no means exceptional in this regard). The current $4 billion aid package pledged by the Biden-Harris administration commits to “strengthening prosecutors’ abilities to pursue domestic violence cases and put perpetrators behind bars,” along with restoring asylum access. In addition to reactive measures, UN Women also recommends that governments work closely with grassroots women's organizations and feminist networks to heighten investment in prevention. Indeed, during the COVID-19 pandemic, policy responses enacted across countries have placed significant emphasis on services to survivors once violence has been committed, with less emphasis on mitigation and prevention.

How the US can respond

The Women and Children Protection Compacts must include provisions and funding for preventative programming. The US government has supported various programs focused on gender-based violence, including funding a family law center, mediation center, and play therapy center (for children victims of domestic violence) in El Salvador and training police officers on domestic violence procedures in Guatemala. Yet investment in prevention of violence against women, including health programming that engages men and fathers, cash transfers for those at risk, and preventative workshops for those in local leadership positions, remains a miniscule share of official development assistance (ODA). According to a 2019 report by the Equality Institute, “investment in prevention of violence against women and girls in the past five years has totaled approximately US$2.042 billion, which is less than 0.002 percent of annual official development assistance.” While the Trump administration’s $750 million commitment did not include benchmarks for reducing violence against women, new executive funding requests and proposed legislation present an opportunity for growth in evaluation and understanding. An increased focus on gender-based violence prevention, both at home and abroad, is aligned with a stated Biden administration priority reflected in the newly-released National Strategy on Gender Equity and Equality.

2. Fund and collaborate with women-led organizations and movements

The Biden-Harris administration’s efforts should adopt principles of localization for GBV through close consultation with women-led organizations and movements in Guatemala, El Salvador, and Honduras. Though involvement of local governments and political will is vital, U.S. funding should go directly to grassroots organizations and contractors based in the region. Given the lack of reliable statistical data, the collection of municipal-level data should also be a priority, as done consistently through both government and civil society organizations.

Protection for displaced women & girls in the US

Given the escalation of violence against women during COVID-19, the US government has the urgent responsibility to eliminate Title 42. The Biden-Harris administration has been citing capacity constraints as a reason to uphold the policy, given the unsanitary, crowded nature of detention facilities. But in order to follow through on the Biden-Harris administration’s commitment to “restore full access to asylum for domestic violence victims,” Title 42 must end now.

Title 42’s public health rationale is built on the assumption that COVID-19 will spread in crowded Customs and Border Protection (CBP) facilities. But according to public health experts, “it is possible to both safeguard public health and to ensure access to refugee protections.” It is evident through the processing of other groups of migrants that the US has the legal and practical ability to safely process asylum seekers during the pandemic. Testing and quarantine measures can also be put in place for adults and families paroled into the United States and unaccompanied children who qualify for expedited release. If public health is truly a priority for this administration and the Bureau of Population, Refugees and Migration, then the full range of concerns impacting women’s health and well-being, including the risk of gender-based violence, must be prioritized over the “health” argument that serves as the feeble basis for Title 42.

Asylum seekers fleeing domestic violence are largely doing so as a last resort. According to a 2015 UNHCR report, 57, 78, and 80 percent of Guatemalan, Salvadoran, and Honduran women, respectively, attempted to move internally before seeking refuge in another country. US foreign assistance, while it may make a difference, will not entirely prevent such displacement.

With thanks to Helen Dempster for advice and comments.